An Iranian singer supported by the country's hard-liners has become a source of embarrassment after he greatly offended Shiite Islam in a social media post. 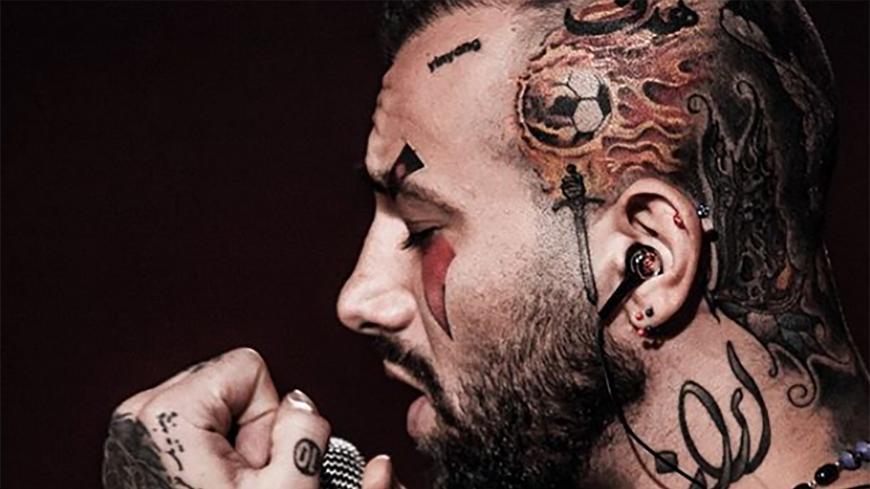 Furious reactions are pouring in after Iranian singer Amir Hossein Maghsoudlou, known as Amir Tataloo, posted graphically-worded lines against Shiite Islam and its followers on Instagram, where he is followed by over four million people. The post seems to be a response to a video that shows the apparent burning of 72 doves at a Shiite passion play on the occasion of the Islamic holy month of Muharram. Social media users initially speculated that the doves were intentionally burned alive to symbolize the 72 companions of the third Shiite imam, said to have been killed alongside Hussein ibn Ali by the forces of the caliph in 680. But Animal Rights Watch later stated that the clip was four years old and that the doves were supposed to have been evacuated from tents that were set on fire as part of the passion play, but that the person responsible for doing so had neglected his duties.

The Instagram post has become a tremendous embarrassment for the country's hard-liners, who have supported the controversial singer over the past two years to appeal to younger Iranians despite his apparently unreligious behavior and lifestyle.

Tataloo made headlines in May 2017 in the run-up to the country's presidential elections that month for endorsing Ebrahim Raisi, the candidate of the powerful conservative camp and the main challenger to incumbent President Hassan Rouhani. A short video released by the Raisi campaign showed the cleric sitting with the singer and chatting with him. The scene sparked a backlash of anger among the Reformists, who accused Raisi of using any means possible to win votes and argued that Tataloo's record is not in line with the religious slogans the conservative camp was propagating.

Now, amid the ongoing everyday rivalry and verbal exchanges between the two political camps, the Reformists are touting the Tataloo affair as an I-told-you-so moment against the conservatives.

Pro-Reform news outlet Entekhab attacked the hard-liners for "emboldening" Tataloo and asked how they could justify their previous support of the singer after the "sickening" post. It further criticized "those who allowed him to sing aboard an Iranian military warship," referring to a patriotic music video featuring Tataloo.

‏A picture showing Tataloo receiving an award at a ceremony organized by the conservative Fars News Agency is also circulating on Iranian social media. The man presenting the prize is hard-line former parliamentarian Hamid Rasaee. "That event was meant for those active in cyberspace but attacked for their defense of the revolution. And Mr. Tataloo was one of them," Rasaee said at the time.

But now, after Tataloo's Instagram post, Rasaee has spoken up against him. "Tataloo is a heretic and although he is not in Iran now, I can assure you that he won't live in comfort anymore," he tweeted, implying that he will face death threats. He compared the singer's case to that of writer Salman Rushdie, "who has not been able to live a life for years." Rushdie's "Satanic Verses" was seen as blasphemous by the late founder of the Islamic Republic, Ayatollah Ruhollah Khomeini, who issued a fatwa for his killing.

The incessant flow of comments below the singer's Instagram post seems to have forced him to remove it at last. But the deletion has not contained the flames of anger. "Tataloo is a heretic" and "A heretic's verdict is the death penalty" in Persian are now trending on Twitter.

The Iranian judiciary has yet to react to Tataloo's post and it remains to be seen whether he will be charged with heresy, which could lead to a death sentence. For now, what is certain is that he has placed Iran's hard-liners between a rock and a hard place.