As Iran's traditional eulogists grow in fame and influence, they have drawn criticism from the clerics who used to have the main voices in religious ceremonies. 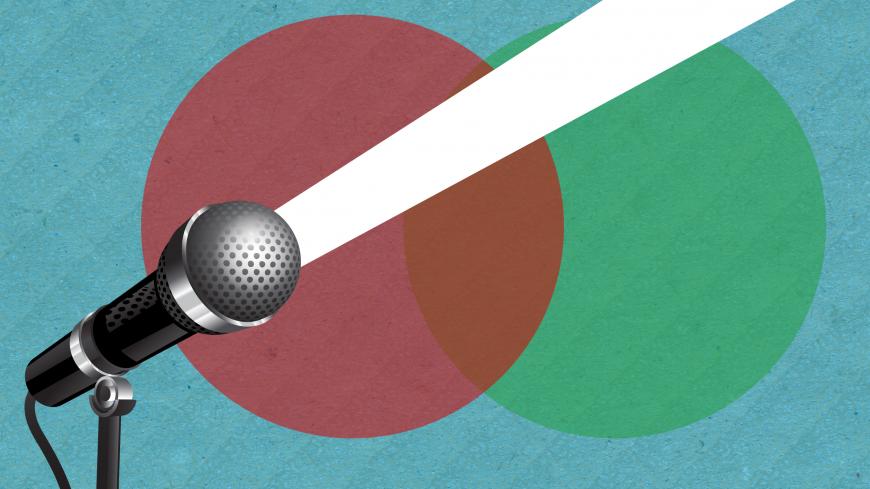 In the Islamic calendar, the month of Muharram marks a special time for Iranians when they dress in black and attend mourning ceremonies to pay tribute to the third Shiite imam and the grandson of the Prophet Muhammad.

In 680 CE, Hussein ibn Ali led an uprising against Yazid ibn Muawiyah ibn Abu Sufyan, the Umayyad Caliph. He refused to pledge allegiance to Yazid, calling his rule unjust. He was brutally killed during the Battle of Karbala along with his 72 companions by the Yazid army.

During Muharram, there are ceremonies in each neighborhood, funded by the local communities. These ceremonies include eulogists who sing about the Battle of Karbala. The songs are vivid descriptions of the suffering and martyrdom of Imam Hussein and his companions that bring audiences to tears.

In recent years, however, critics have been claiming that the cost of the tearjerkers has become just too expensive. The eulogists, an integral part of the ceremonies, now demand a price that equals that of pop stars. There are still eulogists who take no money, believing it is not right, but others, particularly well-known ones, have no qualms about demanding a high fee. Prices go as high as $2,500 for a single ceremony — only slightly lower than $3,000 that well-known pop stars demand, according to a 2017 report by Poolnews.

Shia Online reported in 2013 that a number of the singers have started working with agents, and the mourning ceremony organizers have to contact the eulogists through them.

More than the eulogists' wages have increased: Some of the well-known singers have also become influential figures allied to hard-line politicians and factions.

During the presidency of hard-line Mahmoud Ahmadinejad (2005-2013), eulogists were permitted to use the performances to speak against Reformists, indirectly comparing them with Imam Hussein's enemies in remarks between songs.

Ironically, Ahmadinejad's encouragement of eulogists taking on a political role so he could use them to crush his political enemies worked against him when the hard-line singers turned on him and his inner circle in the last two years of his presidency, when his power struggle with conservatives reached its climax.

Even after Ahmadinejad left politics, his legacy persisted as the conservatives and hard-liners used the religious singers against moderate President Hassan Rouhani and the Reformists.

Mansoor Arzi, one of the most influential hard-line eulogists, has repeatedly insulted and slandered the political rivals of hard-liners. In a recent video, he is seen wishing death for Rouhani. Referring to Ayatollah Akbar Hashemi Rafsanjani, the two-time president who was found dead in a swimming pool in 2017, Arzi said Aug. 25 while he was reading a prayer: "That guy died in a pool, this guy will also die in a pool in the end."

Some eulogists' singing style has changed in recent years to attract a younger audience. Older eulogists and clerics criticize them for singing like pop stars and often misrepresent the religious narratives about Imam Hussein.

In a meeting with Iran's State Radio officials Sept. 2, Grand Ayatollah Makarem Shirazi slammed a number of performances as "cheap and distant from the dignity of Imam Hussein.”

On Sept. 10, Ahmad Khatami, a senior hard-line cleric and a member of Iran's Assembly of Experts, stated at a conference that "the Los Angeles songs" are beneath eulogists, in reference to the songs of US-based Iranian pop stars.

Other singers have joined in, criticizing the eulogists' new style. Abdul-Hossein Mokhtabad, an acclaimed folk singer, told IRNA news agency Sept. 18, "The eulogists aren't euphonious anymore. Their voices are mostly harsh and angry." He added, "The content of their songs is violent and even [full of] superstition and insult."

According to Mokhtabad, the old generation of eulogists were highly knowledgeable about Iranian music, and the great musicians of Iran used to attend the mourning ceremonies to be inspired by them.

The presiding clerics were once more central to Muhaaram mourning ceremonies. Their roles always offered a medium to pass messages, even during the dynasties of Qajar (1785-1925) and Pahlavi (1925-1979) periods, when clerics would wait for the opportunity to voice their opposition to the rulers' decisions as a large number of people would gather to hear their speeches.

But now, the religious singers have taken over clerics' role in the ceremonies. The clerics who speak out now during their speeches in ceremonies are able to reach a large number of people, but they no longer have the influence and effects of their older peers.

"The Muharram and Safar ceremonies are no longer in the hands of the clergy and the seminaries, and superstition and false words have replaced religious teachings," explained Bahram Dalir, a senior instructor at the Qom seminary, in an interview with ISNA news agency on Sept. 28, 2017. "In the past, the religious singers would prepare the atmosphere for the speaker, and that was because the ceremonies were focused on knowledge and the speaker, not the religious singers. But today, it is reversed."