A eulogist stirred strong reactions and possible legal consequences after a televised interview in which he described how Imam Hussein, the grandson of the Prophet Muhammad, used to swear. 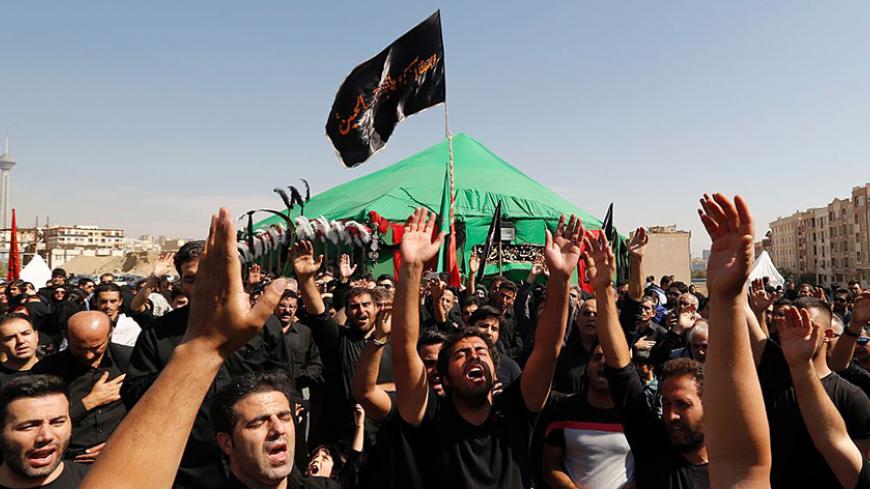 A eulogist got himself in trouble for saying in a televised interview Oct. 8, during the most sacred holidays in Iran, that Imam Hussein, the grandson of the Prophet Muhammad, used to swear — and how the eulogist is only following Hussein’s example. The interview was recorded in Tehran’s Bazaar for a program called "Bedun-e Ta’arof" ("Bluntly").

Ashura is known to Shiite Muslims as the day Imam Hussein was killed during the battle of Karbala by Yazid, the Umayyad caliph, and is nationally mourned across Iran continuously for days. Eulogists hold a key role in the mourning rituals and are often the center of attention when they chant and tell stories about Karbala in mosques and private homes and at public gatherings.

This year, the comments of famous eulogist Hajj Mansour Arzi, who is close to the Principlist faction in Iran, stirred strong reactions from governmental officials as well as the hard-liners who usually back him up.

On Oct. 10, Ensaf News, a media outlet close to the Reformists, wrote, “[Even] Yazidis and [our] informed enemies have never interpreted the imam’s speech as an insult; but unexpectedly, these friends introduce their own imam as someone abusive.”

In the same televised interview, Arzi was asked why some accuse him of being too critical and of sometimes crossing over to profanity. Arzi answered, “I have learned that from my master.”

On Oct. 12, without mentioning Arzi’s name, the vice president for legal affairs, Hojjat al-Eslam Majid Ansari, called on the eulogist to apologize to the people for his wrongdoings, saying, “It is a big sin to accuse Imam Hussein of swearing, too. The God Almighty has told Muslims and believers not to swear, not even at nonbelievers.”

The role of eulogists is frequently discussed in Iran, especially during religious holidays. While Arzi believes that eulogists should freely comment on politics and relate Ashura to current affairs, another outspoken political figure, Ali Mottahari, the deputy speaker of parliament, indirectly warned Arzi, saying, “Using the realities of Karbala to achieve political and societal objectives goes against the intentions of religion.” Entekhab News reported Oct. 12 that Mottahari endorsed the eulogist's right to voice opinions, just like the rest of society, but also believes “the eulogist's interference in political matters, which are directly linked to power, may reduce" eulogists' independence. Mottahari added, "It is important that eulogists maintain their independence and not be used as a means by political groups."

Taking his condemnation to a higher level, the vice president for legal affairs was quoted by the Iranian Students News Agency, an online media outlet, on Oct. 12 as saying, “Ascribing obscenity to the innocent imam is a great sin and will have legal effects.”

*Editor's note: this article has been updated since its initial publication.