Recent rumors regarding a decline in Supreme Leader Ayatollah Ali Khamenei’s health have led to renewed speculation about who will succeed him. 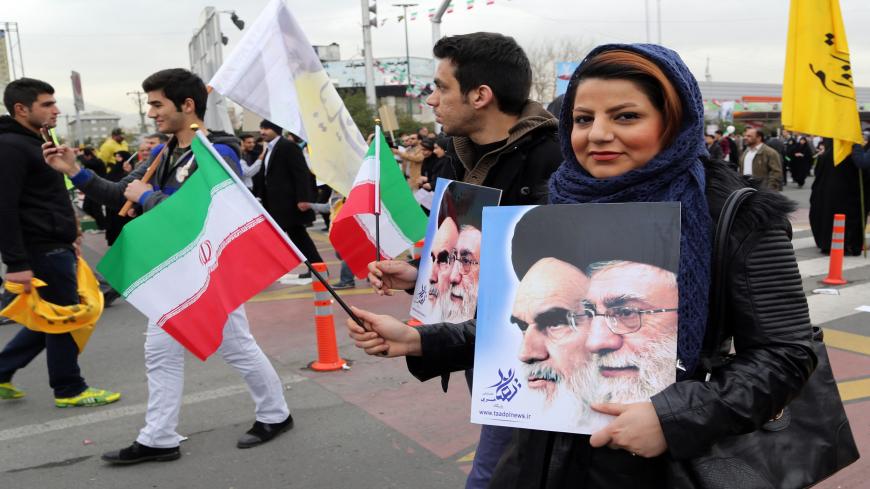 Iran’s Supreme Leader Ayatollah Ali Khamenei is 81 years old. For years now, a report every few months raises concern about his health. He has been described as “ailing” in many media reports, though there is no proof that the man who has been ruling Iran since 1989 is really in bad health. On Dec. 15, he made an appearance in front of cameras while receiving the family of late Islamic Revolutionary Guard Corps (IRGC) Quds Force commander Qasem Soleimani and a committee organizing commemorations for the first anniversary of the general’s assassination Jan. 3 in Baghdad by US drones.

A video showing Khamenei walking in what appears to be good health and several photos showing his face released by his office were probably aimed at refuting a rumor claiming he was ill and had passed his powers to his son, Mujtaba. The rumor made headlines during the first week of December based on one source on Twitter without fact-checking the source who broke the news about Khamenei’s deteriorating health on four previous occasions between 2013 and 2020.

Khamenei made another appearance Dec. 20 when he delivered a televised speech on the occasion of National Nurses Day and the birth of the Prophet Muhammad’s granddaughter, Zeinab.

The reports of Khamenei's health and his son possibly being next in line call to mind similar reports from a different era. In the last few years of Khamenei’s predecessor and mentor, Ayatollah Ruhollah Khomeini, there were similar suggestions claiming that with Khomeini’s health deteriorating the strongest candidate for his succession was going to be his son Ahmed Khomeini. His son was a mid-level cleric known to be his father’s confidant. At the time, articles cited the powers that the son enjoyed and his strong influence that made him one of the candidates for succession.

Even after Khamenei was elected as a temporary supreme leader in June 1989 following Khomeini’s death, speculation in the media continued to suggest a power struggle was ahead, putting out lists with as many names as possible, including Ahmed Khomeini once again.

“Those who suggest Mujtaba Khamenei is going to be Iran’s next [supreme] leader lack the basics of post-revolution Iranian politics,” an Iranian Principlist cleric told Al-Monitor on condition of anonymity. The cleric added, “The Iranians won’t accept to go back in history to the days when a ruler will bequeath the nation to his son, no matter who the father and the son are.”

According to the same source, those circulating these rumors “are creating an atmosphere of skepticism over the process of succession that whenever the time comes it should be smooth and quick, given the fact that after 40 years the revolution’s institutions are capable of managing transitions, and the number of candidates for such a role are more than enough for the members of the Assembly of Experts to choose from.”

As reported previously by Al-Monitor, the Assembly of Experts has a secret subcommission of three persons elected to put together a list of potential successors. The committee updates its list and keeps it classified until the day comes.

In a recent interview with Fars News, Ayatollah Mohsen Araki, a member of the Assembly of Experts, stressed that there are already three names on the list and they remain classified. He noted that being a member of the assembly is not a condition for being on the shortlist.

Araki explained that the list will be reviewed and those who qualify for leadership will be registered in a secret and confidential manner, so that they can be presented to the Assembly of Experts whenever necessary.

Another source, who leans more toward the Reformist camp, agreed that the idea of Mujtaba Khamenei succeeding his father is more of a dream to some “radicals.” He added, “They are aware that in a country like Iran this is difficult, though it is known that the election of a successor will need the blessing of the current leader’s strong son, the seminary in Qom, and the IRGC. The 1989 succession saw Ahmad Khomeini — along with Hashem Rafsanjani — emerging as kingmakers.”

The health of the supreme leader is always a topic of analysis in the media, with many thinking that Iran’s direction is decided based on who is chosen. This has prompted many to put out lists of candidates over the past years, with names such as late Mahmoud Hashemi Shahroudi, Ibrahim Raisi, Sadegh Larijani, Hassan Khomeini, President Hassan Rouhani, Ahmad Khatami, among others, scattered in the media; each had or still has the qualifications that makes them a contender for supreme leader. However, a very important factor is missing in these reports, i.e., “the supreme leader is alive and isn’t ailing, and if there’s nothing from God he can just live as other clerics do,” a source close to the house of the supreme leader told Al-Monitor. “We know he is healthier than both [outgoing US President Donald] Trump and [President-elect Joe] Biden, and they will continue to spread rumors because this reflects their wishful thinking.”

However, some of those who have the qualifications and are potential candidates, or lobbies backing them within the establishment, seek to position themselves in a good place ahead of the anticipated battle. This is well portrayed in the political battles that are being fought on the sidelines of Iranian politics. Following the December 2017 demonstrations, despite the social and economic instigators, there were accusations aimed at the Principlists that they lit the first spark in an attempt to hit Rouhani hard and end any chance in the future of him seeking the top position. Rouhani’s victory in the 2017 election over Raisi was also seen as a hurdle in the latter’s path to becoming the country’s supreme leader in the future. Some analysts also suggested the accusations of corruption aimed at one of Sadegh Larijani’s aides are aimed at diminishing his chances of becoming Khamenei’s successor.

Other candidates who aren’t known to the public, or not in the spotlight for the position, might rise to the scene as a surprise for observers, but they will be in the slow process of manufacturing Iran’s future leader. A look back at how Khamenei ascended to the highest post could be useful.