How Iran will choose its next supreme leader

A special group has been formed to review candidates for the next supreme leader. 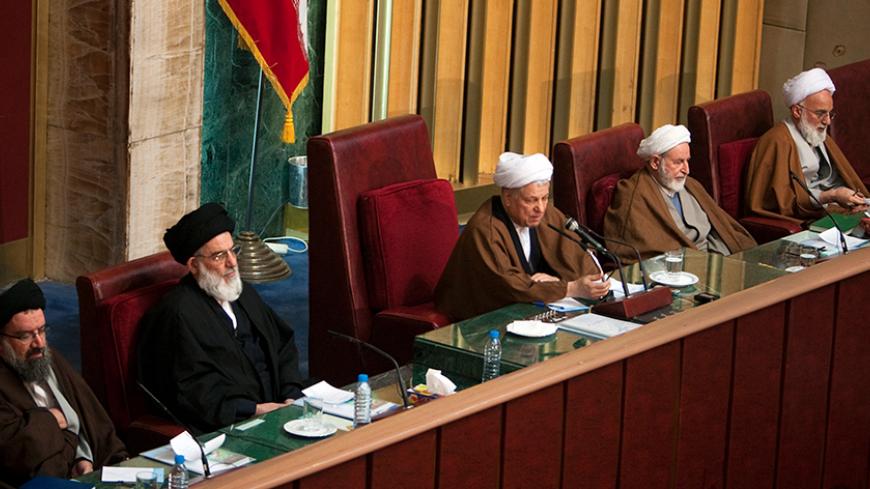 The election for the Assembly of Experts, a body of 86 Islamic theologians who are tasked with electing the supreme leader of Iran, rarely receives the attention and turnout of presidential elections. However, given their eight-year term limits and the current supreme leader’s age, the new body elected February 2016 may ultimately decide the most significant position within the Islamic Republic of Iran.

Most Iranian politicians rarely discuss who will take over for the still relatively healthy and highly active 76-year-old Supreme Leader Ayatollah Ali Khamenei after his passing. Ayatollah Ali Akbar Hashemi Rafsanjani, a member of the current Assembly of Experts and also a candidate in the upcoming elections, broke this trend by announcing that the assembly has formed a committee to review the future supreme leader.

In an interview with Iranian Labor News Agency (ILNA), Rafsanjani said, “When it is decided that the supreme leader will be changed, or not be here and for someone else to come, once again a great task must be undertaken.” Rafsanjani perhaps played the single most important role in pushing for Khamenei’s election as supreme leader in 1989 by arguing that former Supreme Leader Ayatollah Ruhollah Khomeini was in favor of his candidacy.

Rafsanjani continued, “Of course, they are preparing and researching and have put together a group who are reviewing individuals so that those who have the qualifications, if later there is an event, they could put them forward for a vote. This is the main work of the [Assembly of] Experts.”

This isn’t the first time that Rafsanjani, who is also the head of the Expediency Council, has discussed the fate of the supreme leader position after Khamenei. In February, Rafsanjani said that if an appropriate individual was not found to take over as supreme leader, the Assembly of Experts may appoint a leadership council.

During the ILNA interview, Rafsanjani said that according to the constitution before it was amended, after Khomeini’s passing, the Assembly of Experts had originally wanted to create a leadership council and Khamenei was one of three individuals on the council. Though he added that Khomeini himself had verbally spoken out against a council.

Ayatollah Sadegh Larijani, the head of the judiciary, without mentioning Rafsanjani’s name, criticized the media’s publication of “baseless talk about the Assembly of Experts supervising the supreme leader and the institutions that operate under him.” He added that some individuals are presenting their “hopes and expectations” and trying to connect it to the constitution.

Larijani said that the Assembly of Experts only has the responsibility to decide if an individual has the correct criteria to be the supreme leader or not, and the issue of supervision is an entirely different category.

Rafsanjani certainly has a knack for discussing controversial topics and creating a stir ahead of elections in which he hopes that he and his allies will come to dominate. High election turnouts in Iran have typically favored Reformists and moderates. Regardless of the makeup of the next Assembly of Experts, it is likely that a number of powerful institutions and individuals in Iran will wield considerable influence over the assembly’s decision-making process.