The next Assembly of Experts is also being selected this election season, and this one has a good chance of determining the next supreme leader of Iran. 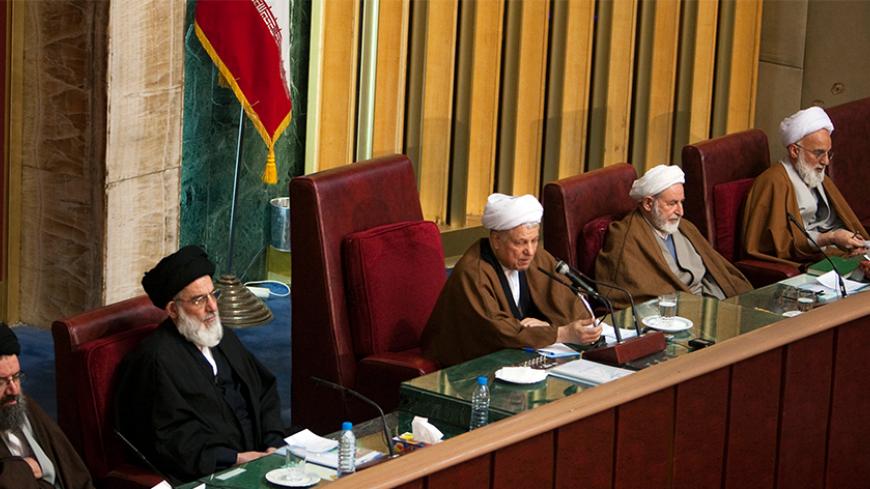 The elections for Iran's Assembly of Experts will coincide with the Feb. 26 parliamentary elections. Considering the age of the current supreme leader, this contest may determine the fate of the country for the foreseeable future.

The 88 members of the Assembly of Experts are constitutionally tasked with choosing the next supreme leader after 76-year-old Ayatollah Ali Khamenei dies or becomes unable to perform his duties. Despite a prostate surgery in September 2014, Khamenei appears to be healthy and energetic for his age. He continues to attend numerous functions throughout the country, giving long speeches with minimal notes.

The assembly members serve eight-year terms. Therefore, there is a chance the next Assembly of Experts will be asked for the second time in the body's three decades of existence to choose the next and third supreme leader of Iran.

One list for the Assembly of Experts has been put together under the name of Ayatollah Ali Akbar Hashemi Rafsanjani with the slogan “People’s Experts.” Though Rafsanjani said he does not have an official electoral list, he was asked to head this 16-person list that includes a number of like-minded allies, such as President Hassan Rouhani, former Intelligence Minister Ghorbanali Dorri-Najafabadi and Rouhani’s Intelligence Minister Seyed Mahmoud Alavi.

Many observers are paying particular attention to the contentious disqualification of Hassan Khomeini, the grandson of the founder of the Islamic Republic of Iran.

The conservatives have also presented their own list. Two of the most conservative clerical bodies in Iran, the Combatant Clergy Association and the Society of Seminary Teachers of Qom, have each presented lists of candidates they support. There is some overlap between the lists, as temporary Friday Prayer leader Ayatollah Mohammad Emami Kashani appears on both as well as on Rafsanjani’s list. Rouhani is also included in the Combatant Clergy Association’s List.

Both the Combatant Clergy and Society of Seminary Teachers are promoting as candidates some of the more hard-line clerics in Iran, including Chairman of the Guardian Council Ayatollah Ahmad Jannati, spiritual leader of the hard-line Endurance Front Ayatollah Mohammad-Taghi Mesbah Yazdi and Society of Seminary Teachers Secretary Mohammad Yazdi, who currently heads the Assembly of Experts.

Another conservative list, called the “List of Principlist Trustees of the Revolution,” includes Jannati, Yazdi, Mesbah Yazdi and Mohammad Ali Movahedi Kermani, the secretary-general of the Combatant Clergy Association.

A total of 16 female candidates registered for the Assembly of Experts elections. Their qualifications were not approved by the Guardian Council. The constitution does not forbid women from becoming members. However, the requirement that a member must have expertise in Islamic law has created obstacles for female candidates. When it was assembled in 1979 to ratify the constitution, Monireh Gorji became the only female to become a member of the Assembly of Experts. The assembly has existed in its present form since 1983.

While these overlapping lists may seem confusing, the key battle to watch in these elections is the one between Rafsanjani and the above-mentioned group of hard-line clerics. As Khomeini’s closest adviser, Rafsanjani played a key role in Khamenei’s ascension to the leadership. Rafsanjani today does not hold the power he did in 1989, but it is no secret that he would like regain it. Rafsanjani headed the Assembly of Experts from September 2007 until March 2011, and lost his bid for the leadership in March 2015. Many believe that Rafsanjani’s decision to not condemn the Green Movement leaders and his public displeasure with some hard-line policies cost him his political clout. If hard-liners dominate the next assembly, this will severely weaken Rafsanjani's position.

Khamenei has not spoken publicly about what person he would like to replace him. Despite Rafsanjani’s determination to shape the future of the country by influencing the selection of the next supreme leader, it is very likely that other powerful institutions will want a say as well. The Islamic Revolutionary Guard Corps, whose duty it is to protect the Islamic Revolution, will likely exert its influence to keep like-minded allies within the assembly and prevent the leadership of someone they view as soft toward enemy countries.