Public calls for Iranian officials to account for the lifestyles of their children bring focus to the issue of the lack of trust in the political establishment. 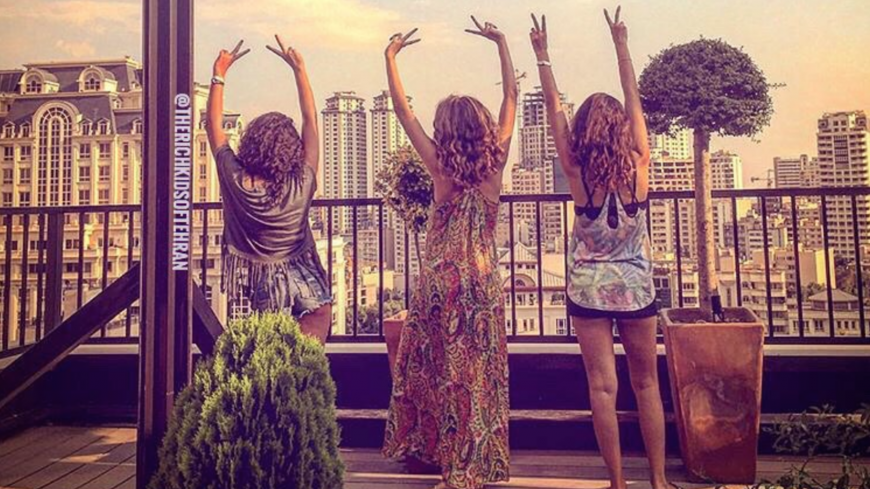 They ride fast cars, trot between luxury villas, travel in style and marry supermodels in dream weddings — all of which is followed by thousands on Instagram. Iran’s “aghazadehs” — the half-admiring, half-pejorative moniker meaning "children of influential figures" given to the offspring of the country’s political and bureaucratic elite — have dominated the summer’s agenda in the country. Finally, a social campaign with the hashtag #Where_is_your_kid? demands that elites account for just what their kids have been up to and how at a time when the ordinary people struggle to make ends meet.

The campaign began after the Aug. 8 impeachment of Minister of Cooperatives, Labor and Social Welfare Ali Rabiei. During the impeachment proceedings, parliament member Mohammad Reza Pourebrahimi attacked Deputy Speaker Masoud Pezeshkian as he came to Rabiei’s defense, pointing out that Pezeshkian’s daughter worked at Jam Petrochemical Company, which is affiliated with the Ministry of Cooperatives, Labor and Social Welfare, and accused her of relying on rentierism for her position.

Some ministers dutifully obliged the public’s demand. Minister of Culture and Islamic Guidance Seyyed Abbas Salehi tweeted on Aug. 11 that he has two sons and one daughter; his oldest son does not have a permanent job and is involved in research, his younger son just graduated from university and his daughter is in elementary school. Salehi was followed by Foreign Minister Mohammad Javad Zarif on Aug. 12, who said that he has two children, both of whom are married and live in Tehran with their families, and that neither has a government job.

They were followed by Rouhani’s special assistant for citizenship rights, Shahindokht Molaverdi, who tweeted on Aug. 13 that she has two daughters, one of whom has a master’s degree in English and does not have a permanent job, and another who has studied art and is completing a professional jewelry-making course.

Yet as these declarations took place, news emerged that the son of Mohammad Bagher Nobakht, a close ally of President Hassan Rouhani who until recently served as government spokesman, was arrested. Nobakht’s son was reportedly detained for possessing weapons and ammunition. However, when reporters asked judiciary spokesman Gholam Hossein Mohseni Ejei about the reason for the arrest, Ejei neither confirmed nor denied the reports and instead said that the truth would soon be revealed.

Despite the numerous reports about aghazadehs gaining special privileges using either their parents’ positions or rents, most officials have stressed that their children do not hold government jobs. One glaring exception is the nephews of Deputy Foreign Minister Abbas Araghchi. The more well-known of these nephews is Ahmad Araghchi, who until recently served as vice governor of the Central Bank of Iran and was in charge of foreign exchange. The younger Araghchi was arrested on Aug. 5 over what the judiciary has described as disrupting the country’s monetary system.

Some of the politicians — while replying to the question of #Where_is_Your_Kid? — have added insult to injury. The head of parliament’s Reformist Hope faction, Mohammad Reza Aref, credited his son’s success to "good genes.”

All of this has prompted the public to take to social media to voice their frustration. Many have sarcastically told officials to stop assuming that the Iranian people are “stupid” and to stop trying to evade the public probe by announcing that their children have no government jobs. Yet there is no need for connected individuals to hold government posts in order to benefit from rentierism. In fact, they can progress and grow through private companies and the rents that they gain through their connections.

Entekhab, a website close to the government, published an article Aug. 15 criticizing politicians for their remarks. “The types of answers some officials are giving not only do not remove any ambiguities regarding their kids’ lifestyle but create more doubts instead," the article read. "Saying that ‘my child does not have a government job’ is not enough to escape accusations and does not shed light on anything. This is especially the case when we consider that almost all the aghazadehs who in recent years have been reported to be involved in corruption did not have government jobs.”

But not all agree with what is going on in cyberspace. Sadegh Zibakalam, a professor of political science at the University of Tehran, told Al-Monitor, “I am against the essence of this — that if someone has a poor financial situation it means he is a good and healthy individual, and if he is well-off it means he reached his status through theft and embezzlement. I also don’t believe launching such campaigns is useful, and I think they have more of a populist nature to them.”

With the expansion of social media, the average Iranian is now more aware than ever of the news and all its political dimensions. Social media networks such as Instagram, Twitter and Telegram allow people to follow even the smallest details of politicians’ lives. Things can no longer be hidden like in the past, and as such, the current actions of Iranian politicians not only fail to help boost their popularity but also lead to more public distrust. Meanwhile, as some officials have been honest about their children’s lives, others have not told the whole truth. This is perhaps because public opinion will view their remarks with sarcasm no matter what they say. And herein lies the crux of the issue: the increasing lack of trust in officials. Only time will tell whether increased transparency will address this challenge.