The Idlib museum, whose collections rival those in Aleppo and Damascus, reopened last month, despite having lost an unknown number of its treasures to looters. 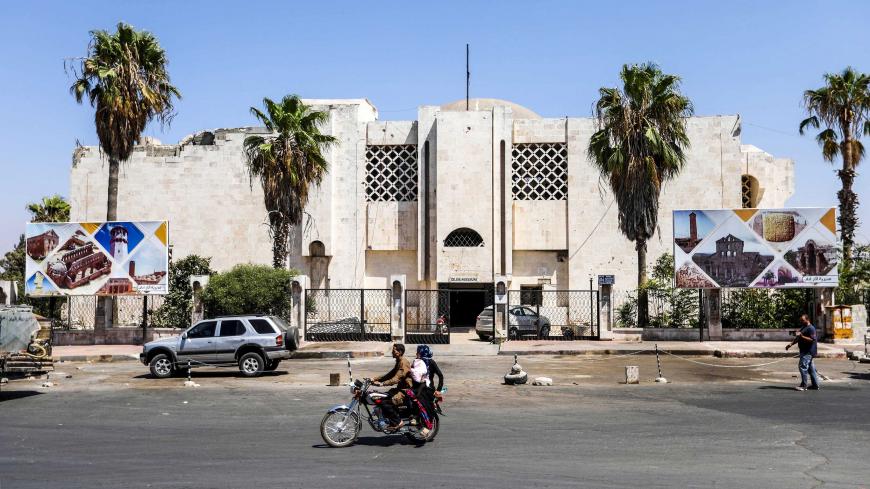 Like its people, Syria’s archaeological heritage has suffered greatly throughout the civil war between the regime of President Bashar al-Assad and armed opposition groups, and the simultaneous rise and fall of the so-called Islamic State. Among many other tragedies, the UNESCO World Heritage sites of Palmyra, Aleppo and Damascus have been torn apart and bombed. Syrian archaeologists have fared no better: Khaled Asaad was brutally killed at Palmyra and Qasem Abdullah Yehiya was killed in a rocket attack on Damascus within one week of each other in 2015.

The archaeological museum in the northern province of Idlib has not escaped the carnage. The Directorate General of Antiquities and Museums closed the museum soon after the war began in 2012 and moved its contents into storage. Since the city fell into rebel hands in 2015, the museum has been repeatedly looted and damaged in at least two bombings by government forces (in 2015 and 2016). Many other archaeological sites in the province have also been ravaged and their objects sold in the flourishing antiquities market.

As the last remaining Syrian province under rebel control, Idlib is now on the brink of what is being predicted as the last and bloodiest battle of the civil war and may be the site of a humanitarian disaster, much to the alarm of local residents.

It is in this context that Ayman Nabu, the head of the Idlib Antiquities Center, and his five-person team decided to reopen the museum’s doors. “Everyone says that the military groups killed all civilian life and that people cannot do anything," Nabu explained to Al-Monitor. “So we wanted to tell the international community that we are here, we’re still alive, we love life, we can do something — we can do lots of things!”

For those familiar with Syrian archaeology, Idlib's museum is an important institution whose collections easily rival those in Aleppo and Damascus. As historian Fayiz Qawsara noted to Al-Monitor, while the museum began life as a space for the many Roman and Byzantine objects in Idlib, it has also became the rightful home of an important collection of cuneiform tablets such as those from the Kingdom of Ebla, as well as other materials from the prehistoric to the Islamic periods. Even though the remaining number of the museum’s original 15,000-object collection is currently unknown — the museum’s inventory committee is still engulfed by their laborious task — Qawsara stated, “The museum is a very important part of our heritage.”

Nabu also explained that he sees the building’s reopening as a rare opportunity to provide for and connect with Syria’s youth, saying, “The museum will be a center of knowledge for [Idlib’s schoolchildren and university students]. It will provide the basis of a relationship between the new generation and their heritage.”

Not everyone agrees with the decision to reopen. Shaker al-Shibib, a former antiquities official in Idlib now based in Paris, told Al-Monitor, “It is not the right moment, and most of our attention [must go] to protect and salvage the remaining artefacts in the museum and to develop a plan to protect it from any future dangers threatening the museum. At a later stage, we will seek to rehabilitate halls to organize workshops and meetings … to raise awareness and rebuild a good relationship between the local community and their heritage.” Nabu’s team, under the supervision of the Syrians for Heritage Organization — co-founded by al-Shibib — have prepared for this, though, by formulating a 24-hour emergency plan to protect the objects from damage, the details of which it would be too dangerous to publish.

Whether the timing proves to be right or not, one issue the three archaeologists agree upon is the lack of support from the international community. While some Syrian archaeology has received support from UNESCO’s Observatory of Syrian Cultural Heritage and Emergency Safeguarding of the Syrian Cultural Heritage project, and although other sites such as Palmyra are currently the focus of controversial reconstruction efforts, Idlib’s antiquities have received much less attention.

Al-Shibib explained their frustration: “Everyone knows this team is working in Idlib, inside Syria, and yet they haven’t had any support from UNESCO [or] from [the International Council on Monuments and Sites] … We are lucky because [Nabu] has a lot of relationships with the representatives of the local and civilian communities in Syria. It’s our sole power.”

The Smithsonian Institution and the University of Pennsylvania Museum provide some financial and technical support via the Safeguarding the Heritage of Syria and Iraq Project, but it is severely limited and cannot provide for Idlib’s needs, especially when many experienced heritage professionals have been forced to flee conflict-affected areas.

Nabu agreed, telling Al-Monitor, “We are looking to be recognized. We want the international community to say ‘yes, we know about the team in the area and we will support them.’ The heritage of Idlib province is world heritage. So the responsibility to protect these objects is not ours alone: It is the duty of everyone.”

Despite the lack of outside help, there is — as Qawsara notes — “some good news.”

“We have a new generation in Syria who take care of their heritage and are trying to do as much as they can. They are also making an impression on the older generation to do this, too. So we have big hopes for this new generation and their care for this world heritage,” Qawsara told Al-Monitor.

With an attack on Idlib so near and so likely, and with many painful years of post-conflict reconstruction ahead, Qawsara and Nabu’s optimism is admirable, but somewhat hard to share. Yet as they begin to end our Skype call and say goodbye, they tell me that there are some students from the University of Idlib visiting the museum led by Ammar Kannawi, a former curator of the classical department at the Aleppo museum. The noise of the chatting, laughter and life in the museum and from its dedicated professionals is both heroic and infectious: Long may it last.