Government and nonprofit organizations are working together to mitigate the threats that the Islamic State, looters and others pose to Middle East antiquities. 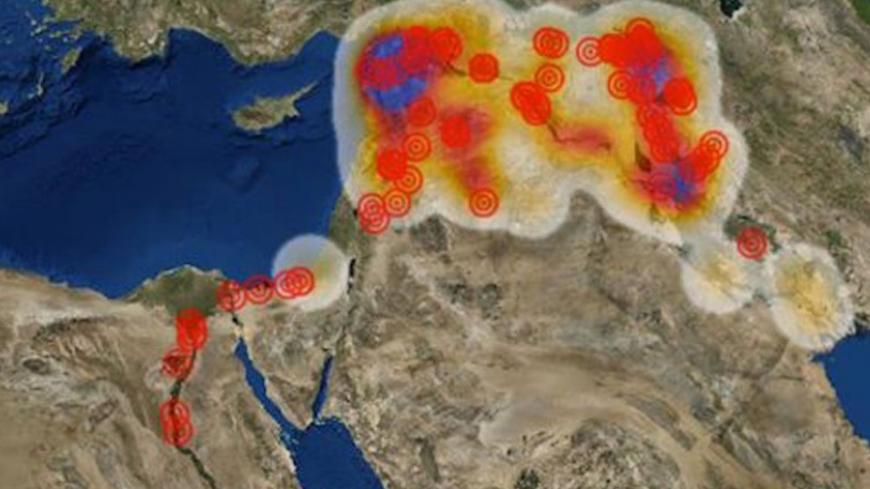 On Jan. 28, 2011, as anti-regime protesters clashed with riot police in and around Cairo’s iconic Tahrir Square, forcing police to withdraw from the streets, looters took advantage of the security vacuum to break into the nearby Egyptian Museum. They reportedly ransacked the ticket office, raided the museum shop for jewelry and snatched valuable artifacts from display cases.

The museum theft sent shock waves across the country, raising concerns about the security of Egypt’s precious cultural objects and monuments. Curators and archaeologists sounded the alarm at the threats facing the country’s antiquities — including looting, institutional corruption and land grabs (encroachment on antiquities’ land by the government or private citizens for building or agriculture) — which they feared had been amplified by the lawlessness following the Arab Spring.

Their fears were not unfounded. On Aug. 14, 2013, looters broke into the Malawi Museum in the Upper Egyptian city of Minya, destroying nearly 500 artifacts and stealing more than 1,000 objects, including coins, jewels and statues dating from the time of the pharaohs to the Islamic period.

The vandalism appeared to be an act of revenge, taking place hours after the violent dispersal by police of two Cairo sit-ins demanding the reinstatement of Islamist President Mohammed Morsi, unseated several weeks earlier following military-backed protests. On Jan. 24, 2014, a powerful blast from a car bomb targeting Cairo’s Security Directorate in the populous Cairo neighborhood of Bab El Khalq caused extensive damage to the facade and much of the interior of the adjacent 19th century Museum of Islamic Art.

Egypt’s museums are not the only casualties of the chaos that has rocked the country since the January 25 Revolution in 2011. Archaeological sites have been increasingly plundered by antiquities thieves and tomb raiders, lamented Monica Hanna, an Egyptian archaeologist who has been documenting the destruction of Egypt’s heritage on Egypt’s Heritage Task Force Facebook site (which she co-founded after the revolution.) Photographs she has taken of dogs chewing on human bones and mummy fragments strewn across the Abu Sir Al Malaq archaeological site, south of Cairo, after the site was ravaged extensively, bear testament to the large scale looting that has taken place at significant excavation sites in Egypt since the 2011 revolution.

Once a burial ground for ancient Egypt’s elite from the 17th Dynasty through the Coptic Era, the Abu Sir Al Malaq site has been reduced to a barren wasteland of black holes and empty tunnels. The pictures serve as a wake-up call alerting the public to the problem of cultural racketeering (the global trade in looted antiquities) and the need for urgent action to safeguard these sites.

“The plunder of these sites not only robs them of artifacts, but also destroys the sites and the historical context of the pieces in the process,” said Katie Paul, an anthropologist and researcher who is the chief of staff for the Washington-based nonprofit Antiquities Coalition.

The looting and smuggling of antiquities has reverberated across the Middle East and North Africa region. A multibillion-dollar industry that funds terrorist groups and organized crime alike, the global trafficking of antiquities has been used by extremist groups as both a fundraising tool and a weapon of war. The world was aghast over the Islamic State's (IS) demolition of the ancient Iraqi city of Nimrud in April 2015 and the destruction of the ancient ruins in the Syrian city of Palmyra in August 2015. Meanwhile, a video released by IS earlier this month purportedly showed militants blowing up the 2,500-year-old Nabu temple in Iraq. It also showed a fanatic dressed in black pledging to destroy “ancient sites built by the infidels.” The Pyramids of Giza appeared in the final scene of the video, leading many to believe that the latest IS threat was directed specifically at the 5,000-year-old monuments.

The severity of the threats toward the historical heritage sites in the region has prompted Arab governments to act collectively to combat transnational trafficking networks. In May 2015, the Antiquities Coalition partnered with the government of Egypt, the Middle East Institute and UNESCO to hold a conference focused on coordinated regional efforts to combat the looting of antiquities. Ministers from 10 Arab League countries gathered to discuss these threats and released the Cairo Declaration outlining the next steps for these countries to take as they move toward a more coalesced effort at stopping antiquities trafficking.

To aid efforts to protect heritage, the Antiquities Coalition and Hexagon Geospatial have collaborated to produce a digital map that helps identify #CultureUnderThreat by showing the trail of destruction left behind by IS and its sympathizers, and illustrating where deliberate attacks on heritage are occurring and the sites under threat.

“As the Middle East fell further into conflict, we wanted to visualize the vast range of threats to some of the world’s oldest cultural heritage. An interactive map proved the best way to show the true reach and depth of the problem,” Paul told Al-Monitor.

To demonstrate the connections between terror groups and threats to cultural heritage, the map includes several layers, the primary layer being incidents of deliberate destruction by violent extremist organizations from January 2011 (the Arab Spring) to May 2016. While previous static maps had merely illustrated the five years of destruction, the new Smart M.App allows users to visually discern what destruction has taken place at what period. Using the timeline and graphing tools of the Smart M.App, researchers have been able to pinpoint which groups engage in looting and destruction on a country-by-country basis. Moreover, they have identified patterns in the groups’ activities that can help determine potentially imperiled sites.

The interactive map reveals that while IS dominates the destruction in Iraq and Syria, it is not the only extremist group carrying out such crimes. Groups such as al-Qaeda have increased their use of this method of destruction over the past year in places such as Yemen.

All of the data used for the map is compiled from open-source information, which comes from monitoring groups such as the ASOR Cultural Heritage Initiatives, social media, the international press and local media in the Middle East.

“We chose this type of data set so that we would not be creating a road map to sites that may not be known to the public or to groups that would threaten them,” Paul said. “The Antiquities Coalition in collaboration with groups like Endangered Archaeology in the Middle East and North Africa continually monitors these sources of information to keep the data up to date.”

The Smart M.App has helped raise awareness about the extent of the destruction among the broader public, drawing significant attention to the problem from outside of the heritage community. It has also been used as a teaching tool in university classes to illustrate the connections between terror groups and threats to cultural heritage.

“Because it is easily accessible to the public, it serves as a valuable resource for anyone anywhere to use as a means of understanding threats to the heritage of the [Middle East and North Africa] region,” Paul said.

Understanding the threats to the region’s cultural heritage is an important step to preserving the past for future generations. Stringent policies are needed to curb the trade in illicit antiquities.

“As long as there is demand for the stolen antiquities, the illicit trade will not stop,” Hanna warned. “The collectors who create the demand have more dirt on their hands than the looters that are digging.”