Ankara’s eyes on Idlib as Astana group gathers in Sochi

Representatives from Turkey, Russia and Iran are reportedly meeting in Sochi to discuss the Syrian conflict, and Iran's presence in the war-torn area seems to figure prominently. 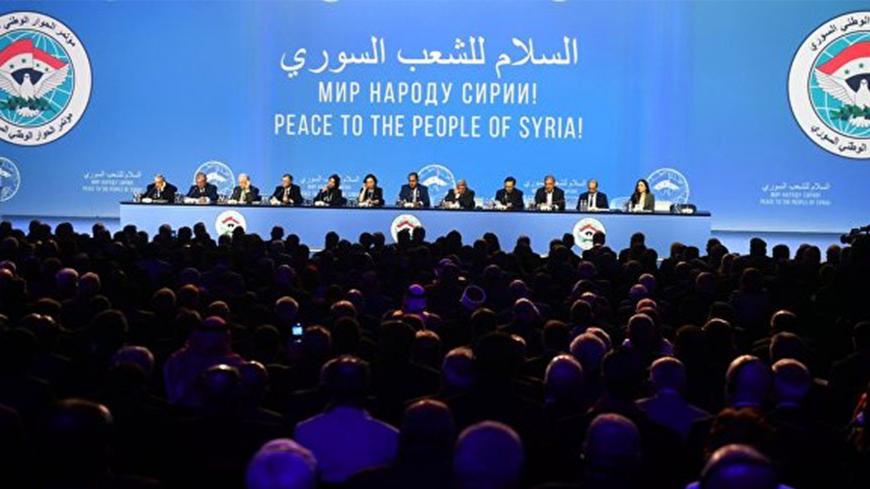 Iran’s military presence in Syria was discussed during a second day of critical talks held between representatives of Turkey, Russia and Iran in the Russian Black Sea resort of Sochi, Russia’s official TASS news agency reported July 31. The talks are aimed at helping resolve the Syrian conflict.

TASS quoted unnamed sources as saying, “This issue was raised. The parties have different approaches to some details related to Iran’s presence in Syria.” The sources did not elaborate.

On the first day of the talks, the sides agreed to a prisoner swap between the regime and opposition rebels, part of a set of confidence-building measures, reported Turkey’s Hurriyet Daily News.

Russian President Vladimir Putin’s special envoy for Syria, Alexander Lavrentiev, said the talks were being held “in a routine and constructive manner.” He declined to comment further, noting that a final communique would be issued later in the day. Iran’s military presence in Syria, which is hotly contested by the United States and Israel, is but one of a host of thorny issues under discussion. The establishment of a Syrian constitutional committee and the return of millions of Syrian refugees from Turkey, Lebanon and Jordan were also on the table.

But the fate of Idlib, the last rebel stronghold where an al-Qaeda affiliated group, Hayat Tahrir al-Sham (HTS), prevails, remains the most immediately challenging issue.

The Sochi gathering brought together Turkish, Russian and Iranian officials under the auspices of the so-called Astana peace process. The grouping, launched in the Kazakh capital in January 2017, insists that its role is complementary to UN-sponsored peace talks in Geneva. Its stated aim was to establish so-called de-escalation zones in Homs, eastern Ghouta, Daraa, Quneitra and Idlib that would end the violence, improve the humanitarian situation and help advance a political settlement of the conflict.

But the reality is that the regime has been systematically reassuming full control over the designated zones, most recently in Daraa and Quneitra, with Turkey brokering evacuation deals for opposition fighters and their families, mainly to Idlib.

Speculation is mounting that a regime assault on Idlib is imminent as the Syrian Arab Army continues its buildup in the southwestern edges of the province, which borders Turkey.

Ankara is desperate to forestall a regime attack, as this would likely propel many of the estimated 2 million civilians currently residing in Idlib to seek refuge in Turkey. Nearly half are internally displaced Syrians fleeing violence elsewhere, and the United Nations has warned of a humanitarian catastrophe. Turkey is already host to more than 3.5 million Syrian refugees, and with mounting public hostility to their presence and a weakening economy, it can ill afford to take more. Moreover, in Turkish eyes, a regime takeover of Idlib would signal Russian acquiescence for subsequent regime moves against Turkish-held equities in Afrin, Jarablus and al-Bab.

This would in turn jeopardize Turkey’s main objective in Syria, which is to contain Kurdish expansion, especially if the regime, Russia and the Syrian Kurdish People’s Protection Units (YPG) cut a deal over its head — and worse, Ankara fears, with the United States’ tacit blessing.

Contrary to the conventional view that Washington is unhappy with the YPG’s recent overtures to the regime, it is actually encouraging them, with the initial objective being to persuade the regime to help restore services in areas held by the YPG-led Syrian Democratic Forces and where US special forces are currently based. It's seen as a vital piece of stabilization efforts in the swath of northeastern Syria that was liberated from the Islamic State and crucial to ensuring that it remains so.

Turkey has been scrambling to spin so-called “moderate” rebels away from HTS while encouraging groups under its mentorship to battle the jihadis, but the clock is ticking. Should Russia give the regime the green light, most likely Turkey will be forced to pull out of the 12 observation posts it has established in Idlib as part of the Astana de-escalation process because it will lose air access over the region.

But the regime still needs to clear rural Latakia, northern Hama and Jisr al-Shughour, well-informed sources told Al-Monitor. That could take months, allowing time for a deal between Turkish President Recep Tayyip Erdogan and Putin. But the shape of the deal remains unclear as Turkey continues parallel talks with the United States to defang the YPG. Gen. Curtis Scaparrotti, the head of the US’ European Command and NATO’s supreme allied commander, is expected to travel to Turkey on Aug. 1 to hold talks with his Turkish counterparts on the situation in northern Syria, including the Manbij road map, Turkey’s state-run Anadolu News Agency reported.