For the most part, Turkey's presidential candidates urge good relations with Russia, but things are more complicated when it comes to cooperation in the military field. 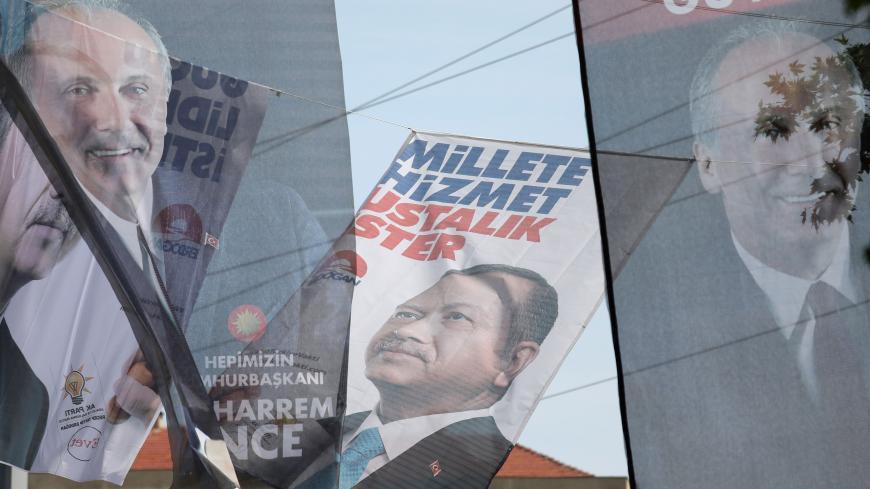 Amid complications over the United States' transfer of F-35 aircraft to Turkey, President Recep Tayyip Erdogan has proposed a joint production with Russia of the S-500 anti-ballistic missile system.

“Besides [the S-400s], I have made a proposal to Russia for the joint production of the S-500s,” the Turkish leader said in an interview with Turkey’s 24 TV on June 13.

He also accused his NATO allies of double standards and reminded them of the Russian-Greek deal on S-300 anti-ballistic missile systems.

Russian leadership didn’t publicly comment on Erdogan’s proposal of S-500s. Nevertheless, some Russian military experts expressed their skepticism over the Erdogan statement. Ret. Col. Victor Baranets, a military columnist at the Komsomolskaya Pravda newspaper and a member of the Public Council at the Russian Defense Ministry, said that Erdogan’s proposal looks “very exotic and mysterious.”

“The S-500 complex is still being tested and has not been adopted by the Russian army," Baranets argued. "In my opinion, the deal with Turkey looks hardly possible at the present moment."

He also mentioned the fact that Russia has never had a joint production of the newest type of military equipment with any foreign state as, according to the government decree, the latest weapons must be delivered primarily to the Russian army.

Another Russian military expert, Alexandr Hrolenko, also has doubts about the possibility of the S-500 deal. He believes that even if Russia agrees to joint production, the most important technologies will never be transferred to Turkey.

Erdogan made his S-500 proposal less than two weeks before presidential and parliamentary elections in Turkey. Thus, many in Moscow believe his words were aimed primarily at his current and potential constituencies. In his pre-election rhetoric, Erdogan would want to look like an independent world leader who develops good relations with Moscow in full accordance with Turkey’s national interests. However, the Justice and Development Party’s visible turn to nationalism, and especially the recent alliance with nationalists from the Nationalist Action Party, sometimes dictates an anti-Russian stance. On June 8, Turkish Foreign Minister Mevlut Cavusoglu said that Ankara would “remember annexation of Crimea and continue to help Ukraine” and urged European countries “not to forget about Crimea.” The statements angered Russian politicians. Konstantin Kosachev, head of the international affairs committee of the upper house of the Russian parliament, said that such rhetoric “doesn’t lead to better relations between Moscow and Ankara.”

Most of Turkey’s presidential candidates, however, seem to view Russia as an important trade and economic partner, though not all of them support the S-400 deal and Ankara’s cooperation with Moscow in Syria.

Temel Karamollaoglu from the pro-Islamist Felicity Party views Russia as an important partner-state on matters of trade and economy. In an interview with Russia’s state-run news agency RIA Novosti, he said that he and his party stand for the acceleration of the development of economic relations with Russia. Karamollaoglu is one of the supporters of the S-400 purchase deal.

“President Erdogan said that the topic of buying the S-400 is closed and there cannot be any new negotiations on this topic," Karamollaoglu said. "I share this position. We want the agreement to be carried out and perhaps we will further develop contacts in this direction.”

Presidential candidate Dogu Perincek from the Vatan Party can thus far be considered the most pro-Russian candidate of all running in the election in Turkey. He is a frequent guest in Russia and views Moscow as a key strategic partner of Ankara. In an interview with Russian media source Geopolitica.ru, which shares pro-Eurasian views, he said that the current state of Russian-Turkish relations can only be possible due to Vatan’s efforts.

“Turkish-Russian relations have a strategic character," Perincek said. "It is in the interests of both countries to stick together in the 21st century, both in the spheres of security and in the economy. Turkey and Russia are facing the same threats. We are facing threats from the US.”

The other candidates for the presidency — Selahattin Demirtas and Meral Aksener — don’t deny the importance of Russia as a key trade and economic partner to Turkey, but they also don’t shy away from skepticism over some political issues, such as Russia’s stance toward Syrian Kurds and the S-400 deal.

The Russian media and the expert community are closely following Turkey’s elections. Most of them don’t rush to predict Erdogan’s win, at least in the first round of elections.

“Now the triumph of the incumbent president is questionable: His popularity is falling, and the opposition is stronger than ever,” writes liberal online newspaper Gazeta.ru.

“The outcome of the elections is not clear because of problems in the economy and for other reasons. The elections will be the most serious test for Erdogan in his long political career,” predicts Expert.ru, a state-run analytical online magazine. Semen Bagdasarov, a Russian Middle East expert and frequent guest on numerous political talk shows at state-run TV channels, is one of those predicting Erdogan’s win in the first round. “Erdogan’s chances are high. He is very popular now, as by maneuvering between Moscow and Washington he could succeed in Syria.”