Intel: How Russia is pushing weapons sale that has roiled US-Turkey relations 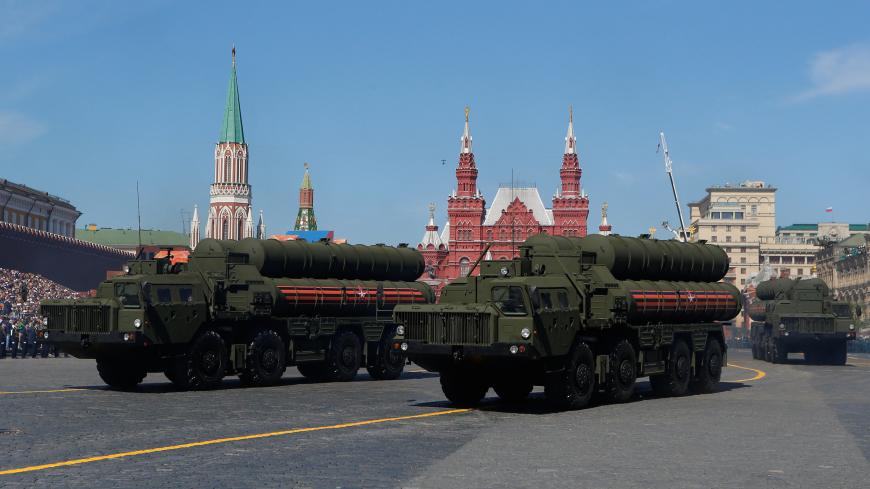 Moscow is insisting that the sale of its S-400 missile defense system to Turkey despite harsh US opposition is going “very smoothly” and is “just business.”

"This is a system that the Turkish government wants, and we want to [sell] it,” Viktor Kladov, director for international cooperation and regional policy at the Russian defense firm Rostec told Defense News at a recent defense conference in Abu Dhabi. “We are cooperating with partners and potential partners, regardless of who likes it and who doesn't like it.”

Asked whether Russia will step in with its own offer of Su-35 fighters should the United States retaliate by denying the delivery of F-35s to Ankara, Kladov added, "No, it doesn’t work that way. In the first place, it will be decided by the [Turks].”

Why it matters: The sale of the S-400 has driven yet another wedge into US-Turkey relations. Russia had initially seen the Turkish demand for the Russian air-defense system as a negotiating tactic by Ankara in its bid for the US-made Patriot system. But as talks between Turkey and the United States stalled, Moscow did what it could to make the deal economically and politically viable — both in terms of widening the US-Turkey rift and strengthening its own partnership with Ankara.

Moscow and Ankara have long argued over the price of the deal and over whether Russia would be willing to transfer sensitive technology. In December 2017, Rostec CEO Sergey Chemezov set the sale price at $2.5 billion. The first deliveries are scheduled for this fall.

In a Feb. 10 interview with the Washington Post, Chemezov, who is also Putin’s longtime confidant and is under US sanctions, called the US reaction to the deal “a simple example of unscrupulous competition.” He insisted that Moscow wasn’t concerned about its own security in terms of selling the system to a NATO member since the S-400 “is not an offensive system; it is a defensive system.”

“We can sell it to Americans if they want to [buy it],” he said.

Less than meets the eye: Russian military experts say the S-400 would give Turkey its first long-range anti-aircraft missile system. For now, Turkey only operates the US-made MIM-14 and MIM-23 mid-range systems and the British short-range Rapier.

Col. Viktor Murakhovsky, editor-in-chief of a Russian military journal, said the military characteristics of the export version of the S-400 are significantly different from the domestic version.

“All the sensitive technology that the state considers ‘classified’ is not in the export version,” Murakhovsky said in 2017, rebutting reports that NATO could exploit the sale to gain valuable information that could be used against Russia. He pointed out that Greece, another NATO country, has long operated Russian S-300s.

But another military analyst, Col. Mikhail Khodarenok, has said that even the “reduced capacity” system being sold to Turkey constitutes “one of the most advanced defensive systems in the world able to put a country’s airspace under lock and key.”

Meanwhile, the head of the Russian Federal Service on military-technical cooperation, Dmitry Shugaev, said recently that Moscow understands Turkey’s ambition to develop its own defense industry. He said Russia has made some “concrete proposals” on the projects that interest Turkey most —– on aviation technologies and engines, in particular.

“The terms of the S-400 contract imply further technological cooperation,” he said. “We are prepared to localize production of certain elements of the system [in Turkey].”

What’s next: Washington has warned Ankara that buying the S-400 will result in a reassessment of Turkey's participation in the F-35 fighter jet program and even possibly sanctions.

Last week, a defiant Turkish President Recep Tayyip Erdogan called the purchase a “done deal” and said Ankara was even ready to consider purchasing the more advanced S-500 system in the future.

Know more: Read more about Erdogan’s latest dismissal of US threats here and the latest on Russia-Turkey evolving ties here.