Child abuse case brings outrage, but no change in Iran

Just a month after a high-profile child molestation case shook Iran, the outrage has died down and very little is being done to prevent future abuse. 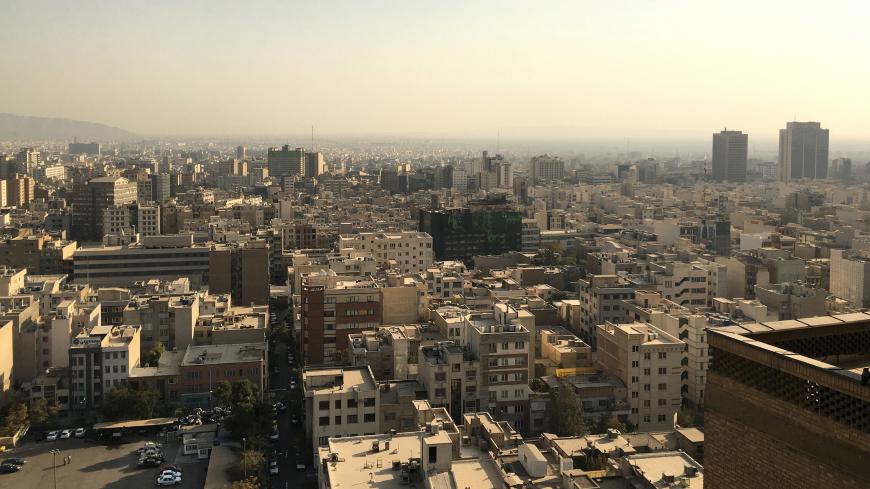 A man in handcuffs is standing in front of the camera, haltingly giving a first-person account of the pedophilia case that has shaken Iran for a month: “Four or five students came into my office. … I had some obscene images on my cell phone. … They saw them. … It was mostly a joke. … It only went as far as touching …”

In the background, angry male and female voices rise, expressing condemnation and accusations. The man answers and denies some heavier accusations, such as child rape.

The video, less than a minute long, was published in the Persian-language media back on May 28. A few hours before this video spread, Khabar Online reported on an incident that had taken place in a boys’ high school in western Tehran. According to the report, the handcuffed man in the video was an official at the private high school who “sexually harassed a number of students."

This is not the first child abuse story to be picked up by the Iranian news media. But it is a rarity for the story to be leaked to the press by desperate parents who had feared that the case would be hushed up. One of the parents who talked to Shargh said, “We decided to alert the media so we could have some support. Now, however, it has gotten out of hand and [both the parents and the school administration] wish that media had not gotten so involved in this matter.”

The attention has brought about a wider debate on education and related legislation. But after a month, the result is little more than vague promises and Iran appears to be sinking back to the culture of silence on child molestation.

Iranian filmmaker Yaser Arab told Al-Monitor, “Sexual scandals are the government's Achilles' heel. It doesn’t matter how many cases of sexual harassment exist or how many children are being abused. They only become important when they create an issue for the government. This is the painful part. This atmosphere of silence and denial has made it impossible to normalize the subject of sex education for kids, be it at school or with parents.” Arab devoted four years, from 2011 to 2015, to making "A Simple Suggestion," an in-depth documentary series on sexuality in Iran.

The first of 21 episodes was dedicated to children’s sexual education. In it, Arab underlines that in order to fight child abuse, one must be able to talk about it rather than avoid it as a taboo topic. He said that Iran is in a state of denial on child abuse.

According to Arab, no educational institutes showed any interest in his documentary. The team took the documentary to the Islamic Republic of Iran Broadcasting, but it became clear that it would not show the documentary in full either. So Arab put it on the Iranian video-sharing platform Aparat, where the episodes reached 1.5 million viewers.

The state TV’s documentary channel agreed to air some of it but asked that the 140-minute episode it planned to screen be shortened to 90 minutes. Even after this adjustment, the episode still faced problems when it was aired in January 2017. Arab told Al-Monitor, “The whole thing was very weird. The host of the program, Ali Sadrinia, took me and a cleric, Mohammadreza Zaeri, on as guests. The program’s host constantly offered false statistics to prove that sexual education for children is ineffective and has instead increased the rate of sexual promiscuity and unwanted pregnancies in the West.”

According to Arab, some families who reside in northern Tehran are attending private and semi-secret educational courses so they can respond to sexual questions or detect it if their children face abuse.

“Those parents who have the time and financial means can take advantage of these expensive courses, which offer the type of education that is not yet found in Iranian schools,” he told Al-Monitor. “However, what are we to do about the middle- and working-class kids? Should sexual education be only available to a certain class of society?”

In the wake of the Tehran abuse case, the lack of proper sexual education including abuse for schoolchildren was widely criticized by media, parents and some politicians. Sociologists made statements in the media about the importance of sexual education, and officials in the Ministry of Education pledged to reassess the question of sexual education.

But the issue of sexual education has become part of a larger question, with conservative Iranians objecting to UNESCO’s 2030 Agenda for Sustainable Development. The UNESCO guidelines, which include sexual education in schools, became a sensitive and controversial issue during the 2017 presidential elections. Conservative media outlets and individuals criticize the agenda as a tool that “assists secular and open-minded movements to penetrate the Iranian educational system and shape it according to Western standards.”

The pressure and criticism, including open opposition by the supreme leader, eventually blocked the agenda from being adopted. The recent child molestation case has once again made the 2030 Agenda a hot topic of discussion and even a scapegoat. Conservative politician Hossein-Ali Haji-Deligani took the parliament floor on May 30 to blame the guidelines, saying, “The crime that has taken place in the high school in western Tehran is the result of the implementation of the 2030 Agenda, which is being sporadically implemented in various locations.”

The case also opened debate on whether Iranian laws protected children sufficiently from abuse. Iranian jurists emphasized the importance of passing new legislation in support of children's rights, and Iran’s Supreme Leader Ayatollah Ali Khamenei asked officials to punish the accused according to Sharia, which may include lashing, imprisonment, exile or the death penalty. On June 12, Gholemreza Mansouri, an official from the Public Prosecutor's Office, told Tasnim News that the case has eight plaintiffs and the defendant is accused of “promoting corruption and child abuse,” not rape.

Child molestation has only recently been considered a crime in Iran. The term entered Iran’s legal vocabulary in January 2003 with the passing of a law regarding rights of children and adolescents.

According to Monica Nadi, a lawyer and member of the legal committee of the Association for the Support of Children's Rights in Iran, the 2003 law still falls short of protecting children. A stronger law was formulated in 2011 but has been awaiting approval for almost seven years. According to Nadi, if this legislation is approved, it will be easier to combat child abuse. Among other things, it gives a role to nongovernmental organizations in directly filing complaints of abuse with judicial authorities.

Does this legislation address the issue of sexual education for children? “Not explicitly,” Nadi told Al-Monitor. “But it does talk about educating children, as well as family members and other adults who are in contact with children, about children’s rights. Therefore, a related organization such as the Ministry of Education will be required to approve a set of internal guidelines and regulations regarding children's rights, and sexual education will be a part of that.”