Why do Iranian conservatives hate this top-rated TV series?

“Don’t Leave Me,” a family saga, got top ratings in Iran’s Ramadan TV. But its rape scene and secular tone raised the ire of conservatives. 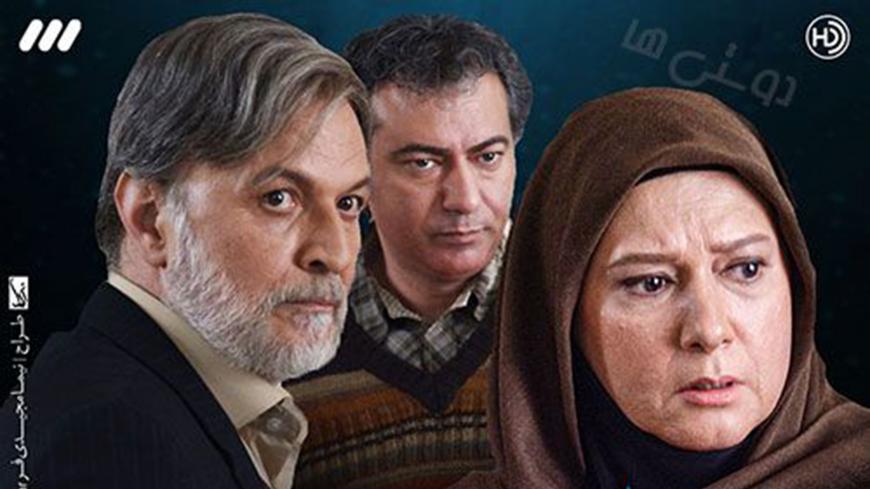 Iranian state TV censorship of a popular series has once again created a controversy in the Iranian circles, starting a debate on rape, child molestation and sexuality on screen.

The controversy follows the decision of the state TV’s censorship of an episode of “Don’t Leave Me,” a top-rated TV series that ran throughout Ramadan, the high season for TV in the whole region.

In Iran, state TV channels broadcast 30-episode series throughout the holy month of Ramadan, usually airing the series late in the evening after the call to prayer and iftar (the evening meal that ends fasting). "Don’t Leave Me" was the heavyweight series shown on state TV Channel 3, overtaking its competitors with its high ratings.

The plot revolves around a family and its secrets when one of the siblings admits to the others that he forged their father's documents so that the family property could become his. Iranians loved the saga, with its many twists and turns, but censorship authorities took a dislike to one of the stories where an Iranian woman of 30 is attacked and raped.

Rape scenes or even the suggestion of sexual relationships are rare on Iran's state TV, which is managed by conservative Abdulali Ali-Asgari — who was appointed by Supreme Leader Ayatollah Ali Khamenei.

While controversial documentaries and movies about prostitution and rape have been made in Iran, state TV has rarely focused on such issues in its popular series. Even in movies and documentaries, tackling sexuality is risky. "Poverty and Prostitution" — a 2004 documentary directed by Masoud Dehnamaki that concentrates on social gaps and traffickers transferring Iranian girls from poor classes to Dubai for prostitution — was never allowed to be screened in cinemas. It was, however, later sold on the black market and uploaded on the internet.

In reaction, Mohammad Mehdi Asgarpour, the director of the series, reacted harshly, saying state TV has "raped" his series. "The episode was about rape and, indeed, a rape has happened,” he wrote. “[State TV] raped the series,” he told local media June 1.

In the same statement, the director also threatened to resign, saying, "If this situation continues, you won't see my name in the closing credits, and I will let this stain remain for the managers [of state TV]."

A similar line was repeated by Donia Madani, the actress who plays the role of Farnaz, who gets raped. Madani said on her Instagram account that the rape scene was meant to give a voice to the pain of Iranian women who have been raped, adding, "[We shouldn’t] choke out the [voice of women like] Farnaz with our own hands."

Mahdi Roshan Ravan, a high-ranking state TV official, said censorship was applied because of the "high level of violence” in the rape scene.

"Following the review of [the 16th episode], it was determined that the level of violence in the sequence is high, and … a large number of viewers watch the series while they are breaking their fast; hence, this amount of violence had to be lessened as the audience could be offended," a state TV official said in a statement June 2. The statement added that given the recent events in a school west of Tehran and tension in society over this issue, it seemed better to censor the scene.

The reference is to a much-publicized case of harassment and abuse at a high school, where a head teacher was accused May 28 of sexually abusing several male students. According to prosecutor Abbas Jafari Dolatabadi, the man who has been accused of the crime has admitted showing pornographic clips to students but has rejected other accusations such as rape and molestation. The case remains in Iranian headlines, and Khamenei has ordered the judiciary to pursue it closely.

As the Ramadan season progressed, criticism from conservatives toward “Don’t Leave Me” intensified and spilled over to the general tone of the series, which conservative critics found “too secular” for their liking.

Hard-line media attacked state TV over the series, blaming Jamile Dar Al-Shafai, the writer of the screenplay, and her secular outlook.

"The pseudo-intellectual author who uses [cheap and vulgar] words in [her tweets in] cyberspace gets money from state TV for her cooperation over a Ramadan series," the hard-line Javan newspaper wrote June 8. The daily also said that although “Don’t Leave Me" was intended as a Ramadan series, it totally ignored the role of religion in daily life.

And the Kayhan newspaper — the mouthpiece of hard-liners — slammed Shafai for advocating for the Green Movement. This refers to the 2009 elections, after which two Reformist presidential candidates stated that ballots were rigged, triggering protests across Iran. Mir Hossein Mousavi's supporters who took to the streets to express their objection to the election results are known as the Green Movement. Shafai was arrested during these protests, wrote Kayhan.