During the month of Ramadan, Arab channels screen several TV series, and the Gaza Strip hopes to take part in this regional field by producing comedy and drama shows. 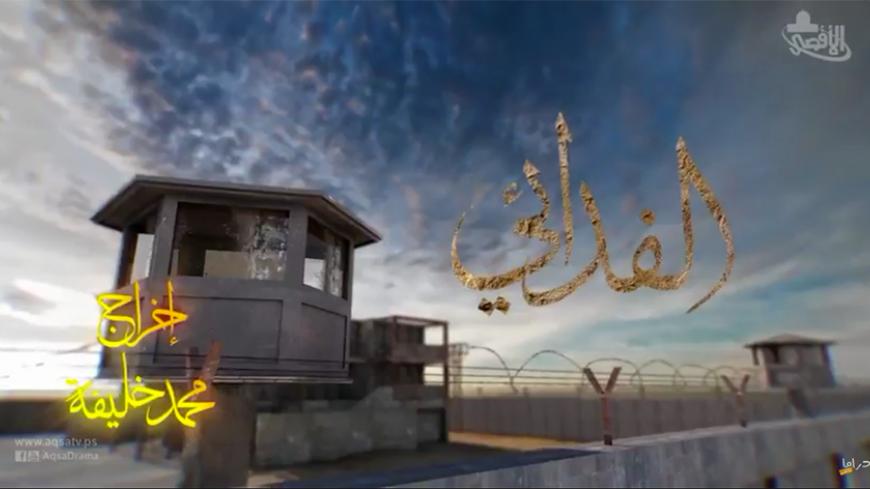 GAZA CITY, Gaza Strip — Every year, Muslims fasting during Ramadan expect to watch Arab drama TV shows at the end of the day. They gather around their TV sets, as all channels start showing a great number of series.

The Gazan drama made its debut through shows that were presented to local and Arab viewers. This year, a few comedy and tragedy series were presented, all characterized with the simplicity of their production.

Said Betar, an actor and director of the Palestinian government-run television in the Gaza Strip, plays the leading role in a social comedy series called "Al-Hakouti Felfel" ("Felfel the Storyteller").

“This series is my third acting experience. It was produced while artistic work and drama began fading since art started conveying stories of Palestinian [political] parties rather than portraying the citizens’ social and life concerns,” Betar told Al-Monitor.

Betar, who also owns Al-Montar for Art and Drama Production, produced this series despite the difficulties he faced. “There are always issues with production and funding. However, for me to overcome this, some businessmen gave me a loan to make this a successful production in a record-breaking time. In addition, I took a [personal] loan from a Palestinian bank worth $30,000,” he said.

“I produced the series at a time when everyone is ignoring Palestinian artists and trying to obliterate their creativity. It was a reflection of the tough reality in Gaza, especially since we live in political and social division,” he added.

Betar started working on the production in January and finished in June.

Another action series, "Al-Fidaii" ("Guerrilla"), reflecting the bitter reality of Palestinian prisoners in Israeli jails, was produced by privately owned Al-Aqsa TV, which operates from the Gaza Strip.

The series’ director, Mohammed Khalifa, told Al-Monitor that the drama he presents contains ideas that are collected each year, out of which one idea is chosen to be produced.

“For years, during Ramadan, Arab dramas prevailed on the screens and we [Al-Aqsa channel staff] wanted to leave our own imprint on the artistic scene. This is why this year, we picked a scenario adapted from a story about prisoners and their suffering and created our series, which is very much related to the Palestinian reality and based on true stories, adapted for this drama,” Khalifa said.

According to Khalifa, in addition to the lack of funding, Al-Aqsa faced several obstacles while producing the series, which started production in January 2015, such as the lack of shooting locations and the lack of a production company to provide suitable conditions for shooting.

Khalifa noted that thanks to the series’ suspenseful events, it got the opportunity to be broadcast on Arab satellite channels.

“In addition to Al-Aqsa channel, the series is being screened on the Tunisian Zitouna TV. But this breakthrough was delayed because of the lack of distribution companies for drama works. However, two episodes into the series, we received a number of offers from several Arab channels. After the month of Ramadan, it will be shown on four different [Arab] channels, which is a first of its kind experience for Palestinian drama,” he said.

Khalifa believes that the Palestinian arena is filled with great actors, as their experiences constantly evolve with each role they play. However, Gaza is in need of institutions that support actors on the professional level, such as movie theaters and acting institutes.

“Should these institutions be established, there would be [an authority] to evaluate series, movies and actors and determine the strong and weak points. So far, actors have been able to evolve based on their personal efforts, and their artistic level took a huge leap from amateurism to professionalism thanks to practice and personal efforts,” Khalifa said.

Actor, director and art critic Ousama al-Khaldi believes drama in Gaza has its own beautiful Palestinian touch and a Gazan characteristic. He finds it is affected by the general atmosphere and the political changes that result in lax stability in all aspects of life.

Khaldi thinks the Gazan drama can compete on the Arab level, but under certain conditions. “Drama in the Gaza Strip can compete on the Arab level, but it needs further funding. It also requires cadres whose experiences are not limited to comedy; actors need workshops before getting in front of a camera. We also need screenwriters and soundtrack composers, as well as theaters and movies,” he explained.

Khaldi also stressed the importance of not only portraying war in all series, but also of respecting drama in all its aspects.

In the past few years, artistic groups in the Gaza Strip were able to overcome the exceptional circumstances they worked under, using their modest potential to enter the race for the best Ramadan series — at least locally — before proceeding to the Arab level.