Asghar Farhadi's latest film has been the subject of a number of controversies since winning two awards at the Cannes Film Festival. 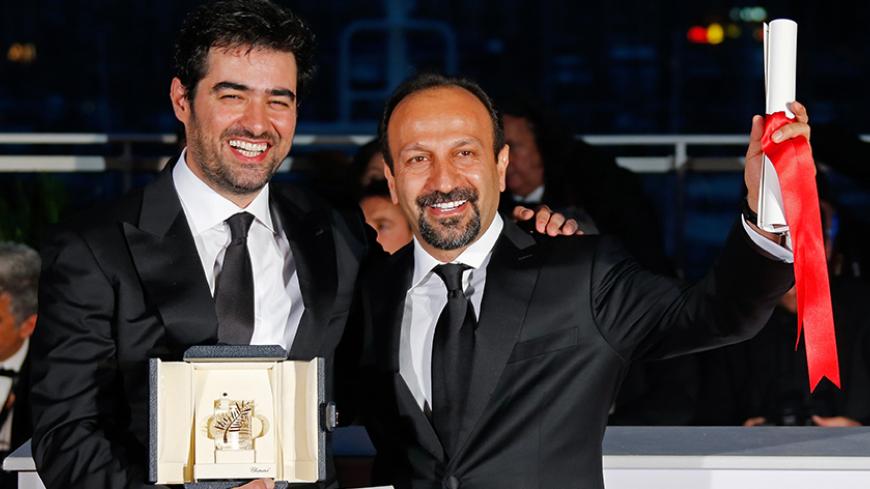 After Iranian director Asghar Farhadi’s latest film received two awards at the Cannes Film Festival in France, the director and both of the leading actors in the film have all been the subject of various controversies in their home country of Iran.

“The Salesman” earned Farhadi the best screenplay prize and Shahab Hosseini the best male actor award, the only film at Cannes to win two prizes this year. Farhadi became an internationally recognized name after becoming the first Iranian to win an Academy Award for his 2011 film "A Separation," which won best foreign language film. "A Separation" was also nominated for best original screenplay.

The Cannes awards, however, were followed by scrutiny and criticism from the Iranian media. Saeed Mahdavi wrote in the hard-line Kayhan newspaper that "The Salesman" won two awards even though many critics believe the film was at “a lower level” than the director’s previous work. Mahdavi added that despite this, it still was predictable that Farhadi's film would win the awards.

Mahdavi’s major issue with the film was how it addressed the issue of rape, saying the movie portrayed “the defense of family honor and dignity as fanaticism and violence." He accused the film of depicting “traditional and ethical behavior” as being inferior to “intellectual character.”

Mahdavi’s criticisms are in line with what hard-liners see as a cultural invasion from the West to change Iranian and Islamic values and beliefs in Iranian society. While "The Salesman" was made in Iran, the French company Memento is an investor in the film. Mahdavi derisively called the movie a “purchased film,” as in being made at the behest of a customer.

The Islamic Republic newspaper, without addressing Farhadi by name, also brought out an old accusation against Iranian directors who win prizes abroad by accusing him of portraying a dark side of Iran. The article accused Farhadi of seeking overseas prizes and criticized him for never thinking of making Iranians happy.

Hosseini also became the subject of controversy. During a May 30 news conference in Iran, Hosseini said he wanted to dedicate the award to the 12th Shiite imam because he received the best actor prize on the imam’s birthday. Some Iranians on social media attacked the actor, because during his Cannes speech Hosseini dedicated the award to the people of Iran. Some also resorted to attacking Hosseini's religious beliefs as well, according to Iranian media reports.

The female lead in "The Salesman," Taraneh Alidoosti, also became entangled in a controversy during the same news conference after her bare arm revealed a feminist tattoo. Hard-line media criticized the actress, accusing her of being pro-choice. After the media storm, Alidoosti responded on Twitter, “Keep calm and YES I’m a feminist.”

Farhadi, who has been previously criticized for other films, including "A Separation" and "About Elly," has publicly remained calm over the criticism of his film. “They will eventually find any excuse,” Farhadi said at the news conference. A June 1 article in Shargh Daily wrote that Farhadi has been labeled as a director who paints a negative image of Iran, literally “blackwashing,” and is often called “Weststruck” and “anti-Iranian.” Hard-liners previously accused Farhadi of promoting Baha'ism after they jumped to the conclusion that a portrait of Leonardo da Vinci in a scene of "A Separation" was that of the founder of the Bahais.

Reflecting on the criticism, Farhadi said that the 1969 film "The Cow" was also criticized for portraying the lives of the rural poor but that after 50 years Iranians continue to watch it and now consider it great. “Perhaps by appearance it looks dark but inside there are hidden shining diamonds,” said Farhadi of the pre-revolutionary film that became the first Iranian movie to be nominated for an Academy Award. “If 'The Cow' was made today and won an award, would it be construed as 'blackwashing'?”

On May 31, Culture Ministry officials in charge of film releases approved the domestic release of "The Salesman" to Iranian theaters as early as next week.