Will Iran’s next Oscar-winning film be in Spanish? 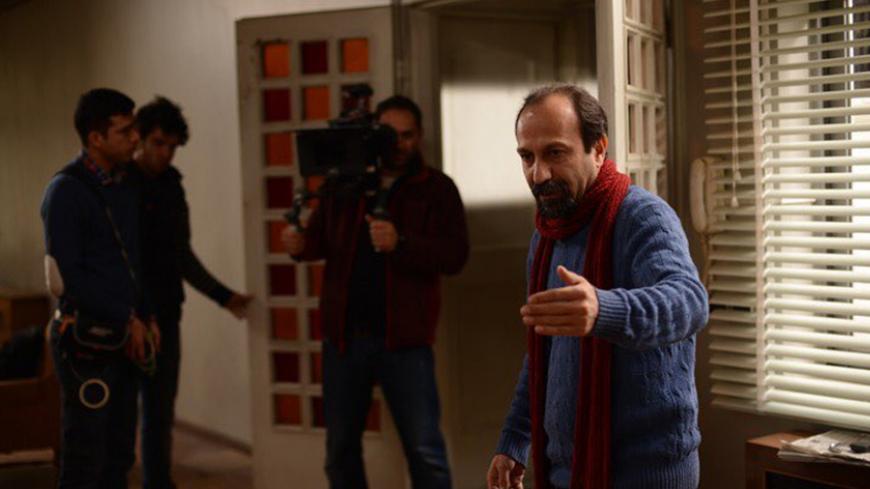 Oscar-winning Iranian director Asghar Farhadi’s latest project is a Spanish-language film set in rural Iberia and starring Spain’s most celebrated acting couple: Penelope Cruz and Javier Bardem. The film, not yet titled, will be Farhadi’s second production outside his native Iran. In 2013, he wrote and directed “The Past,” a drama shot in France. It starred French-Argentine actress Bérénice Bejo, who later won the Best Actress award at the Cannes Film Festival for her performance.

In 2010, French actress Juliette Binoche won the same award for her role in another film made by an Iranian director. “Certified Copy,” shot in Italy, was directed by the acclaimed Abbas Kiarostami, who died on July 4, 2016, and was his first feature film made outside Iran. Kiarostami subsequently made the 2012 “Like Someone in Love,” set in Japan. When asked by an Iranian reporter in May 2012 why he did not make his films in his homeland, Kiarostami said, “If I request a license [to film in Iran], they would easily give it to me, but there is no guarantee as to whether this license will be valid six months later or when the film is ready. I cannot jeopardize other people’s money or my own peace of mind. Therefore, as long as a license has no real meaning, I will not make any films in Iran.”

Kiarostami was refering to the Iranian law that requires a production and a screening license from the Ministry of Culture and Islamic Guidance to make or screen a film in Iran. Many projects obtain a production license but then face issues in procuring one for screening, making it risky for producers to invest in Iranian cinema.

Other Iranian directors have also made films abroad. While some of these productions have been publicly screened in Iran, others never made it to local theaters.

Iranian director Abolfazl Jalili told Al-Monitor, “After the revolution, I was among the first people who were invited to France to make a film. When I asked the producer who had invited me why I had been selected, he said it was because they wanted to make a film for the younger generation and since I had worked in the field and they had seen my films, they thought that I could have a greater impact than other directors. Of course, I was enthusiastic too.”

Jalili has made 15 films in Iran, all of which have been granted production licenses but have nonetheless failed to receive licenses for public screening. In 1999, he and his fellow Iranian directors Nasser Taghvai and Mohsen Makhmalbaf were nominated for the Golden Palm — the grand prize at the Cannes Film Festival — for their film “Tales of Kish.”

Jalili said he was excited to direct a film outside Iran not only because he thought his work would not be shown at home. He told Al-Monitor, “It was because I wanted to go and gain experience in the world outside Iran. I think this was also true for Abbas Kiarostami and Farhadi.”

However, in Jalili’s telling, directing a film abroad can be very risky for Iranian filmmakers “due to a lack of full understanding of the other country’s culture." He said, "Kiarostami did this very cautiously. Farhadi’s ‘The Past’ was also made in France with Iranian actors. In fact, one can say that it was an Iranian film that was made in France.”

Jalili said Farhadi is now making films with strong producers, who give him access to the best facilities and services that are unavailable in Iran.

Given the restrictions and obstacles faced by female actors in Iranian cinema, and especially with regard to compulsory veiling, it seems natural that Farhadi would choose a location abroad to turn his and Cruz’ wish into reality. Nevertheless, the change in location doesn’t mean that Farhadi, his screenplay or his actors will be wholly free of restrictions.

In a press conference that followed the screening of “The Past” at the Cannes Film Festival in May 2013, Farhadi spoke of his experience working in a liberated environment and said, “Being outside Iran for two years, I do not think I have full freedom. However, I do not feel the heavy weight of the restrictions [there] either and am more at peace. In France, I do not have the same restrictions as I faced in Iran, but there are financial restrictions and the pressures imposed by the producer and limitations that I myself am not aware of either.”

Farhadi and Cruz were initially set to start working together immediately after the making of “The Past.” However, the Iranian director had a sudden change of mind and returned to Iran to make “The Salesman” instead. In an interview with Iran's Etemad on Sept. 14, Farhadi said, “I felt that if I were to be away from Iran for another three years to make a film, it would be very difficult. I asked the actors and producers of the [Spanish-language] film to wait for a period. … It was in fact an unexpected and instinctive decision. We had planned on locations in Spain, but I decided to return to Iran and make a film here. … I think my base should definitely be right here. I think no director can claim such a thing unless he goes and lives in another culture for some time, stays there and grows. Filmmakers can show their full capabilities in their own culture and language.”

On Dec. 12, the Iranian-made drama “The Salesman” was nominated for Best Foreign Language Film for the 2017 Golden Globe Awards. Meanwhile, Farhadi is in Spain preparing the preliminary stages of his new film. Farhadi told Etemad that there are different reasons for working outside Iran. “On the one hand, there are cinematic reasons: the fact that you get to work with a new group, in a different setting, and gain a new experience. On the other hand, there are non-cinema-related reasons. Unfortunately, my work in Iran is accompanied by some controversy and sometimes I have no choice but to distance myself and then return again.”