In light of Jordan's latest protests that toppled the prime minister, Saudi Arabia initiated a summit June 10 where a $2.5 billion five-year aid program was agreed on to help the Hashemite Kingdom regain a position of stability in the region. 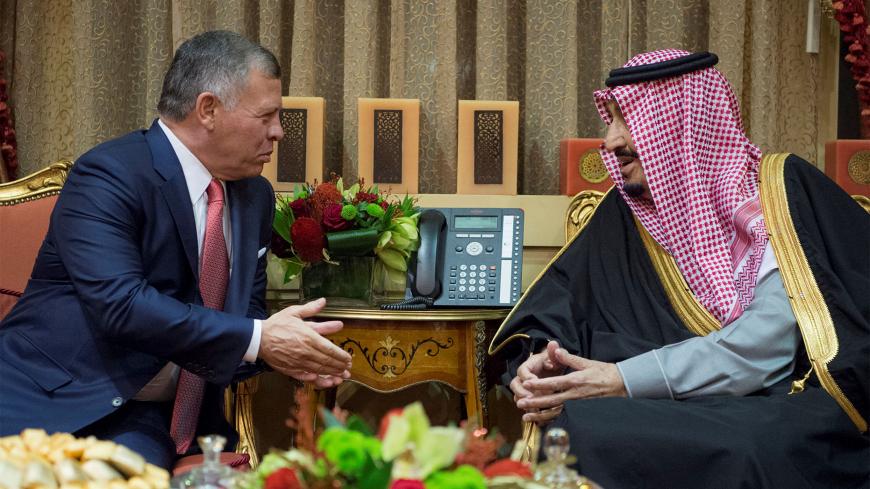 Saudi King Salman bin Abdul-Aziz Al Saud is bailing out his fellow monarch, Jordan’s King Abdullah, from a crisis the Saudis helped create. Whatever the Saudis' timing or motives, they are doing the right thing as Jordan’s stability is crucial to the region.

Salman convened a summit in Mecca on June 10 with Kuwait’s Emir Sheikh Sabah Al-Ahmad Al-Jaber Al-Sabah and Vice President of the United Arab Emirates Mohammed bin Rashid Al-Maktoum to address Jordan’s financial crisis and the demonstrations it has produced. The crisis has already toppled the Jordanian prime minister. Abdullah brought his son Crown Prince Hussein to the summit, presumably for a crash course in Arab summit politics.

At the summit, a $2.5 billion five-year aid program was agreed on, but many of the details are not available yet. This is roughly half the aid Jordan has been receiving from the Gulf states. Following the Arab Spring, the Saudi king led the Gulf Cooperation Council (GCC) to agree to provide $5 billion in grant aid to Jordan over five years beginning in 2012, of which the Saudis contributed $2 billion. The package ended in 2017. Roughly 1 million Jordanian citizens living in GCC member states send home over $2 billion annually.

Jordan faces huge economic challenges, with many refugees from Palestine, Iraq and Syria in the country. With few natural resources, Jordan has long been dependent on outside benefactors including the United States and the European Union. The halt in the aid package last year played a critical role in creating the conditions for the current protests in Jordan; uncertainty about Saudi and Gulf aid has not been helpful to create confidence in Jordan’s finances.

The Saudis have been increasingly unhappy with Jordan’s policies on several crucial issues. First, Jordan has not joined the Saudi blockade of Qatar, although it withdrew its ambassador in Doha last year. Qatar is the third-largest investor in Jordan, and trade has grown since last summer.

While Jordan withdrew its ambassador from Tehran when Iranian protesters attacked Saudi diplomats in 2015, it has not severed relations as the Saudis did. And it has drawn down its support for the Saudi-led coalition in Yemen.

The Saudis have also been unhappy with Jordan's strong opposition to the US Embassy move to Jerusalem. But that irritation has faded as the Saudis have moved to reassert traditional Saudi positions in the Israeli-Palestine conflict. Salman has taken the lead on reaffirming the Saudi position during the self-proclaimed Jerusalem Arab League Summit in Dhahran on April 15.

Saudi efforts to intimidate Jordan have backfired. Last December, the Saudis briefly detained wealthy Jordanian businessman Sabih al-Masri when he visited the kingdom. Jordanians and Palestinians saw the detention as an attempt to humiliate them, and the episode was a public relations setback for the Saudis, especially for Crown Prince Mohammed bin Salman who was seen as the perpetrator. But the incident did nothing to strengthen confidence in the Jordanian economy and the Saudi commitment to Jordan.

At this time it is not clear if the Saudis extracted any new commitments from Jordan for the new aid agreement. The Jordanians assume that there is some quid pro quo for the Saudi money. The Saudis will have a greater influence on Jordan’s foreign policy thanks to the aid leverage, but Amman has a long track record of independence.

The Saudis are also in a weaker position to exert influence with relatively lower oil prices than in 2012 and their expensive war in Yemen. The Yemeni war, Prince Mohammed's signature foreign policy item, is a tremendous drain on Saudi resources. The year-old quarrel with Qatar has all but destroyed the GCC, previously a force multiplier for Saudi policies.

Jordan has a long history of political unrest, often turning into demonstrations. Just two years after ascending to the throne at age 18, King Hussein was almost toppled in 1955 by the so-called Baghdad Pact riots. The British-led Arab Legion saved the monarchy from crowds chanting for Egypt’s President Gamal Abed Nasser. Ironically, the Saudis were also financing the riots because of their historic rivalry with the Hashemites and aversion to British imperialism.

Ever since 1955, Jordan has been at the center of regional politics. By virtue of its geography and demographics, the small kingdom is crucial to keeping alive the Arab world’s slender grasp on any hope of stability. Surrounded by civil wars, occupation and terror, keeping Jordan afloat is a vital interest of the Saudis and the Americans.