Jordan has attempted to remain neutral in the Gulf feud that erupted in 2017 when a Saudi-led bloc of nations cut diplomatic ties with Qatar. The kingdom has welcomed the agreement recently signed to end the Gulf dispute. 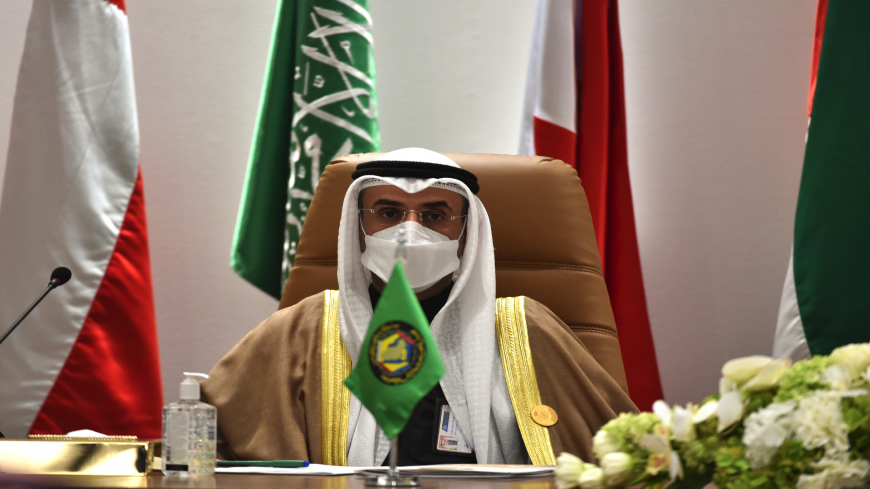 Secretray General of the Gulf Cooperation Council Nayef bin Falah Al-Hajraf holds a press conference at the end of the GCC's 41st summit, in the city of al-Ula in northwestern Saudi Arabia on Jan. 5, 2021. Gulf leaders signed a "solidarity and stability" deal after the leaders of Saudi Arabia and Qatar publicly embraced, bringing Doha back into the regional fold after a three-year rift. - FAYEZ NURELDINE/AFP via Getty Images

Jordan was quick to welcome the historic agreement between Qatari and other Gulf leaders signed Jan. 5, under which full diplomatic relations were restored while ending three and a half years of an economic blockade imposed jointly in June 2017 by Saudi Arabia, the United Arab Emirates, Bahrain and Egypt on Qatar.

The agreement was reached at a Gulf Cooperation Council (GCC) meeting in the Saudi city of Al-Ula, which was chaired by Saudi Crown Prince Mohammad bin Salman. Qatari Emir Sheikh Tamim bin Hamad Al Thani attended the reconciliation summit. Egypt, which is not part of the GCC, also signed the agreement.

In a statement issued on Jan. 5, Jordan’s Deputy Prime Minister and Foreign Minister Ayman Safadi was quoted as saying, “The ‘Al-Ula Statement’ is a considerable achievement to heal the rift, end the Gulf crisis and resume brotherly ties to normal, which enhances Gulf solidarity and stability.” He added that “the move also contributes to strengthening Arab solidarity and supporting efforts against common challenges.” He also lauded Kuwaiti and US efforts in ending the crisis.

Jordan feels particularly relieved since it had to embrace a cautious diplomatic line when the crisis first erupted in June 2017. The four countries had severed diplomatic ties with Qatar and enforced an economic blockade that included closing land borders and airspace before Qatari airlines. Qatar was accused of supporting terrorist groups and interfering in the internal affairs of neighboring countries.

In response, Jordan was forced to downgrade diplomatic ties with Doha, asking the Qatari ambassador to leave and revoke the license of Al Jazeera news network. It stopped short of taking further actions. The moves were meant to show a semblance of solidarity with Riyadh and Abu Dhabi, but without provoking Qatar, where an estimated 40,000 Jordanian expatriates are working.

King Abdullah II was the head of the Arab summit back then but chose not to mediate and left that task for Kuwait. Aside from the economic fallout — as Jordanian producers were unable to export their products to Qatar by land — Amman felt that the crisis would weaken its efforts to confront US President Donald Trump’s controversial moves with regard to the Israeli-Palestinian peace stalemate, including his decision to recognize Jerusalem as Israel’s capital in December 2017 and walk away from the two-state solution.

The Gulf crisis had strained relations between Amman and Riyadh, the latter wanting Amman to take sides. Jordan had pulled out of a Saudi-led military coalition against the Houthi rebellion in Yemen a few weeks after Riyadh launched its campaign there in March 2015.

But in King Abdullah’s view, avoiding further intra-Arab divisions and focusing on common enemies would serve Amman’s best interests. He had sought to improve ties with Doha, which had been strained under former Emir Hamad bin Khalifa Al Thani. The new emir had attended the March 2017 Arab summit held in Amman and was warmly received.

As the Gulf crisis lingered, King Abdullah took the bold move to restore full diplomatic ties and exchange ambassadors with Doha in July 2019. At that time, local analysts saw the move as underlying Jordan’s independent foreign policy course and desire to keep away from intra-Arab squabbles. It also marked divergence between Amman and Riyadh over approach regarding the US proposed regional peace plan. It also reflected Amman’s frustration that billions of dollars in Saudi investments have been delayed since a joint fund was enacted in 2017.

When Jordan called on the Gulf states to help support its ailing economy following mass protests that led to the sacking of the government in June 2018, Saudi Arabia hosted a four-nation meeting in Mecca the same month that was attended by Kuwait and the UAE, in addition to Jordan. The three Gulf states pledged an aid package worth $2.5 billion in the form of a cash deposit with the Central Bank of Jordan, World Bank loan guarantees for the kingdom, annual support for the state budget for five years and financing for development projects. Aside from a $1 billion deposit from the three Gulf states to support the Central Bank of Jordan, little else materialized from the Mecca meeting.

Meanwhile, Qatar, which was not invited to the 2018 meeting, stepped in two days later to offer a $500 million aid package to Jordan. The package included investments, project finance and job opportunities for Jordanians in the Gulf state. And in August 2018, the two countries launched a job website aimed at providing 10,000 job opportunities for Jordanians in Qatar.

The Qatari gesture was welcomed by Jordan and is believed to have paved the way for an even bolder move by King Abdullah when he invited the Qatari emir to visit Amman in February 2020, bringing relations to full normalization.

While relations with Riyadh are best described as “stable” for now, King Abdullah enjoys close personal ties with Abu Dhabi’s Crown Prince Sheikh Mohammad bin Zayed. Jordan had avoided criticizing the normalization agreements signed between Israel on one side and the UAE and Bahrain on the other last September. Jordan has maintained a good working relationship with Kuwait and Bahrain as well.

Analysts here believe that Amman will be in a stronger regional position when the Joe Biden administration takes over later this month. King Abdullah has worked with Biden for years, and the latter has committed to backing the two-state solution and supporting the kingdom. This will also help improve Amman’s ties with Riyadh and reflect positively on its economic relations with the GCC in general.