As Turkey's contentious elections near, the only opposition party with any chance of keeping full control out of the president's hands is being hit hard with raids and rampant detentions. 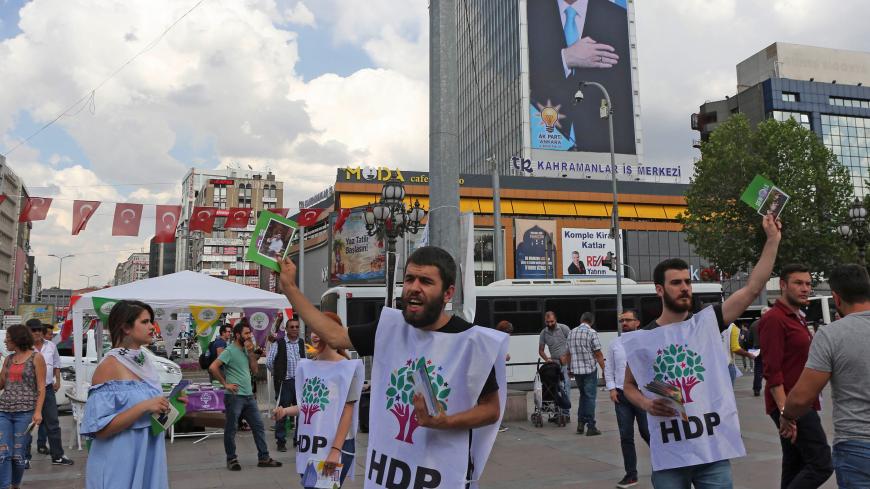 With only days left before landmark elections in Turkey, pressure is intensifying on the one party that could swing the outcome, the Peoples’ Democratic Party (HDP). More than 50 party members and canvassers were detained in separate early morning raids in the eastern province of Erzurum, the southeastern province of Sirnak and in the western provinces of Bursa and Izmir, the opposition daily Evrensel reported. Among those detained were senior figures from the Democratic Regions Party (DBP), the HDP’s sister organization in the mainly Kurdish southeastern region.

In Bursa, four of the HDP’s ballot box monitors were also detained. The legal grounds are unclear but the political motive is plain, HDP officials say: It's to torpedo the party’s efforts to campaign and secure the minimum 10% of the national vote required to win seats in the parliament. Should the pro-Kurdish bloc, which commands the affection of a swelling number of non-Kurds, breach the 10% barrier, President Recep Tayyip Erdogan’s ruling Justice and Development party would lose its parliamentary majority.

Although Erdogan’s long coveted executive presidency that will formalize his sweeping powers and scrap the premiership will come into effect after the June 24 polls, a parliament controlled by the opposition could make the strong man’s life harder. For instance, as veteran Turkey analyst Alan Makovsky observed in a policy brief for the Center for American Progress, “Parliament will still have the authority to overturn presidential decrees and the president is not allowed to overturn by decree legislation that was passed by Parliament.” Moreover, the president “is not allowed to issue decrees in areas that the constitution reserves for parliamentary legislation, for example declaration of war or permission for foreign troops to enter Turkish territory.” None of this matters so long as the AKP retains control of the legislature, so it will stop at nothing to ensure it does.

Today, the Supreme Election Council passed a new measure that counts as valid envelopes containing ballots without formal stamps from the election officials in charge of ballot boxes at polling stations. The move follows an earlier change in rules that counts unstamped ballots as valid as well. HDP officials charge that these changes combined with the presence of security forces at polling stations are calculated to skew the results in the government’s favor.

The playing field is already uneven: The HDP's presidential candidate Selahattin Demirtas is in prison facing a slew of flimsy terror charges and is having to conduct his campaign with the help of his wife and social media accounts run by his adviser. Although the former human rights lawyer has not been convicted, Erdogan continues to label him a terrorist at public rallies. Some 56 DBP mayors who would otherwise join in the electoral effort are also behind bars on similar charges, among them Gultan Kisanak, the intrepid co-mayor of the Kurds’ informal capital, Diyarbakir, and one of the Kurdish movement’s most powerful orators.

Meanwhile, hardly a day passes without an HDP office being vandalized or coming under armed attack. The assaults took a deadly turn when three HDP supporters from the Senyasar family were killed in a firefight in the southeastern town of Suruc on June 14. Eyewitnesses say the brawl erupted when AKP lawmaker Ibrahim Halil Yildiz and his armed men tried to force their way into a shop run by the men, demanding their votes. Halil’s brother was shot dead and the violence continued in the local hospital where the lawmaker’s supporters killed the injured Senyasar brothers and their father. The pro-Kurdish Mezopotamya news agency published what it said were the results of an autopsy today revealing that the brothers had been sprayed with a total of 23 bullets in the hospital. The father died as a result of injuries inflicted with sharp objects. Eyewitnesses told a team of HDP officials who conducted their own inquiry that Yildiz’ men had attacked him with shards of glass.

Ozturk Turkdogan, the president of Turkey’s Human Rights Association, which will release its findings on Suruc in the coming days, told Al-Monitor, “What is most shocking of all is that the violence unfolded in full view of the local governor, the Turkish minister of agriculture [Ahmet Esref Fakibaba] and dozens of policemen present in the hospital yard.” Turkdogan said, “I know Fakibaba tried to calm the situation and departed the scene when he saw he was powerless. But what of the police?” The HDP claims security cameras were ripped out of the hospitals walls before the killings. Turkdogan said his information corroborated its version of events.

The government has blamed the affair on the HDP and outlawed Kurdistan Workers Party militants. Presidential adviser Saadet Oruc — an ethnic Kurd — insisted in a column in the pro-government daily Sabah, “The HDP and its supporters play the role of victims only to attract international attention. And Kurds who do not support the HDP are considered traitors. … There are countless cases of assassinations of Kurdish politicians who do not support the HDP.”

But Erdogan appeared to change his tune today during a campaign rally in Suruc. He extended his condolences to all the victims of the bloodbath, saying: "The matter is being investigated by our security forces and prosecutors. The truth will be uncovered and those responsible held accountable before justice." 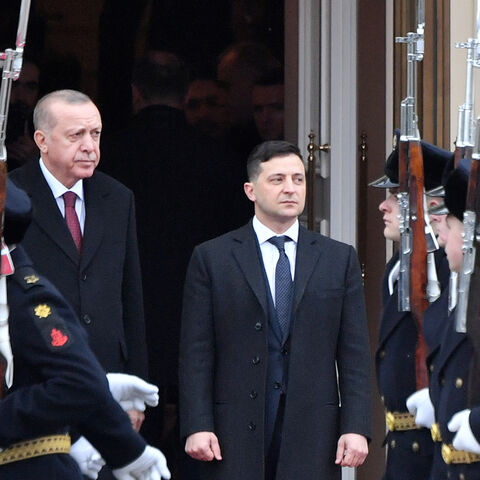 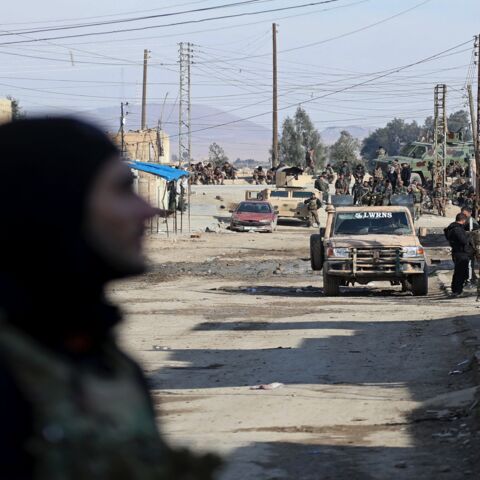