As the 3-year-old proxy war between Saudi Arabia and Iran continues to destabilize Yemen, Congress seeks to shore up security in neighboring Oman. 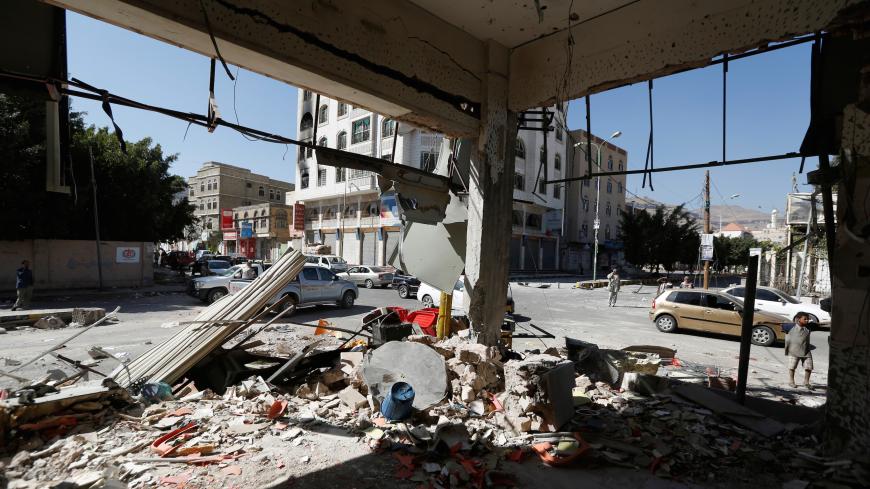 As a three-year civil war continues to plague Yemen and create a fertile breeding ground for terrorist groups, Congress is seeking to mitigate spillover into neighboring Oman by bolstering border security.

But the funding may be aimed at cracking down on alleged Iranian smuggling routes through Oman as much as protecting the neutral Gulf state.

The Senate’s annual defense authorization bill, released this week, would add Oman and Pakistan to a list of countries eligible for reimbursement for border security funding. The bill stipulates that the funding is “for purposes of supporting and enhancing efforts of the armed forces of Oman to increase security and sustain increased security along the border of Oman with Yemen.”

The Senate is likely to vote on the bill within the next few days. The House last month passed its own version of the bill, which does not contain the provision.

Jordan, Lebanon, Egypt and Tunisia already receive assistance for border security operations. The four countries border either Syria or Libya, both of which are in the midst of conflicts that have enabled the rise of extremist groups such as the Islamic State (IS). The inclusion of Oman on the list indicates growing congressional concern over Yemen’s instability and its impact on the 187-mile border with its neighbor.

In addition to IS, al-Qaeda in the Arabian Peninsula also maintains a robust presence in southern Yemen. And as the civil war pushes the world’s poorest country into an unprecedented famine while killing and wounding thousands of civilians, numerous displaced Yemenis have flocked to the border.

“Part of the problem is that you have an extremely difficult terrain there,” Anthony Cordesman, a Gulf analyst at the Center for Strategic and International Studies, told Al-Monitor. “There are all kinds of paths and small areas that people are trying to secure. … It’s fairly easy to cut across.”

“Both sides share a lot of tribal affinities and they don’t necessarily recognize the border from day to day,” added Cordesman.

That hasn’t stopped Muscat from trying to firm up the border as Yemen’s civil war continues to escalate. Oman closed much of the border in 2016 after the Saudi-led coalition intervened on behalf of the internationally recognized government to fight the Iran-backed Houthi rebels and has even begun to construct a border wall.

A joint US-Omani delegation met in Muscat last year to discuss border security and export control, according to a report in the Times of Oman. The Omani Embassy did not respond to Al-Monitor’s request for comment.

The United States plans to provide Oman with $3.5 million in security assistance this year, $1.5 million of which is already set aside for border security, export control and anti-terrorism assistance programs.

Despite Muscat’s best efforts, illicit smuggling rings — fueled largely by the narcotic qat — have long plagued the Omani-Yemeni border. Many analysts also fear that Iran is exploiting the porous border to smuggle arms to its Houthi allies.

“The routes that are good for smuggling things like drugs don’t necessarily lend themselves to large-scale missiles, but they’re coming from somewhere, and when it comes down to smaller weapons, almost anything is possible,” said Cordesman.

A Congressional Research Service report released earlier this year says, “Iran reportedly has taken advantage of its relationship with Oman to ship weapons across Oman’s borders.”

“In late 2016, US officials reportedly expressed concern to their Omani counterparts that Iran might be taking advantage of its relationship with Oman, and of Oman’s porous border with Yemen, to smuggle weapons to the Houthi rebels,” the report adds.

Because Oman maintains diplomatic ties with Iran, the United States often turns to Muscat to conduct back-channel negotiations with Tehran. However, the Saudis have frowned upon Oman’s relations with Iran, especially as Muscat seeks to remain neutral in the Saudi-Iranian proxy war playing out in Yemen.

Even as Muscat denies allegations that Iran has used it as a weapons-smuggling route for the Houthis, it remains skeptical of the Saudi and United Arab Emirates military buildup along the Yemeni side of the border.

“Oman has been wary of Saudi Arabia and the UAE for some time, particularly since they increased their military operations along its border with Yemen,” Jay Solomon, a fellow at the Washington Institute for Near East Policy, wrote earlier this year.