Saudi defense spending soars, but not to America's benefit

Saudi Arabia's military spending is not currently benefiting the United States, as no large arms deals are on the table. 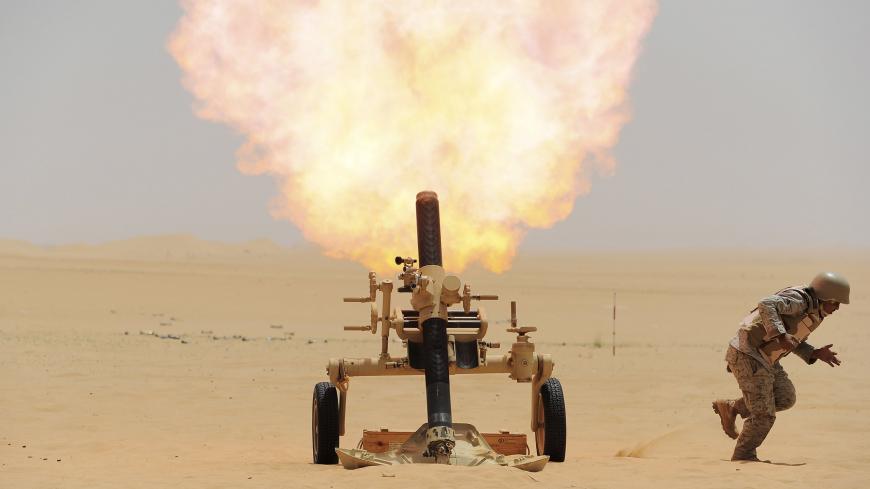 A Saudi soldier fires a mortar toward a Houthi position at the Saudi border with Yemen, April 21, 2015. - REUTERS/Stringer

Saudi Arabia has the third-largest defense budget in the world; Saudi military spending last year was almost $70 billion — only the United States and China spent more. However, the level of spending is unsustainable and inconsistent with the kingdom’s stated intent to retool the economy. And the Saudis are not buying what the White House is selling.

The Stockholm International Peace Research Institute (SIPRI), a credible authoritative source of information on global defense spending, reports that the Saudis spent $69.4 billion on military expenditures in 2017. This is a 9.2% increase from 2016 and accounts for 10% of gross domestic product. Saudi defense spending had been as high as $90 billion in 2015, but the drop in oil prices led to a 30% decline in military spending in 2016. The rise in oil prices this year will help the Saudi budget, but the rise in oil prices is still considerably short of what Riyadh needs to balance its budget and afford expensive weapons.

Saudi Arabia's rivals in the Middle East do not begin to approach Saudi defense spending. Iran spent $14.5 billion in 2017. Israel spent $16.5 billion, although it received an additional $3.1 billion in military aid from the American taxpayers. All three are engaged in expensive proxy wars, but the Saudi war in Yemen is undoubtedly the most expensive. Even though the kingdom does not provide any accounting for this war, it is probably around $3 billion to $5 billion a month.

Due to the chaos and lack of transparency in government spending, SIPRI provides no estimate of defense spending for some Arab states. The United Arab Emirates is a particularly dark hole. Algeria is the largest spender in Africa at around $10 billion.

Much to the annoyance of President Donald Trump, the Saudis have not been buying big new weapons from the United States. Trump visited Riyadh a year ago and said the Saudis had agreed to a $110 billion arms package. None of it was actually finalized. The president upbraided Saudi Crown Prince and Defense Minister Mohammed bin Salman on television this year when he was in the Oval Office for only spending “peanuts” on American weapons. A resupply of munitions and spare parts does continue due to the Yemeni war, but big new platform sales are on hold. They will be controversial on Capitol Hill.

The contrast to President Barack Obama’s record is staggering. He sold the Saudis over $112 billion in his eight years, including one deal for over $60 billion in 2009. Obama criticized the Saudis for not carrying their weight in regional politics, but he concluded much larger arms sales with the Saudis than his successor — at least to date.

The Saudis are said to be close to a $7 billion deal for 48 Eurofighter Typhoons. The British government promoted the deal when Prince Mohammed visited London before coming to Washington. The deal is very controversial in the United Kingdom, and the Labor Party is committed to halting arms sales to the Saudis unless the war in Yemen is ended. The deal has not been finalized. Mohammed also negotiated a deal with Spain for five warships for the Royal Saudi Navy in his visit this spring worth $1.8 billion, but it is also controversial and unfinished.

Now that the United States has withdrawn from the Joint Comprehensive Plan of Action with Iran, the Saudis have promised that if Iran pursues nuclear weapons, Riyadh will do the same. Of course this is in part posturing to gain leverage in Western capitals to get them to take action against Tehran.

But if the Saudis are serious, it will put the Pakistani nuclear arms arsenal back in the picture. For decades, the Saudis and Pakistanis have flirted with the hint that they have some kind of understanding that the Pakistanis will provide the kingdom with a bomb if it asks. The Saudis showed off their Chinese-made intermediate-range ballistic missiles to the public a few years ago with the Pakistani chief of army staff watching as the top guest in a parade to tantalize the speculation.

The sharp decline in Saudi relations with Islamabad over the Yemen war has made this rumor-mongering much less credible. Pakistan’s parliament voted unanimously three years ago against sending troops to fight with the Saudi coalition in Yemen. Some warming in ties has occurred recently as reported in Al-Monitor, but Saudi Arabia can not depend on Pakistani military aid for conventional needs — let alone nuclear weapons. The Saudi public promise to pursue a nuclear weapons program also undermines their efforts to acquire nuclear power reactors.

Saudi Vision 2030 calls for the kingdom to develop an indigenous arms industry to reduce dependence on foreign sources of weapons. Most observers believe that the Saudis will have considerable difficulty achieving their goals.

The bottom-line question is how much return on investment the Saudis are getting for their spending. The war in Yemen was sold as Operation Decisive Storm by Prince Mohammed more than three years ago; instead it is a quagmire and a humanitarian catastrophe. The Saudi naval blockade is starving Yemen, but the Houthis are defiant. The Saudi ground forces have been very unimpressive. The Royal Saudi Air Force has sustained a serious operational tempo, but has been implicated in numerous civilian atrocities. The air defense command has intercepted numerous Houthi ballistic missile attacks. But the pace and range of missile attacks is steadily increasing.

The crown prince fired his top generals earlier this year and replaced them with his own loyalists. It is not a performance that will inspire confidence that the Saudis are getting their money’s worth. For the US Congress, it is time to freeze all arms deals to the Saudis and the Emirates until they end the war in Yemen without conditions.