Why Saudi Arabia is focused on tensions with Iran

The Saudis have called an Arab summit for May 30 in Mecca to likely brand Iran as a terrorist state, with the apparent hope that the United States will strike Iran. 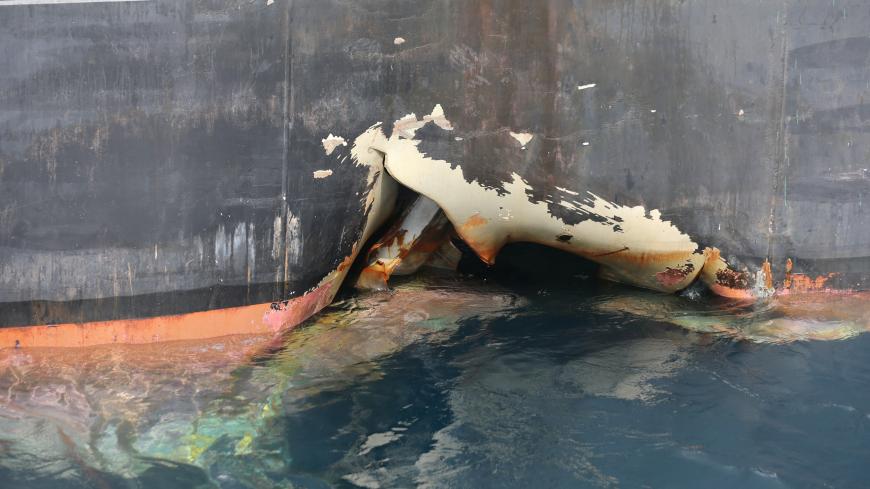 The damaged Norwegian-flagged oil tanker Andrea Victory is seen off the port of Fujairah, United Arab Emirates, May 13, 2019. - REUTERS/Satish Kumar

Saudi Arabia is eager for the United States to take military action against Iran in the expectation that it will lead to regime change in Tehran. Crown Prince Mohammed bin Salman, who is the leading hawk, has a disastrous track record in military affairs. The Saudis have called for an Arab summit in Mecca on May 30 to rally support against Iran.

The Saudi government-controlled and -directed press is openly pushing for “surgical strikes” by the United States against targets in Iran. One editorial said that such strikes are necessary because of the sabotage of Saudi oil tankers off Fujairah in the United Arab Emirates and the Houthis' drone attacks on the east-west oil pipeline in Saudi Arabia. Both attacks are blamed on Iran; the Saudi leadership has publicly blamed Iran for the drones' attack, saying the Houthis are Tehran's puppets.

Other opinion pieces argue that the Iranians have a weak military that would be easily defeated by America’s forces, and that a military humiliation would lead to popular demonstrations and the end of the clerical regime. Under this theory, the Iranians' allies, including Hezbollah, would also be destroyed in a war, although they would impose unprecedented damage on Israel in the process. The damage Iran and its allies would do to the Saudis and other gulf states is left unstated.

The crown prince was the driver behind the kingdom’s disastrous decision to go to war in Yemen over four years ago as defense minister. Then Saudi Foreign Minister Prince Saud al-Faisal was skeptical about the decision but he was in poor health and was ignored by the king, who backed his son. The head of the Saudi National Guard was not consulted.

The result is an expensive quagmire for the kingdom and a humanitarian catastrophe for Yemen. A recent study commissioned by the United Nations estimates a quarter million Yemenis have died due to the war. The Houthis have brought Saudi cities and oil installations under fire. The drones used last week demonstrated a significant improvement in Houthi capabilities. The Iranians and Hezbollah have provided expertise and equipment to help the Zaydi Shiite rebels. But the Houthis are not Iranian pawns and make their own strategic decisions. Support for the Houthis is cheap for Iran.

The crown prince is eager to draw attention away from the Yemen imbroglio and his reckless decisions there. The war has become a public relations disaster for the Saudi prince in Europe and the United States. The Democrats are using it as a campaign issue in the 2020 elections.

Mohammed also wants to distract attention away from the premeditated murder of Jamal Khashoggi. The prince's lame cover-up of his role in allegedly ordering the execution of the Washington Post columnist has collapsed. The US Congress is considering a bill to prevent those involved in the murder to be prohibited from getting a visa to come to the United States, an effective way to punish the mastermind.

The prince wants public and congressional attention to focus on Iran instead. But that seems unlikely. The press and the Hill are deeply skeptical about another war in the Middle East with a foe four times bigger than Iraq.

Traditionally Saudi Arabia has been risk averse and sought conflict avoidance. King Abdullah was very critical of Iran but was not supportive of military action. He deliberately obscured the Iranians' role in the Khobar Towers terrorist attack to avoid war. He was against the Bush administration war with Iraq.

The Saudis are making pro forma statements against a regional war but it appears the palace wants a limited US military operation. The Mecca summit is likely to brand Iran as a terrorist state. Washington should be cooling tensions and talking sense to Riyadh.

Instead, the president is threatening Iran with tweets which only encourage the Saudis' reckless behavior.