The loss of Aden is the latest in a long stream of strategic blunders in Yemen by the Saudi leadership. 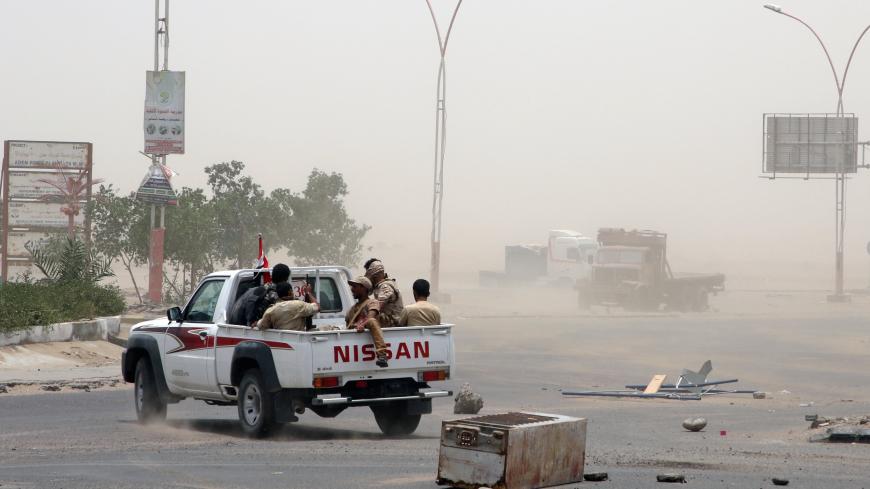 The victory of South Yemeni secessionists in Aden is another humiliating setback for the Saudi war effort and its commander Crown Prince Mohammed bin Salman. The Saudi-backed government of Abdu Rabbu Mansour Hadi has lost its capital, further undermining its shaky claims to legitimacy. The Saudis' closest ally, the United Arab Emirates, was partially responsible for the secessionists' gains. The Houthis and Iran are the strategic winners.

The Emiratis have built up the southerners for several years in Aden. When Abu Dhabi withdrew much of its own forces from the port city this summer, the secessionists were free to move against the Hadi government and rapidly prevailed. The Saudis will try to paper over the quarrel within the anti-Houthi coalition, but the damage is done to Hadi’s weak regime as well as to the Saudi-Emirati alliance.

The fiasco is the latest in a long stream of strategic blunders by the Saudi leadership. The initial response to the Houthi rebels' takeover of Sanaa five years ago was a botched effort to intimidate the Zaydi Shiite group with air power. Operation Decisive Storm was anything but decisive. The lack of a credible strategy and endgame was apparent to several key Saudi allies like Pakistan and Oman, who opted not to join the war. Coalition management was an early casualty of an inexperienced leader.

The war settled into a quagmire with horrific humanitarian consequences for the Yemeni people. Children have been especially hurt, with massive malnutrition and disease costing millions the chance to have a normal childhood. The long-term consequences for an entire generation has only just begun to take their toll. The Saudis bear the lion's share of responsibility for this catastrophe in the poorest Arab country.

The Saudi airstrikes were supposed to destroy the Houthis' missile capabilities in the opening round of the war. Instead, the Houthis' capabilities have steadily improved and they now regularly attack Saudi cities in the border region and sometimes further into the kingdom. The Iranians and Hezbollah provide expertise at a relatively tiny expense, and the Houthis have even done fundraising for Hezbollah to help it fund its operations in Syria.

The cost of the war to the kingdom is difficult to measure, given the closed nature of the Saudi system. But it is clear that the Saudis have sought to prevent any public criticism of the war and to buy the support of border towns, families of fallen soldiers and veterans. Some reports suggest that as many as 3,000 Saudi soldiers died in the first four years of the war and another 20,000 were wounded despite deliberate efforts to avoid ground conflict with the rebels. The Saudis have stressed the sectarian conflict of the war against a Shiite enemy to rally support in the Wahhabi establishment, but whipping up sectarian tensions has consequences at home and abroad.

The crown prince is the driver behind the Saudi war. He is rightly associated with the reckless decision to intervene, the failed planning process, mismanagement of the coalition and the starvation of millions of innocents. The crown prince still enjoys the support of his father King Salman so any discussion of the war is simply impossible in the kingdom, especially with foreigners. Journalist Jamal Khashoggi criticized the prince’s policies and paid with his life.

Two American presidents have backed the prince’s war, one perhaps reluctantly and the other enthusiastically. The net result is a strategic victory for Iran, which has its Arab rivals bogged down in a expensive quagmire in which Iran’s allies fire drones and missiles at Riyadh but Tehran is safe. Fortunately, Congress is trying to stop the lunacy. The current president has successfully vetoed the Hill’s efforts to date, but the game is far from over. The next step is to attach legislation cutting off arms supplies to the Saudis and Emiratis to the Defense Authorization Bill, which will be difficult for him to veto.

The American-Saudi partnership is 75 years old. It survived several near-death experiences in 1973, 1979 and 2001. It has always enjoyed bipartisan support, but that is no longer the case. With his war in Yemen, the crown prince is flirting with permanently damaging the relationship that has guaranteed the kingdom’s survival for decades. Americans and Saudis who value their partnership urgently need to end the war and save the children.