US troops are returning to Saudi Arabia for the first time in 16 years as tensions with Iran rise and the kingdom finds itself increasingly isolated in Yemen. 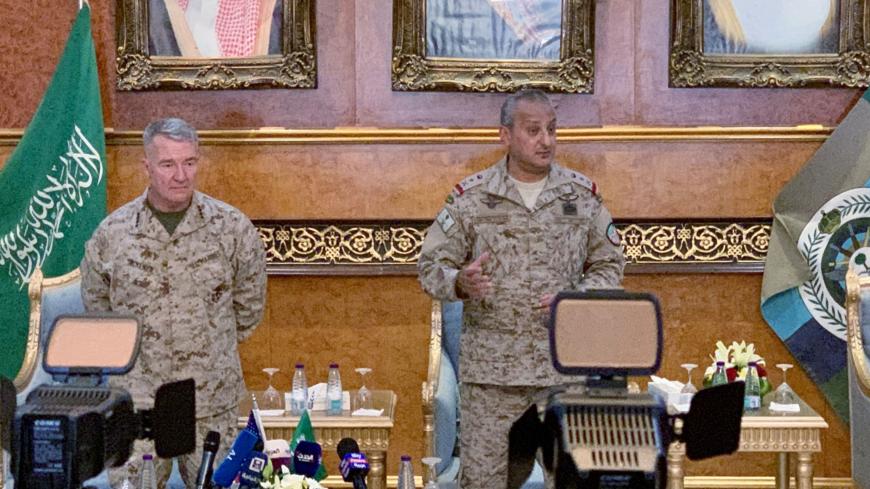 American troops are coming back 16 years after they left Saudi Arabia, King Salman bin Abdul-Aziz Al Saud announced on Saturday. According to press reports hundreds of American troops are deploying to Prince Sultan Air Base outside Riyadh as tensions spike in the region between Iran and its allies and the Donald Trump administration and Crown Prince Mohammad Bin Salman’s Saudi Arabia. The deployment of American troops in the kingdom has never been popular with Saudis. It was an early complaint of Osama bin Laden and comes as the Saudis' Arab allies are deserting the crown prince’s war in Yemen.

US President Franklin Delano Roosevelt arranged the construction of the first American air base in Saudi Arabia during World War II at Dhahran in the kingdom’s Eastern Province. John F. Kennedy ordered the first deployment of combat aircraft to Dhahran to deter Egyptian air attacks on Saudi Arabia during the civil war in Yemen in the early 1960s. George H. W. Bush sent a half million Americans to defend the kingdom in 1990 in Operation Desert Shield and then to liberate Kuwait in Desert Storm.

US, UK and French airmen stayed in Dhahran after the cease-fire in 1991 and later enforced the no-fly zone in southern Iraq. Iranian-supported Saudi Shiite terrorists attacked the base's Khobar Towers housing complex in 1996, killing 19 American soldiers. Secretary of Defense William Perry decided to relocate the Americans to Prince Sultan Air Base.

As deputy assistant secretary of defense for the near east, I negotiated the details of the new deployment and Saudi funding for it. For the Americans, the air base offered tight security. The Dhahran base was in the middle of an urban area, heavily Shiite; this one is in the desert with a buffer of dozens of miles in every direction. For the Saudis, it meant the Americans were all but invisible to the Saudi population, especially the Wahhabi clergy. The Saudis publicly pretended they were gone.

In 2003 the Americans left, to the great relief of King Abdullah bin Abdul-Aziz Al Saud. Operation Southern Watch was over and Saddam Hussein was gone. The sore point of foreign troops inside the conservative country was removed.

Bringing the Americans back now underscores how deeply concerned the king is about the regional situation. The American violation of the Joint Comprehensive Plan of Action last year, a move Riyadh encouraged, has set Washington and Tehran on a collision course. Iran cannot allow its oil exports to be curbed by sanctions. The government-controlled Saudi press has openly called for American military action in response to Iranian attacks on oil tankers.

Meanwhile the Saudi war in Yemen, the crown prince’s signature policy, is an ever more expensive quagmire. Hundreds of Houthi missiles and drones are hitting Saudi cities like Abha and even Riyadh with technical assistance from Iran and Hezbollah.

When Operation Decisive Storm began more than four years ago, many Saudi allies provided at least token support. That support has all but vanished. The last important partner, the United Arab Emirates, is now significantly drawing down its forces, leaving the kingdom in the lurch. The fractious alliance of Yemenis opposed to the Houthis will become more difficult to manage.

By sending American troops back to the air base, the administration is acting in the opposite direction. The new deployment makes the United States a direct combatant in the Yemen war if Patriot missiles there are used to defend against Houthi attacks. The risk of miscalculation and escalating violence is growing. The crown prince may even believe that he can escape from the toxic consequences of his reckless behavior through a bigger crisis, even a regional conflict. We need cooler heads to prevail.