Saudi belligerence on Iran threatens US

Saudi Arabia’s anti-Iran and anti-Shiite policy is creating a toxic environment in which the US administration must exercise great care. 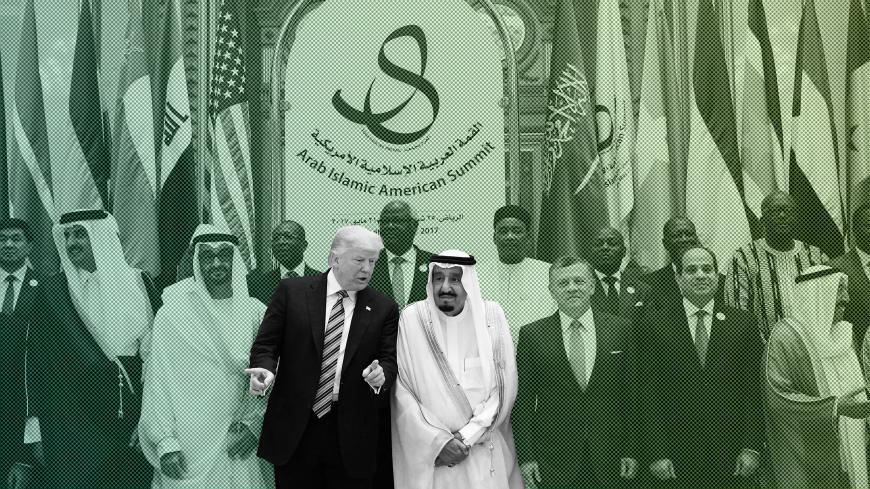 King Salman bin Abdul-Aziz Al Saud and his son are pursuing the most virulent anti-Iran and anti-Shiite policy in modern Saudi history. This approach has deep roots in Wahhabi history. Mixed with Iran’s expansive regional meddling, the combination is dangerous and explosive. Washington needs to exercise great care and not inflame the situation.

Muhammad ibn Abd al-Wahhab, the founder of the kingdom’s unique form of Islam, spent time in Basra in the middle of the 18th century. His exposure to Iraq’s most Shiite city was formative to his ideas, according to Michael Crawford, the premier Western biographer of Wahhab. He became an extreme critic of Shiism, branding them polytheists and infidels. Saudi armies sacked Shiite cities in Iraq, destroyed Shiite shrines in Mecca and invaded Yemen to try to defeat its Zaydi Shiite tribes.

Modern Saudi monarchs have had antagonistic relationships with Iran, both with the shah and the ayatollahs, but they have avoided direct confrontation and always kept communication channels open. King Faysal (who ruled from 1964-1975) detested the shah as an egomaniac, but worked with him to create the Organization of the Islamic Conference (now known as the Organization of Islamic Cooperation). King Fahd (who ruled from 1982-2005) backed Saddam Hussein in the Iran-Iraq War, but he used the Saudi power of the purse to force Saddam to accept a cease-fire to end the war. King Abdullah bin Abdul-Aziz Al Saud (who ruled from 2005-2015) appointed a Saudi Shiite as ambassador to Tehran and kept open dialogue even as he sent troops across the King Fahd causeway to smash Shiite majority dissent in Bahrain seven years ago. The troops are still there.

King Salman and Crown Prince Mohammed bin Salman have followed a much more confrontational approach. Their signature foreign policy initiative is the 3-year-old war in Yemen, which they portray as a necessary war to prevent the Iranians from taking over Yemen with the Zaydi Houthi rebels. The war has been marked by humanitarian disasters, like the bombing of a wedding party by the Saudi coalition April 22 and the mass starvation of the Yemeni people by the Saudi blockade. It is a sectarian conflict overplayed by a regional struggle for power by the Saudis and Iranians. The war costs the kingdom a fortune and the ayatollahs a pittance, but it’s very popular with the Wahhabi establishment.

At home, King Salman and Prince Mohammed have led a ruthless crackdown on Saudi Shiite dissidents in the Eastern Province of the kingdom. The city of Awamiyah has been pounded into rubble by the Saudi authorities. Satellite imagery shows whole neighborhoods destroyed. The execution of prominent Shiite cleric Sheikh Nimr al-Nimr led to the Saudis breaking of diplomatic relations with Iran. This, too, is popular with the Wahhabi clerical establishment.

In Syria and Lebanon, the Saudis have sought to weaken the Bashar al-Assad regime and Hezbollah, but neither effort has worked. Iran is more firmly embedded in both states than ever before. The determination of the Donald Trump administration to pull America out of Syria has alarmed Riyadh. Its offer to send Saudi and other Arab troops, an old proposal repackaged, is hollow given the performance of Saudi ground forces in Yemen.

Iraq is the exception that proves the rule. For a decade after the Anglo-American invasion of Iraq in 2003, Saudi Arabia backed Sunni Arab resistance to the elected Shiite majority governments. The Wahhabi clerical establishment enthusiastically backed this approach, even as it benefited al-Qaeda in Iraq and ultimately the Islamic State. It was a bankrupt and counterproductive policy. It also became increasingly irrelevant, as the Sunni Arab community in Iraq lost its power and influence.

So now the Saudis are trying to develop a positive relationship with Iraq’s Shiites. The Saudis have belatedly opened an embassy in Baghdad, and they seek to open consulates in Basra and Najaf to add to one in Erbil. There is talk of the crown prince visiting Iraq. The border is opening up for trade; sporting events are underway. The Saudi policy initiative is a bright spot for Iraq and the kingdom.

But there are still limits. Iraq is not a member of the Saudi-led Islamic Military Alliance, which is intended to confront Iran by the Saudis. The Iranians have many more assets in Iraq than the Saudis, and they are determined to maintain their hegemony. The Saudis have no counter to the Iran’s Islamic Revolutionary Guard Corps.

The optimal solution to de-escalate the sectarian conflict in the region is to start in Yemen. The existing United Nations process is a nonstarter because it is based on a UN Security Council resolution that is tilted deliberately toward Riyadh. Washington, London and Paris have tremendous influence as the suppliers of arms to Saudi Arabia. They should work together to help find a face-saving way for the king and crown prince to end the war. It will take tough love.

Iran is unlikely to help. The war in Yemen is a major strategic advantage for Tehran. It bogs the Saudis down at little cost to Iran. But it is also dangerous, especially now that the Iranians have helped the Houthis’ missile capabilities. Riyadh is literally under fire. This is playing arsonist during a wildfire.

In this toxic environment, it makes no sense for the Trump administration to jettison the multinational nuclear agreement with Iran. The Joint Comprehensive Plan of Action can be criticized for its shortcomings, but it is keeping Iran from becoming a nuclear weapons state. Prince Mohammed has made it publicly clear that if Iran returns to active development of a nuclear arsenal, Saudi Arabia will do the same. The United States should not add gasoline to the fire in Saudi Arabia.