A resurgence of Saudi diplomacy with Iraq is aimed at keeping Iranian regional power in check. 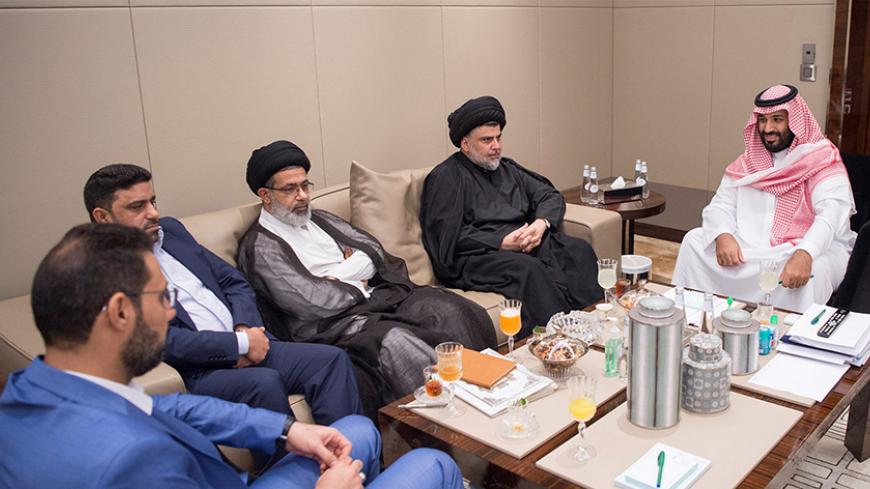 After decades of estrangement, Saudi Arabia is trying to become an influential player in Iraq to provide an alternative to Iran. Its ambitions should be kept in check, as its Persian rival has considerable experience and advantages, but a resurgence of Saudi diplomacy is a positive step.

Twenty-seven years ago this week, the kingdom broke ties with Saddam Hussein's Iraq after his invasion of Kuwait and the threatened invasion of Saudi Arabia. After badly underestimating Saddam's ambitions, King Fahd bin Abdul Aziz decided that the Saudis would not be Saddam's next conquest and invited US President George H. W. Bush to save his throne. When Kuwait was liberated, Fahd hoped a Sunni general would remove Saddam and restore Iraq as the eastern shield of the Arab Sunni world against Shiite Iran. The Saudis despised Saddam's Shiite opponents, like Ahmed Chalabi, who they saw to be Iranian agents, but they welcomed Sunni ex-generals.

When President George W. Bush toppled Saddam, Fahd's successor, King Abdullah bin Abdulaziz, said America was handing Iraq to Iran on a golden tray. Saudi princes scoffed at American naivete in letting free elections empower the Shiite majority. Saudi jihadis flocked by the thousands to join the insurgency against the Americans and the Shiite governments in Baghdad. The Saudi Wahhabi clerical establishment at first cheered them on until al-Qaeda came home to attack the royals.

In 2015, the kingdom finally opened an embassy in Baghdad, but little followed. The first Saudi ambassador in decades left after his tour was cut short due to assassination threats. The Iraqi government asked him to leave.

In February, Saudi Foreign Minister Adel al-Jubeir became the first senior Saudi official to visit Baghdad since then-Saudi ambassador to the United States Prince Bandar bin Sultan visited in May 1990. The Iraqi president attended the May summit in Riyadh with President Donald Trump and 40 Muslim leaders, even though it was dominated by Iran bashing. Iraqi Prime Minister Haider al-Abadi followed up with a visit to Riyadh in June, and Saudi Chief of General Staff Abdulrahman al-Bunyan reciprocated in July, leading to a partial border opening at Arar, the first since August 1990 on the 800-kilometer (497-mile) frontier.

In late July, the Saudis hosted Muqtada al-Sadr, the notorious and mercurial Shiite politician who has a long history of self-promotion in Iraq but also has a strong and loyal base. Before traveling to the kingdom, Sadr said he wants to defuse tensions between Saudi Arabia and Iran to help stabilize the region. Saudi Crown Prince Mohammed bin Salman met with Sadr, and the Saudi press hailed the meeting as a step toward reducing Iranian influence in Baghdad. Iranian hard-line media expressed concern about the meeting.

The crown prince raised the question of opening a Saudi consulate in Najaf, Iraq's premier Shiite holy city. It's deeply ironic for the Saudis to seek a diplomatic presence in the city where Imam Ali is buried, where Ayatollah Ruhollah Khomeini plotted the Iranian Revolution and where Wahhabi armies tried to sack repeatedly in the early 1800s during the first Saudi state. But it is also an effort to boost Najaf as a rival to Qom, Iran's second holiest city.

The Saudi efforts to promote Arab unity between Iraq and Saudi Arabia are long overdue. The crown prince is the architect of the rapprochement approach. It will require a sustained engagement to achieve even modest expectations.

Iran simply is better placed to engage with the Shiite majority and also the Kurdish minority in Iraq. It has been devoting resources to both for decades, and it has built extensive economic, cultural and political ties. The Iran-Iraq border is open, Iranian pilgrims flock to Najaf, and trade is extensive. Iran routinely accuses the Saudis of helping to create the Islamic State and of encouraging Sunni extremism. History, demography and geography benefit Iran. But Iran can also overplay its hand and be too domineering. Iranian officials are not always careful to play their role with subtle nuance.

Of course the Saudis can overplay their hands as well. Their war in Yemen and their siege of Qatar underscores Riyadh's propensity to act aggressively without a thoughtful plan under King Salman bin Abdul-Aziz Al Saud and his favorite son. Iraqi sympathies are with the Zaydi Houthis in Yemen, and Baghdad has remained neutral in the dispute over Qatar.