United Arab Emirates officials see a shift at the US State Department in their favor, but are unlikely to see all their hopes realized under Mike Pompeo. 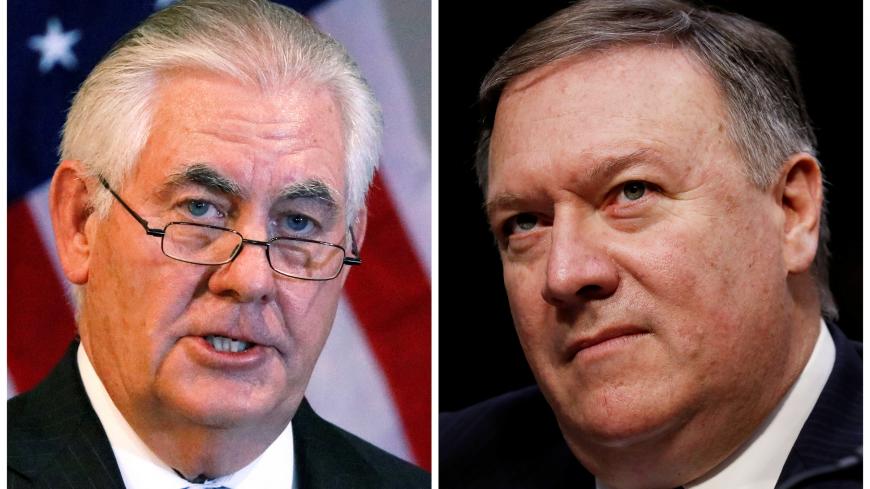 US President Donald Trump’s decision to replace Secretary of State Rex Tillerson with CIA Director Mike Pompeo came at a time of major foreign policy challenges for Washington. As America’s chief diplomat, Pompeo will have to address several sensitive dilemmas in the Middle East, including the Qatar crisis and Washington’s difficult relations with Turkey and Iran. His nomination is producing optimism in the United Arab Emirates (UAE) that America’s positions regarding Doha, Ankara and Tehran will shift in a direction that is more favorable to Abu Dhabi.

Pompeo’s record is staunchly anti-Islamist, which appeals to the UAE. As a US lawmaker, Pompeo co-sponsored the Muslim Brotherhood Terrorist Designation Act of 2015, which identified the movement as a terrorist organization and linked three US-based Islamic groups — the Council on American-Islamic Relations (CAIR), the Islamic Society of North America and the North American Islamic Trust — to the Muslim Brotherhood and Hamas. (The bill did not make it out of committee.) In 2014, the UAE designated CAIR and the Muslim American Society as terrorist organizations, underscoring a narrative that certain Islamic organizations in America have terrorist connections. Ultimately, given Pompeo’s strong opposition to such US-based groups, the Muslim Brotherhood and Hamas, it is possible that Pompeo will be far less keen than Tillerson to pressure the Saudi/UAE-led bloc to tone down its rhetoric about Qatar’s alleged sponsorship of terrorism and to ease or lift the blockade.

The UAE drives anti-Turkey discourse in Washington. Abu Dhabi’s ambassador to Washington has harshly condemned Ankara’s role in the Middle East, maintaining that most Americans fail to grasp the extent to which Turkey has changed in recent years as well as the “long-term threat it poses to most of us.” Indeed, tensions between Turkey and the UAE have heated up, especially due to Egypt’s internal political developments since 2013, the failed Turkish coup plot of July 15, 2016, (which Turkish officials and various pundits openly accuse the Emiratis of playing a hand in orchestrating and bankrolling with $3 billion) and the multisided Syrian civil war. In Turkey there is a perception that Abu Dhabi is supporting the Kurdistan Workers Party. The UAE opposes Turkey's Operation Olive Branch and Abu Dhabi condemned Turkey’s shooting down of a Russian fighter jet that was flying over northern Syria (and briefly over southern Turkey) in November 2015.

That Pompeo called Turkey and Iran “totalitarian Islamist dictatorships” one day after the failed coup attempt of 2016 in response to the Iranian foreign minister’s tweet expressing solidarity with Turkey’s elected government is not forgotten in Ankara, where Turkish officials view the State Department shake-up with unease. Unquestionably, Tillerson’s recent visit to Ankara was understood as a success in terms of easing tension in the shaky alliance between America and its fellow NATO member. The UAE would most welcome a new secretary of state who is less vested in improving understanding between Washington and Ankara over Turkey’s actions in northern Syria, where the UAE alleges that Ankara’s “neo-Ottoman” foreign policy is a threat to Arab interests.

Pompeo, known as a "hawk’s hawk," has a reputation for hard-line anti-Iran positions. According to Trump’s explanation of his decision to replace Tillerson with Pompeo, differences of opinion on the Joint Comprehensive Plan of Action (JCPOA) between the US president and the 69th secretary of state were an important factor. Although it is unclear how Trump and Pompeo will approach questions regarding the JCPOA’s future, and how the two would deal with the question of Iran’s foreign policy in the Arab world if the JCPOA unravels, it is undoubtedly clear that Pompeo’s outlook toward the Islamic Republic will provide more assurance to the Emirati leadership about Washington’s commitment to pushing back against the expansion and consolidation of Iranian influence in the region.

Pompeo, who has called for regime change in Iran, appeals to the leadership in Abu Dhabi, which has previously urged Washington to consider direct military action against Iran’s nuclear facilities and resented the Barack Obama administration’s diplomatic overtures to Tehran. The conclusion reached in the Islamic Revolutionary Guard Corps-linked Iranian media outlet Javan Daily is that Pompeo's becoming America’s chief diplomat will spell the end of the JCPOA.

Nonetheless, despite the optimism in the UAE about Tillerson’s firing, it is not entirely clear how much of an impact Pompeo will actually have on US foreign policy in the Middle East. It is premature to conclude that having Pompeo head the diplomatic arm of the US government will lead to Washington's embrace of an anti-Qatar agenda. Secretary of Defense James Mattis, who joined Tillerson in efforts to strengthen Washington-Doha relations over the past nine months, will likely continue to advocate for Qatar. At the same time, as the past nine months have demonstrated, the US-Qatar alliance is about institutions, not individuals. Qatar’s sovereign wealth fund — the Qatar Investment Authority — has made large investments in America’s economy, major American academic institutions have branches in Qatar, the emirate is important to the US defense industry and America’s largest military installation in the Middle East has been based at Qatar's al-Udeid air base since 2003.

However, when it comes to Turkey and Iran — where Washington’s relations with both countries have been increasingly tense throughout the 14-month Trump presidency — there is little reason to expect Pompeo to ease such friction. The UAE, determined to see the United States become more sympathetic to the Saudi/UAE-led bloc’s outlook on the region, will welcome a new tone set by Pompeo. Yet it is highly possibly the Emiratis will be disappointed if they place too much confidence in the ability of Pompeo to fundamentally transform Washington’s confusing foreign policy in the Middle East in Abu Dhabi’s favor.