President Trump’s ouster of Secretary of State Rex Tillerson knocks out a leading champion for resolving the monthslong Qatar crisis in the Persian Gulf. 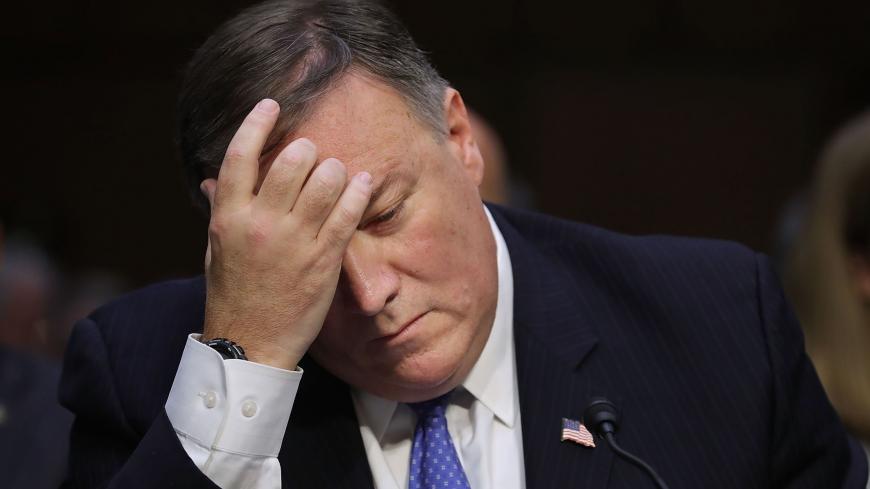 In ousting his chief diplomat on Tuesday, US President Donald Trump has eliminated a key champion for ending the monthslong Gulf crisis over Qatar and left US plans to resolve the dispute in flux.

Trump’s surprise decision to replace Secretary of State Rex Tillerson with CIA Director Mike Pompeo sent shock waves through Washington, just a week before Saudi Crown Prince Mohammed bin Salman is set to visit. Tillerson had close ties with all the Gulf leaders from his four decades with Exxon Mobil, while Pompeo is largely seen as more sympathetic to Saudi criticism of Qatari ties to Islamists and Iran.

“Qatar is in trouble now, they’re going to have to give up something,” said Theodore Karasik, an analyst with Washington-based consulting firm Gulf State Analytics. “Doha may have overplayed its hand by relying too much on Tillerson. I don’t think the US can do much to settle the conflict.”

A Qatari official who spoke to Al-Monitor said the emirate, which has faced a Saudi-led embargo over alleged terror ties for the past nine months, is still figuring out how they’ll handle Pompeo, a former three-term Republican congressman from Kansas who took the helm of the spy agency in January 2017.

"Qatar looks forward to working closely with Mr. Pompeo, to build on the numerous strategic partnerships between our two countries," the official told Al-Monitor. "We also look forward to the upcoming visit of His Highness the Amir to the White House in April, expanding our bilateral relations, improving regional stability and resolving the GCC [Gulf Cooperation Council] crisis."

A key element in the relationship is the US air base at al-Udeid, which serves as the forward headquarters of US Central Command and houses 11,000 American troops. Amid the crisis, Qatar’s detractors have doubled down on their efforts to get the United States to pull out, so far to no effect.

Hacked emails last summer showed that leaders of the neoconservative Foundation for Defense of Democracies and the United Arab Emirates’ ambassador to Washington, Yousef al-Otaiba, held discussions about Qatar last summer. After an email from John Hannah — who was a national security adviser to Vice President Dick Cheney — complained about Hamas holding an event at an Emirati-owned hotel in Qatar, Otaiba responded: “How’s this, you move the base then we’ll move the hotel :-)”

Pompeo spoke at a Foundation for Defense of Democracies conference in October, but did not mention Qatar. He last visited Saudi Arabia in December and met with Qatari officials during their visits to Washington.

One of Pompeo’s first acts at the CIA was to travel to Saudi Arabia and to recognize Prince Mohammed bin Nayef for his anti-terrorism record. The prince was next in line to the throne until his cousin Mohammed bin Salman deposed him in a palace coup. Months later, Tillerson signed an agreement in July with Doha on combating terrorism in a failed attempt to quickly resolve the Gulf crisis.

Still, the White House has continued to denounce Qatar’s alleged failure to sufficiently crack down on terrorism. In December, national security adviser H.R. McMaster said funding of extremism through Islamic charities and social organizations is “done more by Qatar, and by Turkey."

The first test of the post-Tillerson era will come in April, when Qatari Emir Tamim bin Hamad Al Thani makes his first White House visit under Trump. The visit may be followed by a Gulf Cooperation Council summit on US soil, which the Qatari official said is still “most probably” going to happen despite Tillerson’s exit.

“The UAE and Saudi Arabia will see Tillerson’s ousting as an opportunity to draw out the clock,” said Andrew Bowen, a visiting fellow at the conservative American Enterprise Institute. “They can potentially push the administration to turn closer to their position.”

But despite Tillerson’s departure, it’s not clear that the White House is ready to give up al-Udeid, the US base of operations for B-52 bomber flights into Afghanistan, Iraq and Syria. Defense Secretary James Mattis has visited the base twice since the Gulf spat broke out in June.

“Al-Udeid as an option is not on the table, that was never a realistic option,” said Sigurd Neubauer, a Washington-based Middle East analyst. “None of the other countries have the ability to build a base from scratch with $80 billion.”

Pompeo’s ascent, however, may move the needle on the terror-financing issue, with legislation moving through Congress designed to cut off funding to Hamas.

“I think [Pompeo's] going to be very clear with states such as Qatar — knock it off with funding Islamic extremists,” Norman Roule, a former senior US intelligence official, said at the Saudi-funded Arabia Foundation event today that spotlighted Crown Prince Mohammed bin Salman’s upcoming visit. “The rhetoric will be more unified, but at the end of the day there are some hard physics about what you can do in the region.”

Update: March 15, 2018. This story was updated with comment from a Qatari official.