While Qatar’s support for groups such as Hamas has caused tense ties with the United States in the past, Donald Trump’s presidency could create even more challenges for Qatar. 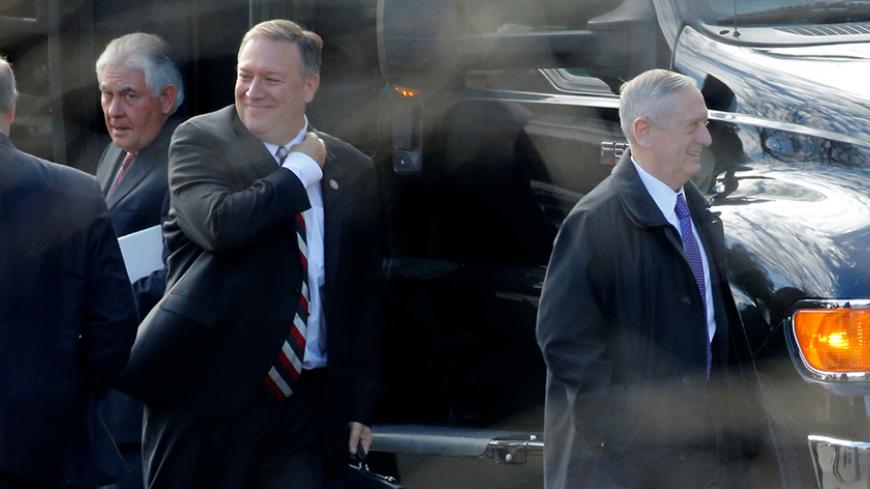 For years, scores of Islamists who are dissidents, militants and influential clerics from across the Arab world have been living in Qatar. On many occasions, other Gulf Cooperation Council (GCC) states, which would never permit such figures to freely reside on their soil, have expressed frustration with Doha for giving Muslim Brotherhood members and other Islamists a base for their activism within the Gulf. GCC pressure on Qatar to abandon its support for the Muslim Brotherhood came to a climax in March 2014 when Bahrain, Saudi Arabia and the United Arab Emirates (UAE) withdrew their ambassadors to Doha for eight months. Qatar still maintains its ties with Islamist actors throughout the region and still permits Muslim Brotherhood-affiliated clerics such as Yusuf al-Qaradawi to reside in Doha, yet since that diplomatic spat erupted nearly three years ago the Arab Gulf emirate has toned down its support for the Muslim Brotherhood to assuage other GCC states’ security concerns.

Qatar’s support for groups such as Hamas has created friction in Washington-Doha relations. In 2009, then-Senator John Kerry said, “Qatar can’t continue to be an American ally on Monday that sends money to Hamas on Tuesday.” Yet the emirate’s links to such nonstate actors have, thus far, never caused the United States to punish Qatar in any serious way beyond rhetorical condemnations, criticisms and calls on Doha to clamp down on its citizens who finance terrorism.

Since the United States and Qatar became key military allies in the early 1990s, all US administrations have valued Washington’s close relationship with Qatar, which hosts the forward headquarters of US Central Command at Al Udeid Air Base and is a major trade and investment partner of America. Both in Afghanistan and Iraq, the United States relied on the emirate as a hub for military operations. The United States has accommodated Qatar as a vital Middle Eastern ally even when officials in Washington have been on the opposite side of regional issues from their counterparts in Doha.

Additionally, the United States and other Western states have turned to Qatar as an intermediary and/or “neutral” platform for talks and negotiations with groups such as the Afghan Taliban, underscoring how the United States has seen Doha’s links with certain Sunni fundamentalist factions as both troubling and useful. In the words of former US Ambassador to Qatar Joseph LeBaron: “I think of it as Qatar occupying a space in the middle of the ideological spectrum in the Islamic world, with the goal of having doors open to it across that ideological spectrum. They have the resources to accomplish that vision, and that’s rare.”

If Washington changes its tone toward Qatar, however, Doha could come under pressure from the Trump administration to expel some of the controversial Islamists residing in Doha. Given that Qatar has made its relationship with such figures a pillar of its foreign policy, if the United States and other Western governments begin addressing the Muslim Brotherhood as a terror threat, officials in Doha will have no choice but to assess the costs and benefits of hosting Qaradawi and others. Depending on how the White House addresses the Muslim Brotherhood issue, Qatar may choose to transfer some of these high-profile Islamists to Turkey. Such a move would be mainly tactical, aimed at giving Doha the ability to comply with Washington’s requests while continuing to deepen Qatar’s flourishing relationship with Ankara, thus still supporting the Muslim Brotherhood — albeit less directly — as long as Turkey remains in the pro-Brotherhood camp.

Qatar’s sponsorship of the Muslim Brotherhood and other Islamist groups dates back to Emir Hamad bin Khalifa Al Thani’s rule (1995-2013), when Doha began asserting its influence across the greater Middle East, relying on its web of media outlets, vast financial resources and a relatively independent foreign policy. Yet as demonstrated by the GCC’s inner diplomatic spat of 2014, Qatar has had to pay costs for its ties with the Muslim Brotherhood that have fueled anger in the council directly toward Doha. Additionally, the Brotherhood’s offshoots did not consolidate the political gains across the Middle East and North Africa region, which the emirate’s leadership envisioned the movement’s political wings securing after the Arab Spring revolts of 2011, calling into question the wisdom of Doha’s pro-Brotherhood foreign policy given the diminishing returns.

Despite Emir Tamim bin Hamad Al Thani’s efforts to improve Qatari-Saudi relations and bring Doha into the "GCC consensus," some states in the region continue to view Qatar as guilty of promoting violent extremism and instability. Last month, Egyptian officials pointed their fingers at the Muslim Brotherhood and Doha following the Dec. 11 attack on Cairo’s main Coptic Orthodox Christian Cathedral, which left 25 dead and 35 wounded. Authorities in the UAE have harshly condemned Qatar for permitting Qaradawi to bash Egypt’s and other GCC states’ leaders via Qatari media networks. Abu Dhabi still sees Qatar as a weak link in Arabian Peninsula security, which the UAE believes depends on establishing the GCC as a "Muslim Brotherhood-free" environment. Ultimately, even though Trump taking action against the Muslim Brotherhood could easily exacerbate problems in US-Turkey relations, doing so would gain the new administration more favor in Egypt and the UAE in the anti-Brotherhood camp.

Some American critics of Qatar have advocated moving US troops out of the emirate to punish Doha for supporting specific Islamist organizations. In recent years, American lawmakers have also called on the undersecretary for terrorism and financial intelligence to take action against Doha, utilizing “every tool available to designate all individuals, institutions, entities, charities, front companies, banks and government officials who clearly violate US laws by assisting Hamas.” Another idea for recasting US-Qatari relations is putting on hold weapons sales to Doha.

Currently, it is unclear how Trump will address Doha’s ties to the Muslim Brotherhood. For now, Qatar — being a pro-Brotherhood state — has had a relatively cautious response to Trump’s win last year. Unlike other Arab states in the anti-Brotherhood camp, which publicly hailed the property billionaire’s defeat of Hillary Clinton, officials in Doha have had a mainly wait-and-see response that will develop once the Qataris take stock of how the new US administration engages the Middle East. The Qataris must be ready to make adjustments if the White House takes aim at the Muslim Brotherhood and its state sponsors.