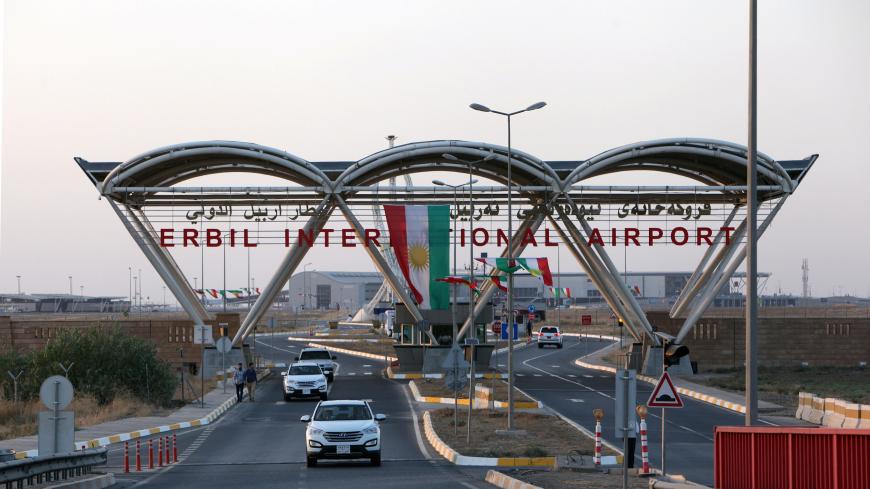 Baghdad and Erbil will soon announce final agreement over control of airports and borders, which, as expected, will revert to the central government.

On March 6, Iraqi Prime Minister Haider al-Abadi said, “Inshallah, we will pay the region’s salaries and reopen the airports before Nowruz [Persian New Year on March 21].”

The pending agreement will place security of the Erbil and Sulaimaniyah airports with Iraq’s Ministry of Interior and National Intelligence Services. The Iraqi Civil Aviation Authority would continue its management of the airport, probably with some engagement of Kurdistan Regional Government (KRG) officials.

The government of Iraq closed the Kurdistan Region’s airports on Sept. 29 in response to the Iraqi Kurdistan referendum. Last month, Baghdad extended the ban on the airports until May, although Abadi has since granted permission for flights to the umrah in Saudi Arabia, in addition to signaling that a final agreement on control of the airports and borders may be imminent.

Abadi added in remarks March 7 that Baghdad would only pay “a portion” of KRG salaries, because the Kurdistan Region exports approximately 300,000 barrels of oil per day, about 10% of all Iraqi exports. The government of Iraq will conclude an audit of KRG ministries prior to issuing payments.

The pending deal on the airports follows a March 4 vote by the Iraqi Council of Representatives (parliament) to reduce the Kurdistan Region’s percentage of the Iraqi federal budget from 17% to 12.5%. The country's total general budget of approximately $88 billion did not include funding for the Iraqi peshmerga, as Omar Sattar reports.

“To reduce or modify the budget, the government would have to propose another law to the parliament. Only then could Kurds negotiate again to amend the law or reach other solutions, such as the prime minister cutting expenditures to address the KRG budget deficit,” Sattar writes.

International Monetary Fund concerns about the Iraqi budget, both the revenues allotted to the Kurdistan Region and the cuts in taxes, may place $5 billion in loans on hold until after the Iraqi elections in May, according to Iraq Oil Report.

Maxim Suchkov explains how the crash of a Russian An-26 transport plane in Syria that killed six crew members and 33 passengers may lead Moscow to rethink its tactics after the Russian presidential election March 18.

Although the Saudi-backed Salafi group Jaish al-Islam claimed responsibility for the crash, the lines of responsibility are still blurred. Last month, we discussed in this column the role of Jaish al-Islam as a potential spoiler in the UN Security Council-mandated cease-fire in Eastern Ghouta. Some Russian sources also claim American complicity in a broader effort to complicate Russia’s military operations in support of the Syrian government.

“The plane crash is the latest development in the recent streak of bad luck Moscow has faced in Syria, coming on top of mounting pressure over the situation in Eastern Ghouta and US considerations of a possible new strike on positions of Syrian President Bashar al-Assad over renewed charges he has used chemical weapons,” Suchkov writes in his March 9 article. “With just nine days until the presidential election in Russia, such moves are largely perceived as a product of 'American efforts to poke Putin in the eye,' but a bigger worry in Moscow is how far it can all go before endangering Russia's efforts in Syria.”

He continues, “Russia once saw a return on its investments like the de-escalation zones, its use of private military companies (PMC) and engaging opposition groups. But these efforts are no longer producing the kind of results Moscow wants. Perhaps others have learned to adapt and deal with them. But Russia will not back down in the face of challenges, even if it means more political losses or physical expenditures. Instead, it will revise its course. Moscow already appears to be shifting its military and diplomatic strategies. Russia's Defense Ministry plans to make use of the 'gray zone,' that Cold War-like area between peace and conventional warfare.”

Suchkov adds, “With Tehran long staying its own course and wisely taking a low public profile on these matters, Ankara's position on these matters is critical. Erdogan has long been criticized for his failing strategy in Syria, but Turkey remains a key state to both Russia and the United States. … Turkey will understandably seek to play both Russia and the United States for its own interests, and Moscow and Washington will be working to persuade Ankara that each would make a better partner than the other. Therefore, the stakes are high and Erdogan's decisions in the next few weeks could define the major parameters of Turkey's position in Syria for the foreseeable future. In the Syrian conflict, the tables have been turning quickly. The sense that things aren’t working out properly is strong in Moscow, with even staunch advocates of Russia’s Syria policies now wary and calling for policy updates. Moscow has been cautious not to take any radical steps before the March 18 election day to dodge possible risks. But Russia's plans to amend its strategy are underway and will have been implemented once Putin receives his fourth-term mandate.”

Erdogan and King Abdullah get closer

“Jordan and Turkey are bolstering ties in a bid to unify positions toward regional challenges where the two countries share mutual interests, including the Israeli-Palestinian conflict and the Syrian crisis,” Osama Al Sharif reports.

Among all Arab leaders, King Abdullah II of Jordan has been most affected by the Trump administration’s decision to move the US Embassy to Jerusalem, as well as uncertainty over the US peace plan and the overall lack of progress toward a two-state solution. The Hashemite Kingdom of Jordan is custodian of the Muslim and Christian holy sites in East Jerusalem, which puts the king, whose population is at least half Palestinian, in a precarious position, given Amman’s close ties to Washington.

“Abdullah's pivot toward Turkey comes at a time when Jordan is worried that some key Arab states might be ready to embrace Trump’s plan even if it rejects the two-state option. There is a belief in Jordan, supported by anti-Iran statements from the Saudis, that Riyadh considers the issue of Iran as a regional threat to be more important and pressing than the Arab-Israeli conflict. Egypt’s position is unclear but will be crucial in determining the fate of the US peace plan,” Sharif reports.

He adds, “It is no secret that relations between Amman and Riyadh have further cooled since Trump’s decision on Jerusalem. According to local analysts, the Saudis resisted calls by Amman to hold an emergency Arab summit on Jerusalem after the US announcement. In addition, Saudi Arabia was not satisfied with Jordan’s reaction to its moves beginning last June to pressure and isolate Qatar. Amman did not cut ties with Doha, choosing instead to only downgrade diplomatic relations and close Al Jazeera offices. Other reasons for the cooling in bilateral relations concerns Amman’s position on the war in Yemen — Jordan’s participation in the Saudi-led coalition was symbolic and short-lived — and courting of the Muslim Brotherhood, which has representation in the Jordanian parliament."

The trend toward closer coordination between Jordan and Turkey, and the distance of both from the Gulf, might also reflect a shift toward regionalism by the countries of the Levant. In September 2017, we wrote in this column about Lebanese President Michel Aoun’s call for a Levantine common market.

In a sign of deteriorating relations between Turkey and the Gulf, Saudi Crown Prince Mohammed bin Salman lumped Turkey with Iran and the Muslim Brotherhood in a “triangle of evil,” accusing Turkish President Recep Tayyip Erdogan as seeking to re-establish the Ottoman Empire. The crown prince’s remarks were ridiculed as “childish” by an Iranian official, as reported by Al-Monitor staff.