Russia's historical links with the Middle East run deep, as even amidst challenges Moscow sees opportunities. 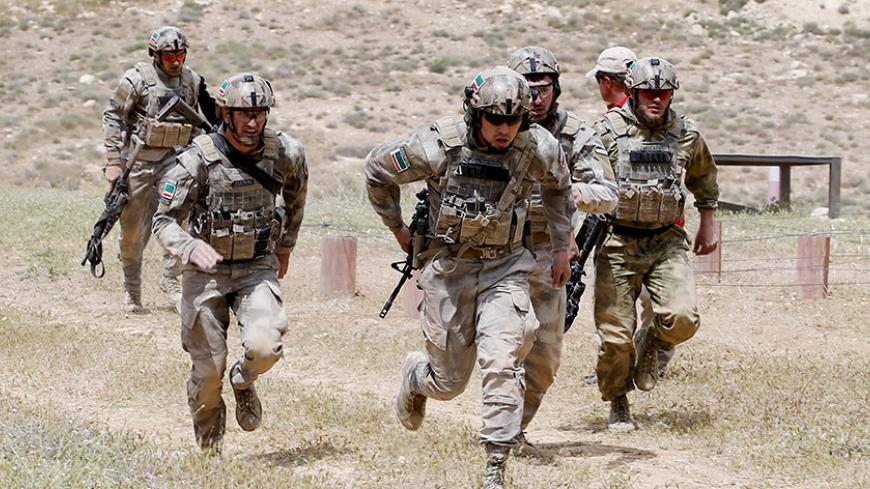 The dynamic changes in the Middle East have been a source of new challenges and threats to Russia, but they are also offering new opportunities. The challenges and threats include the ongoing buildup of jihadist groups; the greatly increased erosion of an established system of nation-states — especially, but not exclusively, in the Mashreq countries; and growing tensions between the Sunni and Shiite regimes and movements, as well as among various Sunni factions, against the backdrop of intensified competition for leadership among the key Sunni states.

The possibility that the traditional definition of statehood that emerged in the 20th century may collapse is a cause of particular concern for Russia, which values stability. But Russia's approach to any potential changes in the configuration of the region’s nations essentially assumes that it is up to the people living there to decide, on the basis of an inclusive dialogue and without any outside interference, in what countries, within what borders and under what government they want to live, and that such decisions are going to be implemented with due regard for the rules of international law. However, any potentially negative implications of the break-up of the existing system of nation-states for Russia likely will be mitigated by the fact that it has managed — largely through its effective and creative diplomatic efforts — to maintain good diversified relations (whether equally distant or equally close as the case may be) with the infighting regional players in an environment that has been anything but easy for Russia.

In this regard, of note are recent statements by certain leaders of the Kurdistan Regional Government (KRG) of Iraqi Kurdistan who have plainly said that Iraq’s statehood is unviable and an independent Kurdish state should be established in the north of Iraq. True, some analysts in Moscow argue that such bold pronouncements are to an extent the product of a desire to curry favor with the electorate in the run-up to the elections in Iraqi Kurdistan scheduled for Aug. 20.

Notably, Masrour Barzani, avoiding even the slightest hint at some kind of shared Kurdish prospects, refers to future independence only within the borders of Iraqi Kurdistan. Understandably, the Kurdish politician even hypothetically cannot see Syria’s northeast as part of the future state for the following three reasons:

Notably, the potential for redrawing the map of the Middle East is increasingly discussed even in those countries in the region whose leaders strongly support preserving the territorial integrity of such states as Iraq and Syria that have been challenged primarily by the transnational Islamic State (IS) led by self-proclaimed Caliph Ibrahim (Abu Bakr al-Baghdadi). According to Jordanian analyst Maher Abu Tair, “The Syrian regime is about to fall, and its fragments will reach us; the Iraqi state is on the verge of collapse; and what is left of the West Bank and Jerusalem is struggling to survive."

On the one hand, the need to counter the threat facing all the states in the region unites them; on the other, it prompts them to come up with unilateral initiatives. Some of those initiatives point to a growing rivalry among the region’s principal Sunni regimes — Saudi Arabia, Turkey, Egypt and Jordan. (There is no one in the Shiite world who could compete with Iran for leadership.) It is in this context that one should view, for instance, Amman’s recent attempts to substantiate its claims for the role of a regional power, simultaneously appealing to the legacy of Sunni caliphatism and Arab nationalism. On June 9, King Abdullah solemnly presented the dark red flag of the Hashemites to Jordan’s Arab Army.

In the king’s words, “The Hashemite flag’s colors and motifs combine elements of history, legitimacy, religion and Arabism found in the Hashemite family and the Great Arab Revolt." I believe that the intentionally demonstrative move by the Jordanian monarch that brings back to life the concept of the Great Arab State and the historical Arab Caliphate is meant to achieve several objectives, including delegitimatization of the transnational IS and its caliph, thereby reminding everyone that the Arabs and Muslims have a far more worthy and legitimate — ethnically and religiously — candidate who could play the role of a unifier of Arab Levant and the Muslims.

In addition, this is an implicit challenge to Saudi Arabia (the Hashemites have not forgotten the times when they ruled Hijaz) and Turkey (it was Turkey that was targeted by the Great Arab Revolt), which claim the role of the main advocate of the Sunni interests. Sharif Hussein bin Ali initiated that revolt against the Ottoman Empire on June 5, 1916, in the ill-advised belief that London would honor the promise given by Henry McMahon in his correspondence with Sharif Hussein and establish a pan-Arab state in Mashreq under his aegis. (Sharif Hussein proclaimed himself king of the Arab nation in Mecca on Nov. 2.) Incidentally, Russia believed at the time that the Arab forces were also fighting for its interests since it was waging a war on the Ottoman Empire in the Caucasus.

The developments in that part of the region pose a challenge to the Sykes-Picot system that was established at the time and whose crisis is frequently mentioned these days. However, the crisis of statehood has also engulfed countries that were outside the arrangement that defined the region’s territorial and state boundaries (Libya and Yemen). The Russian Empire, on the one hand, took part in the division of the Ottoman legacy as one of the conquerors of the Ottoman Empire, but, on the other hand, it was Russia, or rather its Soviet government, that published the secret pact in November 1917 making it known to the whole world, and then went on to offer a hand of friendship to the new Turkey, Ataturk's secular state.

The processes under discussion are in many respects closely intertwined with Russia's historical links with the region. Any Russian who cares to watch a video on YouTube of the ceremony of the Hashemite flag being presented to the Jordanian army command will see behind the monarch a person wearing a chokha with silver pectoral bandoliers, a distinct dress that is very well known to all residents of Russia. This is a commanding officer in the personal Circassian guard of King Abdullah. Since the 19th century, Jordan has been home to a large community of Circassians as well as their ethnic kin, Kabardinians and Adyghes (roughly 170,000 people), some of whom have served faithfully as royal guards for several generations. Members of a smaller Chechen community of about 20,000 people also have had distinguishing military careers, such as Gen. Ahmad Alauddin Arslan, the only person with the distinction of being twice named Hero of Jordan.

While there are individuals with roots in Russia’s Northern Caucasus among those fighting IS, there are also several thousand individuals with similar ethnic backgrounds fighting on the side of IS. Such polarization is not surprising; in fact, there are also many Jordanian nationals among IS militants who oppose their fellow countrymen (Jordanians and Palestinians) fighting against the jihadists, while all of them belong to the same Sunni branch of Islam.

This directly affects Russian interests as even those whose ancestors left the Caucasus many decades ago have maintained strong ties with their ancestral land.

Financial interests also tie Russia to the region, one example being the recent entry into force of an unprecedented partnership agreement between the Russian Direct Investment Fund (RDIF) and the Public Investment Fund of Saudi Arabia, a sovereign wealth fund the Saudis use to invest $10 billion in projects in Russia. The RDIF has also partnered with another of the kingdom’s sovereign funds, the Saudi Arabian General Investment Authority.

Against the backdrop of a worsening regional crisis, the leading regional players have been trying to diversify their system of international relations with global powers as best they can, presenting Russia with new opportunities.