Iran tries to broker deal between Ankara and Damascus to contain fighting over Syrian Kurds. 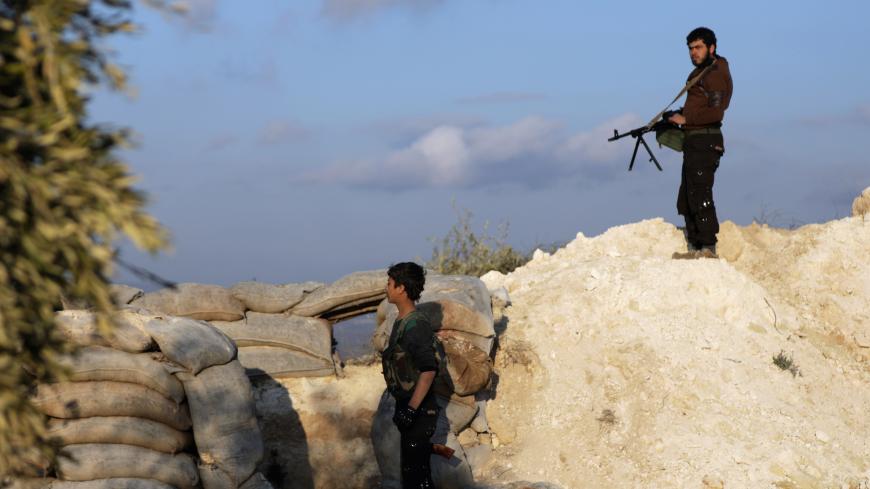 Turkey’s military assault on Afrin, dubbed Operation Olive Branch, has tested the abilities of Moscow, Tehran and Ankara to keep the Astana process on track, with an increasing risk of major power conflict, as we explained here last week.

An Al-Monitor correspondent writes, “To Iran, Turkey’s intervention will only complicate the already complicated situation in Syria and weaken the Sochi peace process that already witnessed a major setback in the Jan. 28 meeting in Russia, when the majority of the Syrian opposition boycotted the conference. As such, a meeting between the presidents of Turkey, Russia and Iran is expected to take place in Istanbul to discuss the latest development, but a clear time frame for this meeting has yet to be set. The trilateral meeting will follow a similar meeting that took place in Sochi on Nov. 22, 2017, and laid the framework for cooperation between the three states on the Syrian crisis. According to an Iranian official who spoke on condition of anonymity, Tehran has advised Ankara to be aware of being dragged into a war of attrition in Afrin.”

“The Iranians had been trying to broker a deal between the Kurds and the Syrian army to secure the latter’s deployment in the area alongside Kurdish fighters and some groups that are allied with Iran,” the correspondent continues. “The Iranian effort is aimed at exiting fighting with the best results possible; preserving its position as a friend to both the Syrian Kurds and Turkey; and, at the same time, barricading the path for other parties that might want to invest in the fighting in Afrin to enhance their position in the Syrian crisis — namely, the United States. The military source near Afrin told Al-Monitor that alongside the Kurdish fighters defending the city were some Arab Syrian fighters who are known to be affiliated with Iran. The source explained that those militants were responsible for making sure that the Turkish troops don’t cross toward other areas and therefore were armed with anti-tank projectiles to prevent any such incursions. There are serious concerns on both the Syrian and Iranian sides that Turkey might aim to mix the cards once again in northern Syria and take the whole situation back to square one.”

Whatever the tension between Russia, Turkey and Iran on Syria, what still holds, at least for now, is a shaky commitment of the three parties to the Astana process itself. UN Syria envoy Staffan de Mistura showed up in Sochi last month as a kind of bystander, because that is the only lifeline available for the Geneva process, and there is an urgency to a revived diplomatic track. De Mistura told the United Nations Security Council on Feb. 14 that the situation in the country is as “violent and worrying and dangerous a moment as any that I have seen in my time as special envoy," and “there has not been a single United Nations humanitarian convoy to reach any besieged area since the end of November 2017.”

The limits of US influence in Syria were on display last week during the visit of US Secretary of State Rex Tillerson to Turkey. Despite a marathon three-hour session with Turkish President Recep Tayyip Erdogan, the two sides seemed to only agree on "mechanisms” to talk more about long-standing, obvious and seemingly intractable differences over American support for the Syrian Democratic Forces that are made up primarily of the People’s Protection Units (YPG), which Turkey considers a terrorist organization and is the target of Operation Olive Branch; the YPG role in Manbij; the Turkish request for the US extradition of Fethullah Gulen, whom Ankara has charged with the coup attempt in July 2016; and Turkey’s plan to purchase the S-400 anti-missile system from Russia. Turkish Foreign Minister Mevlut Cavusoglu in a press conference with Tillerson on Feb. 16 referred three times to “promises that were not kept” by the United States in Syria.

Given the crisis in US-Turkey relations, the hostility between the United States and Iran, and frosty US-Russia ties, Washington’s diplomatic levers in Syria appear limited, at best.

On Feb. 17, two days after his meeting with Tillerson, Erdogan again linked Operation Olive Branch to the return of 3.5 million Syrian refugees living in Turkey, as we reported here in January, while adding, in a speech to a Justice and Development Party Provincial Congress, “We will pound the traps laid for us and our country one by one on the heads of those who laid them.”

Amberin Zaman reports, “Turkey, which controls the headwaters of the Euphrates River, on which Syrian agriculture heavily relies, has reportedly reduced the flow, increasing both Syrians' misery and the pressure on the YPG. Last year, Turkey shut down the operations of Mercy Corps and several other humanitarian outfits delivering aid to northern Syria because the areas they serviced included those run by the YPG.”

She adds, “Turkey’s offensive in Afrin has added to the climate of repression and economic decline. Turkey is in no hurry to leave and can absorb further casualties amid robust public support for Operation Olive Branch. Indeed, most Turks accept the government’s narrative that the YPG is no different from the Kurdistan Workers Party (PKK), which is fighting Turkish forces inside Turkey and therefore needs to be eliminated as well.”

Zaman writes, “Erdogan’s threats to move against the YPG in Manbij and expand the campaign all the way to the Iraqi border may well embolden some Arabs to switch sides. The shift, in turn, would disrupt the coalition’s ongoing efforts to flush out IS remnants in the Middle Euphrates Valley and stabilize the towns and cities liberated from the jihadis. … It may be true for Turkey as well: Faced with a choice between the YPG and the Syrian regime as its neighbors, Ankara would likely plump for the latter.”

by Murielle KASPRZAK and Joseph SCHMID | AFP | May 26, 2022
END_OF_DOCUMENT_TOKEN_TO_BE_REPLACED