Will Europe be there when Israel needs it? 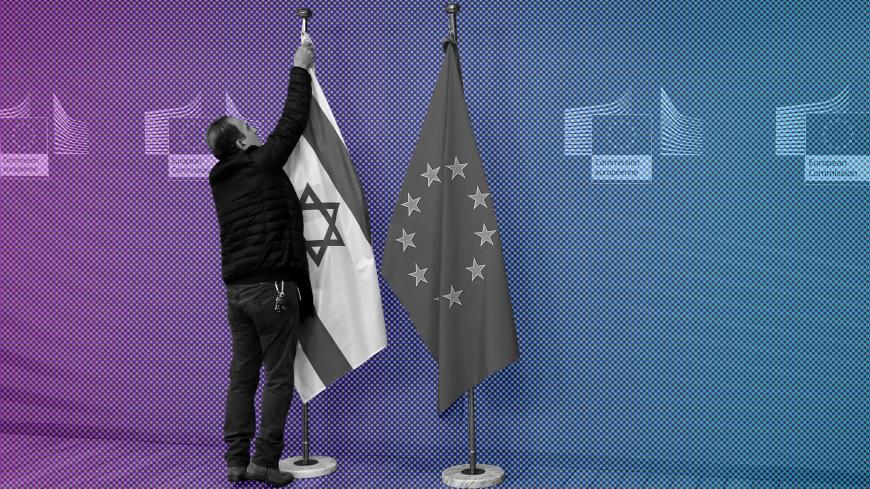 Israeli Prime Minister Benjamin Netanyahu flew all the way to Moscow on Jan. 29 to warn against an Iranian plan to build a precision missile plant in Lebanon. Speaking to reporters after meeting with Russian President Vladimir Putin, Netanyahu said, “I told [Putin] that the threat of precision weapons against Israel is a serious threat that we are not willing to accept, and if we have to act, we will act.” Netanyahu added that he had also told his host that Israel was determined to thwart the Iranian effort to “set the region on fire.” Nonetheless, he was careful to leave room for diplomatic maneuvering, stating, “Red lines have not been crossed yet.”

On the same day, Defense Minister Avigdor Liberman addressed what he described as the “Iranian effort to form a noose around Israel,” noting that all recent wars in the region had involved “boots on the ground.” Like Netanyahu, he was careful to temper his remarks, adding, “The last thing I would want is a third Lebanon war.”

Liberman's warnings were followed days later by reports of the Israel Defense Forces (IDF) preparing for the biggest paratroop exercise in recent years. IDF spokesman Brig. Gen. Ronen Manelis also remarked that last September, Israel had carried out its largest military exercise on the northern border in two decades. In an article published on Arabic-language websites, Manelis had written that Israel was preparing for every scenario on that front. He made sure to add, however, that Israel is not looking for war.

Israelis should hope that these messages were heard clearly in Tehran and that they fell on receptive ears at the Lebanese headquarters of its proxy, Hezbollah, and its leader, Secretary-General Hassan Nasrallah. As reported in Al-Monitor last month, Hezbollah has an estimated capacity to fire 3,000 to 4,000 deadly precision rockets at Israel every day if a third war with Lebanon were to break out. A clash with Iran and its allies could spread to the Golan Heights, sweep up the Islamist-ruled Gaza Strip and ignite the West Bank. A responsible Israeli government would do everything in its power to prevent such a scenario from materializing. Resolute declarations, messages in the Arabic media and perhaps even paratroop drills are the way to go, but there is no guarantee they will suffice in the long run.

Israel’s politicians understand the importance of having broad international support in case of a clash with Iran and its regional allies. Liberman said on Jan. 31 at a conference of the Institute of National Security Studies (INSS) in Tel Aviv, “The Iranian issue is not an Israeli issue.” Given this, Israel must “talk to the international community and point to the grave implications of the Iranian activity.”

Which “international community” one might ask? Russia? The much-touted chemistry between Putin and Netanyahu is unlikely to withstand the test of Russia’s choice between Israel’s security and Russian interests in the Middle East. The United States? Since Donald Trump moved into the White House, Washington has ceased being a channel for contacts with Tehran.

Those who deride Europe’s efforts to foster peace should bear in mind that Europe could ignore them if war ensues. Those who dismiss Europe’s interest in ending the Israeli-Palestinian conflict should be prepared for Europe to dismiss their interests in eliminating the Iranian threat to Israel. According to a September 2017 IDF strategic assessment, despite the growing threat from the Iranian-led Shiite axis, the most volatile arena is actually the Palestinian sector.

Lt. Gen. Gadi Eizenkot, IDF chief of staff, briefed Israel’s Cabinet on Feb. 4, warning that the humanitarian crisis in the Gaza Strip could soon result in an outbreak of hostilities in the south. The authors of the assessment also warn that an escalation on the Gaza front could result in an all-out Israeli-Palestinian confrontation on the West Bank.

Anyone who expects the international community to heed the “serious threat” posed by Iran’s activities must be prepared to discuss the serious threat posed by Israeli activity in the territories it occupies. It is worth noting that the 2006 clash with Hamas on the Gaza border, in which two Israeli soldiers were killed and a third, Gilad Shalit, was kidnapped, was the prologue to the Second Lebanon War. In recent years, under cover of the Syrian civil war, Iran has deepened its hold in areas along Israel’s northern border. At the same time, the Shiite regime has increased its influence over Hamas and other Sunni organizations that control Gaza and are eyeing the West Bank. The deadly blows being inflicted by the United States and Israel on the tottering Palestinian peace camp are bringing those zealots closer to achieving their goals.

The Roman writer Vegetius suggested some 1,700 years ago, “He who desires peace, should prepare for war.” Anyone preparing for war with the Shiite axis must want peace with the Arab-Palestinian-Sunni axis.