After recommending to the attorney general to indict Prime Minister Benjamin Netanyahu in cases 1000 and 2000, investigators are now looking into another case involving Netanyahu and his associates. 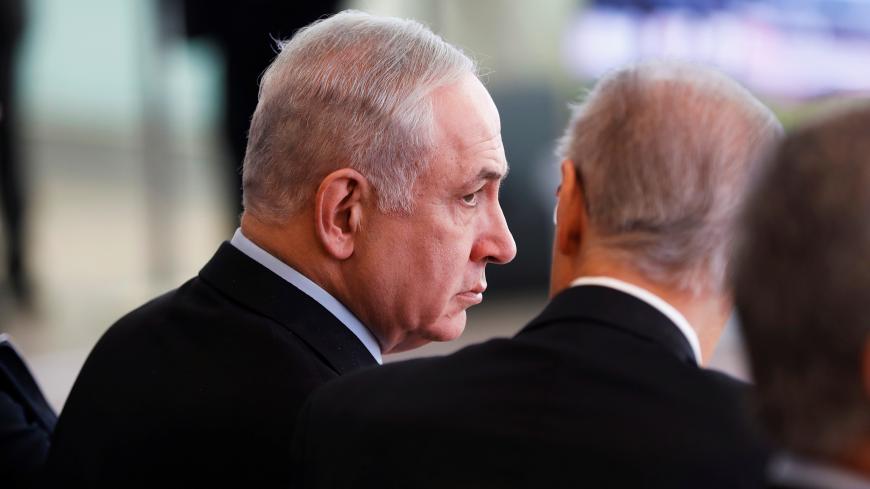 Israeli Prime Minister Benjamin Netanyahu has two obsessions. The first is a case of chronic miserliness, which he shares with his wife. They have become addicted to living off of others, sometimes even against the law. This obsession got him into trouble in the past, culminating in a criminal investigation in 2000. On Feb. 13, it got him into trouble again, when the police recommended that he be indicted for bribery in what is called Case 1000 (Netanyahu allegedly receiving benefits from businesspeople).

Netanyahu’s second obsession is everything to do with the media. Although the free newspaper with greatest circulation in Israel has been subject to his every whim for the past decade, and although he has the most popular Facebook page in Israel, Netanyahu continues to meddle in the Israeli media market, trying nonstop to gain control of even more chunks of it. This keeps him busy 24/7. As we have now learned, it has also gotten him into hot water with the police.

Case 2000 involves explosive recordings of conversations between Netanyahu and Yedioth Ahronoth publisher Arnon Mozes. Last week, these recordings also resulted in a police recommendation that Netanyahu be indicted for bribery.

But this is just the beginning. For the past few weeks, the Israeli police have been conducting an intense covert investigation, entirely under the radar. It is called Case 4000, and it dwarves cases 1000 and 2000. In fact, it is so potentially dangerous that it puts Netanyahu in serious risk of facing criminal proceedings.

While the prime minister managed to survive politically after last week’s police recommendation crisis, and even allowed himself to travel to the Security Conference in Munich Jan. 15, he can expect to be interrogated about Case 4000 under warning in the next few weeks, after all the evidence has been collected. In this case, the police are now putting all their efforts into finding state witnesses to corroborate their claims. In Case 2000, talk about committing acts of corruption almost never came to anything. But in this new case, certain acts were allegedly committed, favors and benefits were given, and deals that can best be summed up as, “Give me, and I’ll watch out for you,” were actually put into practice.

At the center of Case 4000 is Israeli tycoon Shaul Elovitch, who owns a controlling share of Israel’s largest communications company Bezeq. Until recently, Elovitch also owned a number of monopolies in the Israeli media market. In the last few years, the Israel Securities Authority conducted a comprehensive criminal investigation into Elovitch, some of his staff and Director General of the Ministry of Communications Shlomo Filber, who also happens to be a close friend and personal confidant of Netanyahu.

In case anyone forgot, Netanyahu served as communications minister up until last February, when he was ordered by the court to give it up. He had insisted on holding on to this portfolio ever since he put together the current government in 2015.

The Securities Authority’s investigation ended its investigation several weeks ago with a recommendation to indict both Elovitch and Filber. The investigation discovered that in his capacity as director general of the Communications Ministry, Filber granted Bezeq all sorts of far-reaching benefits and sabotaged reforms intended to break Bezeq’s monopoly on telephone landlines. Most glaringly, he gave Elovitch all of these benefits in his capacity as the chief regulator of the communications market.

What the Securities Authority investigators could not prove is that Filber received any benefits in return, either from Elovitch or Bezeq. Now the investigation is expanding upward, to encompass Filber’s boss. Netanyahu and Filber have maintained a close relationship for more than 20 years. Filber was Netanyahu’s confidant ever since Netanyahu’s first term as prime minister, from 1996 to 1999. He was always an expert on covert operations; in other words, the kind of gray operations about which the less said the better. When the current government was formed, Netanyahu took the communications portfolio for himself. On his first day in office, he fired — by phone — the last director general, Avi Berger, who served under the previous minister, Gilad Erdan, and immediately appointed Filber to replace him. This is when Bezeq began receiving benefits, including the cancellation of reforms that Erdan and Berger had worked so hard to achieve.

The police now suspect that it wasn’t Filber but Netanyahu who was compensated for this. Bezeq owns Walla, a popular website, whose reach and influence in Israel parallels that of Yedioth Ahronoth’s popular Ynet site. Netanyahu is known to hold a bitter grudge toward Ynet, which was particularly harsh to him on the eve of the 2015 elections, as part of the Yedioth Group’s media effort to bring about his defeat.

It is now suspected that Netanyahu wanted to gain control of Walla through its owner, Elovitch, and make it subject to him. This way, he could deter Ynet by establishing a counterbalance to it and create an important and influential internet platform for himself. Over the last few years, Netanyahu never disguised how disappointed he was that Israel Hayom, the free newspaper set up for him by American casino mogul Sheldon Adelson to provide him with media services, was unable to stake a claim for itself in the digital world. Its website is neither popular nor influential among Israelis. The solution Netanyahu found was Walla. He wanted to take over a popular and successful website that already existed, and which was considered balanced and objective, so that he could influence Israeli public opinion through it.

The police are now investigating the symbiotic relationship between Netanyahu and Walla. They have collected testimonies from many of Walla’s senior executives, including its CEO Ilan Yeshua. It is suspected that Netanyahu granted Bezeq benefits valued at billions of shekels in exchange for them placing one of the most powerful websites in Israel under his authority.

An investigative report by Gidi Weitz, published by Haaretz in October 2015, showed how Walla’s coverage of Benjamin and Sara Netanyahu had been slanted in a number of areas, ranging from political, diplomatic and defense reports to flattering photos of Mrs. Netanyahu and censorship of unfavorable reports about her.

The police suspect the relationship between Netanyahu and Elovitch to be a classic case of give and take. On the one hand, far-reaching government benefits by way of regulation, and on the other, unusually supportive and even flattering coverage of the prime minister and his family. According to various reports, the police have been able to get their hands on extensive correspondence between the parties, including concerns expressed in real time by the people involved that this whole business could end in a police investigation. And it did.

The irony is that Walla changed its coverage over a year ago as a result of these reports and because its owner, Elovitch, found himself entangled in the Bezeq case. Since then, Walla has become one of the most contrarian websites out there, as far as Netanyahu is concerned. It was the website that released Jan. 28 the “hot” recording of the prime minister’s wife shouting at the Netanyahus’ late media adviser Shaya Segal. The recording quickly went viral, exposing Israelis to the shrill decibels that their prime minister must contend with regularly. Right now, however, it looks like that recording will be the least of the Netanyahus’ problems.