Police closing in on Netanyahu

With the former director general of the Ministry of Communications, Shlomo Filber, as a state witness, Prime Minister Benjamin Netanyahu is likely to be indicted and even convicted. 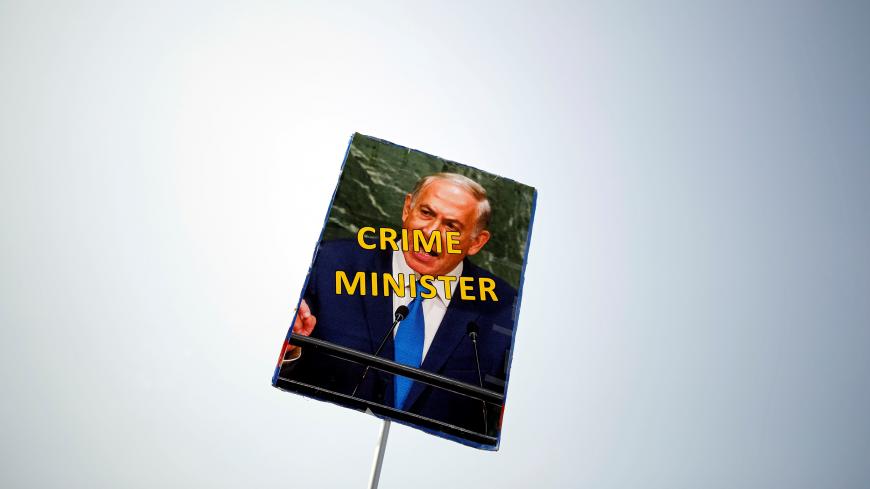 Feb. 20 was one of the most heated and dramatic days in the history of Israeli politics. Compared with it, “House of Cards” is about as dark as “Snow White and the Seven Dwarfs.”

It all began in the morning with the revelation that the Israel Police now suspect Prime Minister Benjamin Netanyahu’s spokesman and confidant Nir Hefetz of trying to ensure that the position of attorney general would be given to someone willing to shut down the investigation into the prime minister’s wife in the “official residence case” in 2015. It ended with the earth-shattering revelation that the former director general of the Ministry of Communications, Shlomo Filber, signed an agreement to serve as a state witness against his boss and patron.

By Feb. 21 at dawn, even the most ardent Likud supporters knew that the Netanyahu era was over. Now it’s only a matter of time. Netanyahu once dreamed of surpassing Israel’s first prime minister, David Ben-Gurion, as Israel’s longest serving prime minister. That's not likely to happen now. Netanyahu is no longer fighting to keep his job or his stature; he is fighting for his freedom. It is now a fairly safe bet that he will follow in the footsteps of his predecessor Ehud Olmert and end up in prison. The odds of that outlandish scenario happening have shifted.

Netanyahu made it through last week as only he knows how. Two resounding police recommendations to indict him for bribery (Case 1000 and Case 2000) slipped off his Teflon vest without disturbing a single hair on his head. His government remained stable, and his partners maintained coalition discipline, without anyone making as much as a squeak. They all believed that Netanyahu’s hourglass still had plenty of sand left, and that it would take at least a year before Attorney General Avichai Mandelblit makes his final decision. Then came what Netanyahu could only describe as “Terrible Tuesday.” This time, even he was left speechless. In a gloomy video that he released that night, Netanyahu looked more despondent than he has in a very long time. There were still signs of shock on his face.

It all began at dawn with the arrest of Hefetz, along with strategic adviser Eli Kamir. Representatives of the attorney general’s office told the court that the suspicions under investigation include bribery at the highest levels of power, making this one of the most serious scandals imaginable. It is now suspected that the incident currently being investigated by the police occurred in late 2015, as the previous attorney general was completing his term. In other words, it happened at the height of the search to find his replacement.

Hefetz, then spokesman for the Netanyahu family, sat down for a meeting with Kamir, who is considered one of the people closest to the highly regarded Central Region’s District Court Judge Hila Gerstl. During that meeting they discussed whether Gerstl would be willing to commit to closing the case against Sara Netanyahu in exchange for her appointment as attorney general. Kamir knew immediately that there was nothing to talk about, but he decided to inform Gerstl about it anyway. As expected, she refused to even talk about the proposal that he insinuated and actually expressed her disgust. Now that the story has reached the police, Gerstl offered very detailed testimony about what happened from her perspective. So did Kamir.

It was a very turbulent morning, with a political earthquake that reminded many of the Bar-On Hebron scandal in 1997, during Netanyahu’s first term in office. At the time, there were concerns that Roni Bar-On had been appointed state attorney general in exchange for his agreement to shut down the investigation against then-Minister of Interior Aryeh Deri.

But that was only the beginning of Netanyahu’s most recent travails. That afternoon, reports began to leak out that Filber was in negotiations to become a state witness against Netanyahu. Filber has been Netanyahu’s special operations office for a generation. If he talks, he could open a bottomless Pandora’s box. Filber was dropped into the position of director general of the Ministry of Communications on the very first day of the current government’s term, following the rapid and brusque removal of a professional director general. Netanyahu took the communications portfolio for himself and stormed the Israeli telecommunications market with a fury. Filber and Netanyahu’s activity in that capacity have been at the center of Case 4000 (Netanyahu’s relations with Bezeq majority owner Shaul Elovitch) over the last year.

So far, the Israel Securities Authority has already recommended that Filber be indicted. The suspicion is that Filber acted on behalf of the ominous Bezeq communications giant, providing it with government protection from impending reforms. This, in turn, put about 1 billion shekels (about $286 million) in the pocket of the company’s owner, Shaul Elovich.

Now Filber could provide investigators with the missing link they need to prove that Netanyahu granted government benefits to Bezeq as part of a corrupt deal. In exchange, the popular Israeli website Walla would be at the disposal of Netanyahu and his family. By forging an alliance with the owners of Walla, Netanyahu hoped to create a strategic balance of terror to counter the country’s leading news website Ynet, owned by Yedioth Ahronoth. Now, all that jazz, fetid as it is, will appear in court in the witness box, it could threaten Netanyahu’s long career with an ignominious burial. It could even end with his loss of freedom.

What will Netanyahu do now? He began Feb. 21 with a whirlwind of activity. Anyone who hoped that Netanyahu would finally throw up his hands and give up was proven wrong, at least for now. A post on his Facebook page links to a poll published by the free daily newspaper Israel Hayom over the last few days, showing how the Likud would skyrocket to 34 seats if elections were held now. This is Netanyahu’s last battle. He is hoping to prove to his supporters that he is still the hottest commodity on the market and that the people are behind him. The problem is that the police, the state attorney’s office, the attorney general and quite a few of the people once closest to him are not.

The battle over who will succeed Netanyahu is already being fought intensely. Some of the key questions that remain to be answered are: How will the Netanyahu era end? Will he claim that he is incapacitated and allow the party to choose someone to replace him as prime minister, so that the current coalition can finish out its term? Or will Israel head to new elections? When will Netanyahu’s coalition partners finally crack? And is there anyone in the Likud who would dare raise the banner of revolt against a leader in free fall?

The answers to all the questions will begin to emerge in the coming weeks. And yet, Netanyahu will still remain an enigma. No one will ever really understand how Israel’s most talented politician could have the most sophisticated self-destructive urges in the country’s history.