While Abdel Fattah al-Sisi is calling on Tehran and Riyadh to cool their tensions, Egypt is strengthening its ties to Oman, which has become a stable and trustworthy ally. 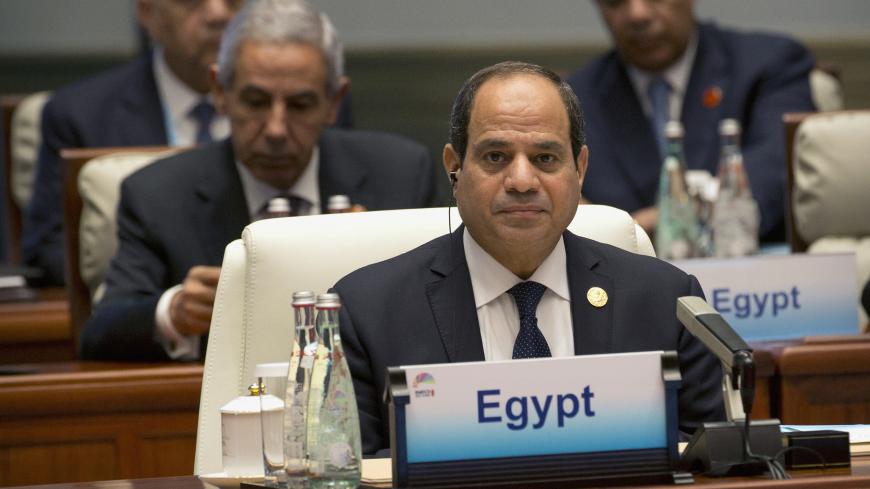 Egyptian President Abdel Fattah al-Sisi’s three-day trip to Oman from Feb. 4-6 reaffirmed Cairo and Muscat’s close relationship. The two countries’ media coverage of the “historic” visit — the first made by an Egyptian head of state to the sultanate since 2009 — underscored the decades-old warm ties between the two Arab countries. Oman’s Minister Responsible for Foreign Affairs Yusuf bin Alawi bin Abdullah said Muscat saw Egypt as “the backbone of the Arab nation and the podium which embraces all Arabs.”

After 1970 — the year in which Sultan Qaboos bin Said ascended to power and Egyptian President Gamal Abdel Nasser died — Egypt and Oman quickly overcome major problems that had previously plagued Cairo-Muscat relations when the two capitals were in opposing Cold War camps. During the 1960s, Nasser’s brand of Arab nationalism inspired the Marxist insurgents in the Dhofar governorate in Oman, whose rebellion against Sultan Said bin Taimur’s monarchy erupted in 1965. Yet within the framework of Qaboos’ early opening of Oman’s relations with the greater Arab world and the West, Muscat respected Egypt’s sovereignty and right to conduct its own foreign policy. Egyptian President Anwar Sadat (1970-1981) simultaneously realigned Egypt with Washington and Western-backed conservative Gulf sheikdoms, bringing Cairo away from the Kremlin and left-leaning secular Arab nationalist regimes and movements in Algeria, Iraq and Syria. The sultanate earned more of Egypt’s trust when Oman (and only two other Arab League members) maintained relations with Cairo after the signing of the Egypt-Israel Peace Treaty in 1979.

Since 2013, Oman, like most Gulf Cooperation Council (GCC) states, developed relations with Sisi’s regime. In April 2015, Oman gave Egypt $500 million at the Egypt Economic Development Conference. Yet unlike Oman’s fellow GCC members, the sultanate has been largely neutral in Egypt’s internal affairs, despite criticizing the crackdown on Muslim Brotherhood supporters in 2013. Moreover, Muscat — in contrast to Abu Dhabi, Doha and Riyadh — has neither attempted to empower nor weaken the forces of political Islam in Egypt following the 2011 revolution, making Oman a country that carries essentially no political baggage in Egypt.

Of all regional conflicts, Yemen was the focus of Sisi’s recent discussions in Muscat. Yet other issues included Lebanon, Iraq and Syria’s affairs. Egypt understands that years of conflicts in Arab states have damaged the fabric of certain Middle Eastern societies, only benefiting violent extremists. Oman’s efforts to create lasting peace in the region that can serve the Arab world’s long-term interests deserve Egypt’s support in Sisi’s eyes. Although Egypt’s economic health has relied far more on Saudi Arabia, Kuwait and the UAE than Oman, Cairo’s stance on a host of conflicts and unresolved problems in the Middle East — particularly regarding Yemen, Syria and Iran — is moving closer to Oman’s. In fact, such issues may well prompt Cairo to turn closer to Muscat for its diplomatic service as a promoter of peace and security.

Sisi and Qaboos are two leaders who believe that it is in the interest of the Arab states to accommodate, rather than aggressively counter, the expansion of Iran’s influence. Such a shared perception of the need for diplomacy on the Iran file is a major factor that could bring about closer geopolitical alignment between Cairo and Muscat. Egypt and Oman’s growing understanding of regional issues may unsettle the Saudi rulers, as the kingdom applies greater pressure on its neighboring Arab states to back Riyadh’s efforts to push back against Iran, which neither the leadership in Cairo nor Muscat want to embrace.

Without any domestic Shiite threat in Egypt, Sisi’s regime has perceived Turkey and Qatar — not Iran — as the main state sponsors of terror that threaten Egyptian security. To the dismay of Riyadh and Abu Dhabi, Sisi has not served as a reliable Arab partner in the Saudi/Emirati vision for uniting the Sunni Arab world against Iran, which Hosni Mubarak did during his 31 years in power. In fact, as recently as 2009, Saif al-Maskery, a former Omani official in the Foreign Ministry, criticized the Mubarak regime’s hard line against Tehran: “Unfortunately, what is going on is Egypt is creating an enemy from nothing.”

Now Sisi has called on Tehran and Riyadh to cool their tension for the benefit of the greater Middle East, including Egypt. Not interested in pursuing a confrontational and overtly anti-Iranian foreign policy as many of his allies in the GCC would like him to, Sisi has interests in seeing hostile friction in Iranian-Saudi relations lower as the risk of a military confrontation is deeply alarming to Cairo. With Egypt’s military focused on the threat of militant Salafi jihadis in the Sinai Peninsula and Libya, Cairo does not want to be called on to defend Gulf states should a military confrontation with Iran break out in the future. Undoubtedly, while supportive of Egyptian efforts to combat forces of violent Sunni fundamentalism in the region, Oman fully welcomes Sisi’s urging of the Iranian and Saudi leadership to tone down the incendiary rhetoric from both capitals.

For Oman, a stronger relationship with Egypt offers the sultanate a more diversified set of allies and strategic depth vis-a-vis its two GCC neighbors, Saudi Arabia and the UAE. Although Cairo and Muscat have not reacted to the Qatar crisis on the same terms, Oman has been keen to express its neutrality in the GCC’s 8-month-old diplomatic row while maintaining close ties with states on both sides of the GCC’s rift. At a time when the GCC, an institution that Oman has sought to strengthen (albeit on Omani — not Saudi — terms) since the organization's establishment in 1981, has become irrelevant, Muscat is planning for new realities in the Arabian Peninsula’s geopolitical order and tense security environment. As Oman is grappling with the threats that the continued Yemeni civil war, tense state of Saudi-Iranian relations and Qatar crisis pose to regional security, Muscat is determined to capitalize on its solid relationship with Egypt as an anchor of stability in the Gulf at a time of growing uncertainty in the region.

As Oman makes itself useful to Egypt, an important lesson is to be learned about Cairo’s ties with the GCC states. Put simply, the value that Egypt places on its relations with Gulf sheikdoms is not all about money. With less financial wealth to offer Egypt, Oman cannot bankroll the Egyptian state, nor can the sultanate keep the Egyptian economy afloat. Nonetheless, Muscat represents a stable and trustworthy ally that is uniquely positioned to help Arab states overcome costly stalemates.