The European Parliament passed a resolution condemning the Egyptian government's use of the death penalty, but authorities seem unlikely to comply. 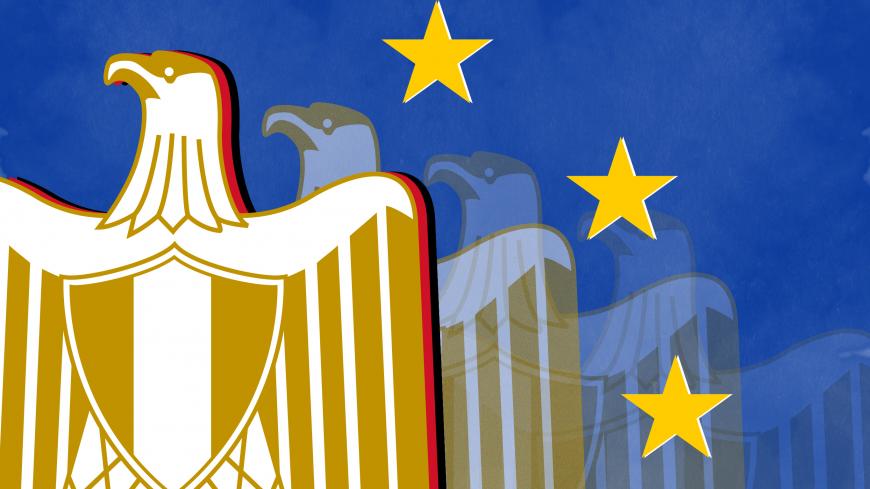 CAIRO — The European Parliament issued a resolution Feb. 7 condemning the use of the death penalty by the Egyptian government. It urged the government to issue a stay of execution for those on death row and to review all cases of pending death sentences to ensure respect for fair trial standards.

On Jan. 29, a memo was addressed to the UN secretary-general by 13 Egyptian human rights nongovernmental organizations (NGOs) calling for the United Nations to immediately intervene with the Egyptian government to suspend the imminent execution of 26 Egyptians and to urge President Abdel Fattah al-Sisi to replace the death penalty with another sentence. The NGOs also called on the Egyptian government to voluntarily suspend the death penalty in any new cases, in preparation for the abolition of this penalty.

Mohamed Zaree, the director of the Cairo Institute for Human Rights Studies, told Al-Monitor that calls for the abolition of the death penalty relate to the fact that it cannot be reversed in cases where it is later discovered the accused was innocent. “The state must abolish the death penalty and replace it with freedom-depriving penalties such as 25 years or life imprisonment,” he said.

The Egyptian Initiative for Personal Rights (EIPR) published its Position on the Death Penalty on Oct. 10, 2017. It stated, “More than 100 crimes are punishable by death under Egyptian laws. These include 35 crimes set forth in the Penal Code, such as harming domestic and foreign national security and harming individuals, and another 10 crimes included in the anti-drug law. Most of the crimes punishable by death are found in the Code of Military Justice, which sets forth at least 41 capital crimes. In addition, the counterterrorism law of 2015 sets forth at least another 15 crimes punishable by death by hanging.”

In a phone conversation with Al-Monitor, Zaree said, “Death sentences have been issued against a large number of defendants in recent times, mostly in military trials that lack integrity. The aim of any punishment is to achieve public deterrence and to rehabilitate the offender. This can only be achieved through freedom-depriving sanctions.”

Hafiz Abu Saada, a member of the National Council for Human Rights, told Al-Monitor that it is difficult to abolish the death penalty now in light of the terrorist attacks witnessed by Egypt. He noted, however, that the death sentence could be limited to the most dangerous crimes.

In 2017, Egypt was shaken by seven major terrorist attacks that killed dozens of civilians and police and army members.

Abu Saada added, “It is also necessary to take the appropriate sufficient time before issuing death sentences. In cases of terrorist crimes, only those who actively participated in the crimes should be handed the death sentence and not everyone who joins a terrorist group.”

Commenting on the timing of the European Union resolution, he pointed out that it coincided with the campaign against the death penalty launched by the 13 local NGOs, asserting that this resolution is not binding on Egypt and will not affect Egyptian-EU relations. “The repercussions of Egypt retaining this penalty would be felt on its image abroad,” he said.

Of note, Europe is one of Egypt’s biggest importers and one of its major donors, with the total amount of ongoing EU assistance to Egypt reaching around $1.6 billion.

He explained that the application of the death penalty is in accordance with the principles of Islamic law, which is a source of legislation in Egypt, noting that over the past three years the death penalty has been used only against 81 people, while the remaining judgments are not final.

Article 2 of the Egyptian Constitution of 2014 states that Islam is the religion of the state and that the principles of Islamic law are the main source of legislation.

In this context, Mohammad al-Shahat al-Jundi, an Islamic Sharia professor at Al-Azhar University and a member of the Islamic Research Council, told Al-Monitor, “Islamic law clearly specifies that the death penalty aims to achieve punishment in murder cases.” He quoted the Quran’s Surah al-Baqarah verse 179, which states, “People of understanding, there is life for you in retribution that you may guard yourselves against violating the law.”

Jundi added, “Islamic law resolves every doubt in favor of the accused. If there is 1% doubt of innocence, the judge must take this into account and issue a softer sentence against the accused instead of the death penalty. The death penalty cannot be abolished under Islamic law, instead, efficient legal guarantees could be provided in favor of the accused, such as a reducing the number of crimes punishable by death.”

In a telephone conversation with Al-Monitor, he said, “There are guarantees set forth by the criminal legislator in Egypt. These procedural guarantees aim to ensure the correctness of judicial rulings ordering the death penalty and to minimize the possibility of mistakes.”

Sayed explained, “The death penalty is issued by virtue of a unanimous decision of three judges in the Criminal Court. This judgment is then challenged by the Public Prosecution before the Court of Cassation. Also, the nonbinding opinion of the country's grand mufti must be obtained on every issued death sentence. When the judgment is pronounced, a memo shall be sent from the Ministry of Justice to the president of the republic for ratification, or for reducing the sentence or obtaining amnesty.”