Hamas to Persist With Public Executions Despite Objections

Hamas will go ahead with public executions by the end of August despite an outcry by human rights groups. 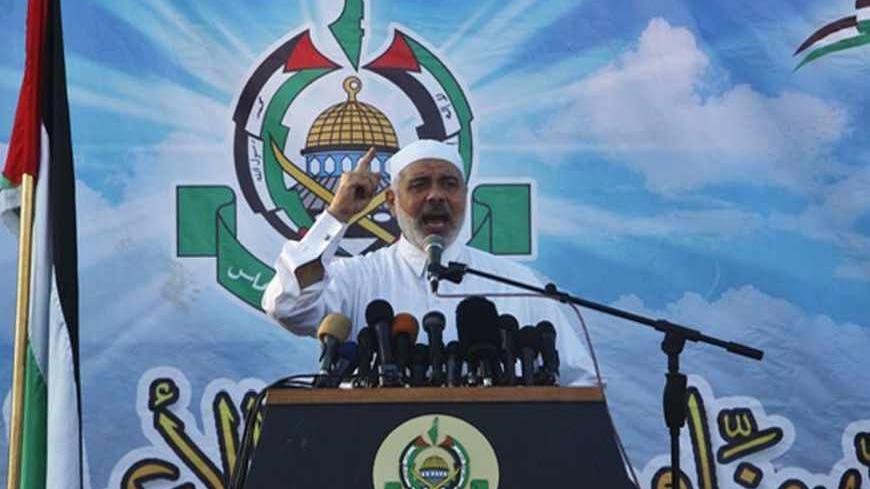 The Hamas government is still planning to carry out public executions despite appeals by human rights groups to reverse the decision.

Ismail Jaber, the attorney general in Gaza, confirmed on Aug. 11 that the public prosecution is waiting for the approval of the Council of Ministers in Gaza to implement the death penalty for a "criminal," after all legal proceedings against him were exhausted.

In a press statement, Jaber said, "The death sentence will be carried out as we have said after the [Eid al-Fitr] holiday," adding that the sentence would likely be carried out by the end of August. He did not specify the public place where the execution will take place.

In an earlier statement on Aug. 1, Jaber said, "The death sentence will be carried out against a number of criminals immediately after Eid al-Fitr," noting that the executions would be "public, in retaliation for those who had died."

He added, “Public executions will not take place in front of all citizens in public squares, but rather in the presence of the families of the victims, a number of mayors and religious figures.”

Jaber indicated that the objective behind these public executions was to deter others from committing similar offenses.

Gaza’s Prime Minister Ismail Haniyeh confirmed on Aug. 2 that after Eid al-Fitr his government will carry out death sentences against a number of persons accused in criminal cases, stressing that the law will take its course and no perpetrator will escape punishment.

Haniyeh and Jaber’s statements came after the murder of 26-year-old Alian Mohammed Telbani, the son of the owner of Al-Awda biscuit factory during the month of Ramadan when the factory was robbed by five armed men.

According to police investigations, the crime was carried out by five individuals — four brothers and their cousin who works in the same factory — for the purpose of robbing the factory.

The decision to carry out death sentences has been condemned by local human rights organizations. Haniyeh expressed his respect for human rights institutions, which condemn and object to the death penalty, but he added, “We also respect our blood, our Sharia and our law.”

Amnesty International also weighed in, urging Hamas authorities in Gaza to put an end to the planned executions. “This and other recent announcements by Hamas authorities that they will carry out further executions are deeply disturbing,” Philip Luther, the director for the Middle East and North Africa, said in a press release on Aug. 8.

As part of his response to Amnesty International's statement, the attorney general in Gaza explained to Al-Monitor that the judiciary system and the public prosecution has taken a decision to execute some criminals to serve as a deterrence for further crimes. Jaber refused to disclose details of the crimes of the accused, or the exact number of inmates on death row, despite Al-Monitor requests.

The Palestinian Independent Commission for Human Rights (ICHR) condemned the judgments and reiterated their ongoing rejection on the grounds that they “violate the right to life.” The commission stressed that the issuance of death sentences is the prerogative of the president of the Palestinian Authority (PA) under the Criminal Code of Procedure No. 3 of 2001, and that any execution of a death sentence without the president’s ratification is contrary to the provisions of the Palestinian law.

Mustafa Ibrahim, a researcher with the commission, explained in his article on Aug. 6 titled “No to Street Justice and the Death Penalty” that there is a misconception among some as to the position of human rights institutions refusing to implement the death penalty.

In an interview with Al-Monitor, Ibrahim stressed his opposition to the death penalty. “It has been proven that it does not put an end to crimes. To the contrary, the crime rate [has continued to] increase. Replacing a life sentence with the death penalty spares the criminal, while life imprisonment, for example, has a higher impact since the criminal continues to suffer.”

Ibrahim spoke of the PA and the government of Hamas’ wrongdoing when referring criminals to military courts rather than to civil courts. “Citizens have the right to be brought before a civil judge, to consult a lawyer and to be publicly tried to determine whether he is guilty or innocent.”

Khalil Abu Shamala, director of Addameer Prisoner Support and Human Rights Association in Gaza confirmed that all of the human rights organizations have a clear position on the death penalty, which they outright reject.

Abu Shamala stressed, “The warning and threat of the death penalty and that it will be carried out in public in front of people is a matter that the courts must settle, since the mere threat of this penalty is a departure from all legal principles and values and a violation of legal rules.”

In light of the rejection by human rights institutions of this matter, the Palestinian families whose sons were killed in recent murders committed in the Gaza Strip requested the Palestinian government to quickly seek justice against the killers of their children and all the perpetrators of crimes in Gaza.

Mohammed al-Telbani, the father of Alian who was murdered, said during a phone call with Al-Monitor that he would not rest until the five people who murdered his son are executed. He explained that he will not hold funeral services until those who committed the crime are punished. “If they are freed years from now, they will commit more crimes. For this reason, they should be executed and the law should take its course.”

He mentioned that his son had finished his architecture studies in the United Kingdom and had planned to get married a month after he was killed. “How could they take away the joy of the family without being executed the way they executed our joy forever?”

The Telbani case has opened the wounds of many families whose relatives were killed at different points in time and whose perpetrators were never arrested, brought to justice or punished. Several of those families took to the streets on Aug. 6, denouncing what they described as “dereliction in punishing the perpetrators.” This, according to them, will give further motive to commit more crimes.

Among these families were the Mahdis whose son Mohammad, 20, was killed last June during a family feud over filling up gas.

Mohammed’s brother, Ahmed, called on the “Palestinian judiciary system to punish the perpetrators and hold them accountable for the crime.”

Ahmed affirmed that the non-implementation of the capital punishment will encourage criminals to commit more crimes. “There must be a strong deterrence so crime rates do not increase,” he told Al-Monitor.