Egypt’s parliament approved changes to a controversial law regulating the work of civil society organizations, but many of the groups are unimpressed and say the draft bill needs more work. 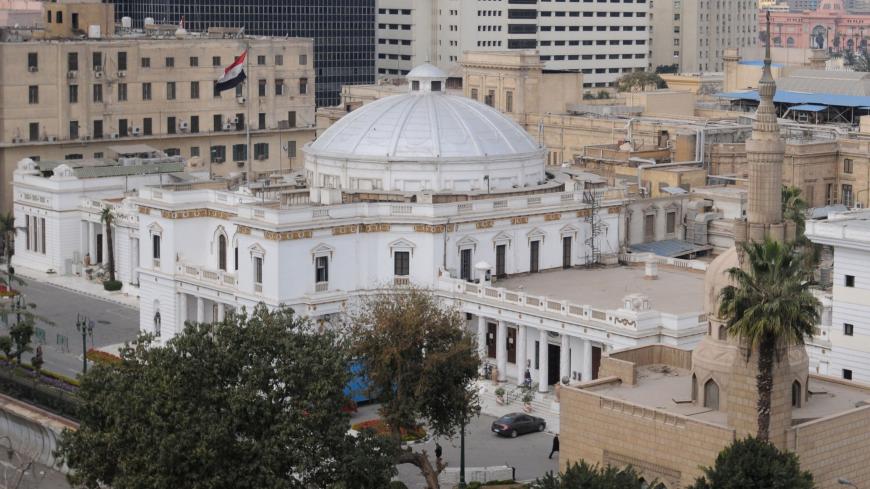 CAIRO — Many human rights and relief groups are taking aim at "reforms" the Egyptian parliament approved recently in a draft bill regarding civil society organizations (CSOs) — changes they say are as bad as existing restrictions. Activists are recommending that President Abdel Fattah al-Sisi send the draft back for further amendment.

Lawmakers approved the changes July 15. The president has 30 days from that date to review the draft. Unless he rejects it, the draft law will take effect.

The Ministry of Social Solidarity proposed the amendments to a 2017 law regulating CSOs. The 2017 law was controversial from the beginning, seen by many as a threat to the work of some 48,000 CSOs. Most notably, it imposed prison sentences ranging from one to five years for violations such as receiving foreign funding without permission.

Rights groups had sought changes to the law regulating CSOs, which also says an organization must submit to the Ministry of Social Solidarity a startup request, which could either be denied or approved. Critics say that law actually contradicts the constitution, which provides for the right to establish associations simply by notification.

The government says the July 15 amendments guarantee people the right to form CSOs as soon as they notify the Social Solidarity Ministry, without the need to get a license or approval. The draft also abolishes prison sentences, replacing them with fines between 200,000 and 1 million Egyptian pounds ($12,070-$60,350). It states foreign funding must be subject to a 60-day approval period and if the ministry doesn't respond by then, the request would be considered approved. It further states that no decision to dissolve CSOs can be made without a judicial ruling.

Hafez Abu Saada, head of the Egyptian Organization for Human Rights, told Al-Monitor that “80% of the demands made by the CSOs during a [community discussion period] were taken into account in the amendments.”

He noted, “The community dialogue mainly aimed at listening to the civil society’s proposals. It was attended by 1,164 representatives of CSOs as well as intellectuals and politicians, all of whom objected to [the existing law]. Foreign CSOs operating in Egypt and youths from several parties attended the dialogue. The amendments were all interpretations of the dialogue sessions.”

He continued, “Some claimed there were restrictions on funding, but the new law enables the CSOs — which receive internal funding — to directly receive them in their bank account and immediately use them, as long as they provide necessary reports to the Ministry of Social Solidarity on receipt of funding and purposes for spending them. If CSOs receive foreign funding, they can receive them and place them in their accounts."

On the other hand, 10 human rights organizations issued a press release July 16 opposing the amended law and offering very different interpretations of the changes. While the draft would do away with imprisonment, the statement said, it replaces that with heavy fines. They noted that this draft considers CSOs' funds as public funds and basically requires the groups to be organized as legal entities with the administrative authority’s approval.

In addition to those 10 groups, Amnesty International issued a public statement saying that the draft "overwhelmingly maintained the most draconian provisions of the 2017 law and that most changes are cosmetic."

The press release mentioned a loophole within the law that would allow it to restrict the activities of nonngovernmental organizations.

"Similarly to the current law, the draft new law enables executive authorities to unduly interfere in the work of NGOs by granting them the power to suspend NGOs’ activities at any time and to dissolve NGOs on the basis of vaguely worded concerns. The draft new law also requires both national and international NGOs to obtain permission from the authorities to seek funding, whether from foreign or local sources," the news release said.

"The draft new law continues to ban NGOs from conducting research and publishing their findings without prior governmental permission. It grants the authorities wide powers to dissolve NGOs and subject their staff to criminal prosecution based on vague and broad charges such as 'disturbing public order' and 'harming national security.'"

Abu Saada responded to objections, saying, “Once CSOs hand over their documents to the administrative authority, they become a legal entity and can immediately begin their work without the need for a permit. The hefty fines are only a deterrent replacing the abolished freedom-depriving sanctions.”

Ziad Bahaa Eddin, former deputy prime minister, wrote a July 15 article in Shorouk News that said, “The new law met a number of civil society’s most important demands, foremost of which is restoring the system of establishing CSOs through notification without presenting any documents to be subjected to administrative decisions, as well as applying funding control.”

He added, “I was looking forward [to the law] alleviating more administrative burdens, particularly with regard to the election of boards of directors, headquarters specifications, procedures for opening accounts and organizing fundraising. I don't see a need to establish a special unit within the ministry to supervise CSOs [as the draft proposes]. I fear it could become a supervisory entity.”

Bahaa Eddin pointed out, “The fines — although they are certainly better than imprisonment — are still hefty for some minor violations. Yet, despite my reservations about the new law, I see progress worthy of recognition.”

US Charge d'Affaires in Cairo Thomas Goldberger said in a July 17 meeting with journalists at the embassy that the new law is a step in the right direction toward enabling civil society to play a role in the community. He noted that every state establishes its own mechanisms to regulate the work of CSOs.