A new civil society organizations law may be passed in Egypt that will allow the state to impose restrictions on their funding and freeze their activities under the pretext of violation of public morals. 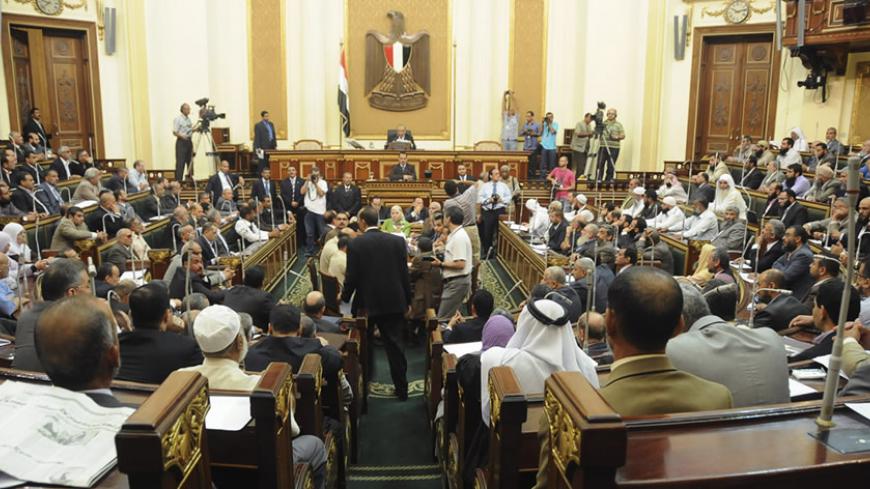 Parliament members attend a session at the parliament building in Cairo, July 10, 2012. - REUTERS

CAIRO — Humanitarian organizations around the world have long criticized Egypt’s regulation of nongovernmental organizations. But now a bill is headed for parliament that, depending on who is asked, could either improve the current situation or make it even more restrictive.

The Social Solidarity Ministry issued the bill. Khaled Sultan, chief of the ministry’s Central Administration of NGOs, told Al-Monitor the bill was drafted after discussions with 566 human rights organizations. The legislation includes proposals from those groups, but reserves the government’s right “to supervise and control the work of civil society organizations and follow up on their funding sources and methods of spending,” he said.

Many NGOs oppose the bill, said Mohammad Zare, head of the Arab Organization for Penal Reform. He told Al-Monitor that while the government has a right to monitor NGO programs, activities and funding within Egypt and hold them to certain standards, the bill goes too far.

"We refuse state control on external financing,” he said. “How can the state prevent civil society organizations from obtaining funding from well-known foreign institutions with international reputations?”

Zare added, “The current bill authorizes the administrative authority to suspend the activities of a civil society organization if it sponsors activities that would threaten national unity or that are contrary to the public order or morality.”

On the surface that might sound reasonable, but the proposal is too vague and allows the government wide latitude in its interpretation and application of the restrictions, according to Zare.

“This provision is elastic, loose and unacceptable,” he said. “It also allows the suspension of a civil society organization’s activities if it exercises any political activity — despite the fact that some organizations carry out political action to raise awareness through campaigns and seminars. We will not accept such articles in the new bill.”

Zare added, “We need a bill that allows citizens to freely carry out service-related and research activities without the state interfering. … For example, if an organization wanted to do a survey on children’s rights, it would not be reasonable to wait for state approval on such a survey.”

However, Sultan told Al-Monitor the bill addresses many of those concerns. For example, a court order is required before any administrative authority can dissolve an NGO or refuse to allow one to be formed.

“The bill also states that civil society organizations are established by virtue of a mere notification,” he said, adding that those provisions were drafted to comply with Article 75 of the Egyptian Constitution of 2014 and the recommendations of the National Council for Human Rights in Cairo.

In addition, the bill proposes establishing a coordination committee to help NGOs and issue their required permits. The committee would be made up of representatives of four ministries: Foreign Affairs, Solidarity, International Cooperation and Interior.

On the subject of funding, however, Sultan said, “The state is entitled to control every Egyptian pound that enters or leaves the country. This is applied to all of the countries of the world.”

He added, “The committee may refuse or approve any foreign grant and shall inform the civil society organization of its decision within 60 days. If the organization objects to the committee’s decision, it may challenge it before the courts.”

Addressing the provision that Zare called “loose,” Sultan said, “Is it possible to establish a civil society organization for homosexuals, for example? This is inappropriate and violates public morals. This must be specifically provided for in the new bill to prevent any violations.”

Sultan said, “The state believes in freedom of civil action, but according to controls and in conformity with the law. Parliament will be entitled to ratify the new bill or delete or add articles at its discretion.”

Mohamed Zaree, director of the Cairo Institute for Human Rights Studies, criticized the Social Solidarity Ministry and the state, noting the bill has not been presented for public comment. “There is a clear blackout policy on the new bill,” he said.

Zaree objected to the “coordination committee” entrusted to follow up on the work of NGOs. He questioned why the Ministry of the Interior and security authorities should be involved with the work of civil society organizations.

“Are civil society organizations a threat to the national security of the country?” he asked.

Zaree added, “The state does not recognize the role of civil society in Egypt. It is seeking to pass a law that gives itself larger powers and allows it to impose restrictions on civil society organizations, to turn them from nongovernmental organizations into quasi-government entities subject to the security and administrative authorities, and to subject them to the actual administration of the government.” 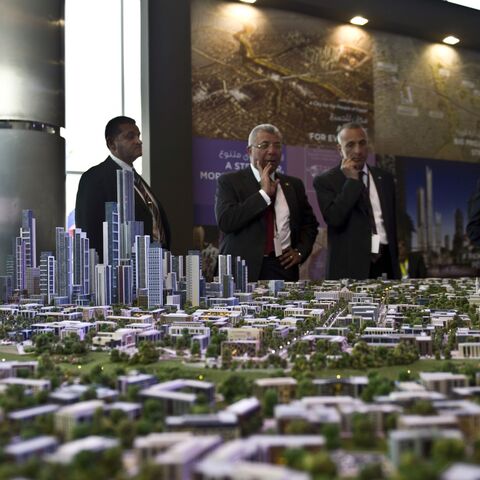