A law governing Egypt's civil society groups underwent numerous amendments before going into effect this month, but is still generating heated debate over its supposed benefits. 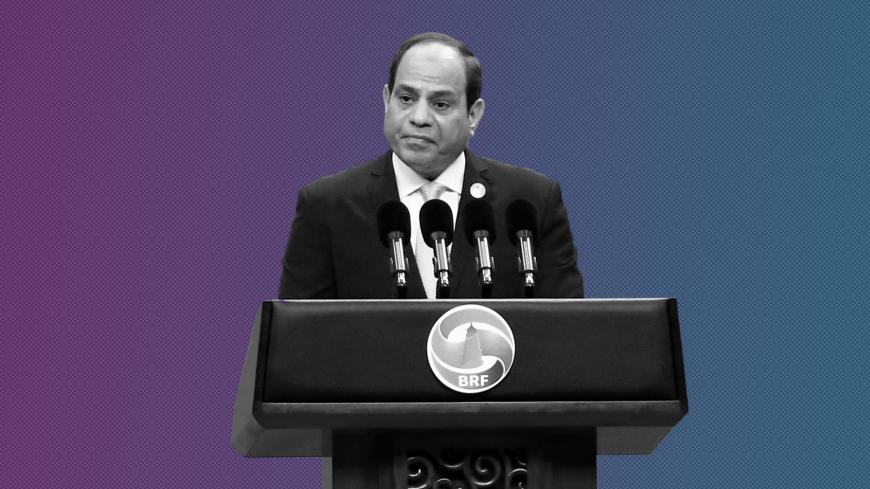 Egypt's recently enacted law regulating the work of nongovernmental organizations is continuing to draw heavy fire from many human rights activists who say it's mere window dressing, while others approve, calling it an improvement over the previous version from 2017.

The law, which also covers the broader category of civil society organizations, went into effect Aug. 22 after many amendments and much controversy.

The previous version was “catastrophic," Hafez Abu Saada, head of the Egyptian Organization for Human Rights, told Al-Monitor. "It greatly restricted NGO work. The new one is definitely better.”

He said, for example, that the new law allows associations to form by notifying one “appropriate administrative body.” The government hasn't decided which ministry that will be, but the process previously involved the ministries of interior, foreign affairs, and social solidarity, as well as National Intelligence, the Administrative Control Authority and the Egyptian Central Bank.

Another major change that has public figures and media who support the government singing the new law’s praises is that it removes custodial sentences for infractions, replacing prison sentences with fines.

But Mohamed Zaree, the Egypt program director at the Cairo Institute for Human Rights Studies, disagrees with those who back the new law.

“It’s like someone had a bad product and just repackaged it,” he told Al-Monitor.

He pointed out that authorities can still imprison people based on other laws, such as those stemming from the penal code and terror-related legislation, which are constantly used to criminalize the work of NGOs and human rights defenders.

“One act can be punishable by several laws; if one is dodged, the other sticks. This structure has been in place since the British occupation, only it’s gotten worse,” he said.

In addition, the fines can be hefty and if someone can't pay, they can then be imprisoned for three months under the criminal procedure law.

The new law imposes fines up to 1 million Egyptian pounds ($60,000) for a vaguely worded range of subjective violations, Zaree said. It prohibits NGOs from being involved in “political” work. It bars activities that infringe on national unity, "national security, public order [or] public morals."

“The language puts an NGO’s work constantly in a gray area. The state can decide [an action] is prohibited at any point,” Zaree said. “This applies to … any [freedom-related] laws in Egypt.”

Aya Hijazi, founder of Belady (My Country), an NGO for homeless children in Egypt, told Al-Monitor, “The law as a whole is written in a way that makes civil society seem as a malignant criminal element that should be fought, or at least curtailed.”

Hijazi, an American citizen, was imprisoned in 2014 for three years after opening Belady, where she provided classes in literacy, arts and recreation. After she was found innocent, she was released in 2017. Hijazi moved back to the United States, where she now works to secure the release of children held as political prisoners in Egypt.

“Civil society will bring freedoms and when people are free, they will want to choose a government that will represent them. And it’s not going to be the current one," she said.

A statement issued by 10 prominent Egyptian rights organizations, including the Arabic Network for Human Rights Information and the Association for the Freedom of Thought and Expression, denounced the bill when it was still pending in July. Among their concerns was how government can object to the decisions of NGOs without giving cause and without a judicial order, and how it can restrict foreign organizations. The 2019 law requires permission from the government to cooperate with foreign organizations, as was the case with the 2017 law.

Like its predecessor, the new law restricts how funds are received, demanding prior approval of all foreign funding and international grants.

“The state can therefore cripple any association by denying funding approval, and the bill doesn't require the state to provide reasons for its denial,” the statement said.

Furthermore, conducting field research or opinion polls and publishing their findings without government approval is forbidden, punishable by a fine of up to 500,000 pounds (about $30,000).

“We do not share any happiness over the new law,” Mozn Hassan, founder and executive director of Nazra for Feminist Studies, told Al-Monitor.

Nazra was one of the NGOs targeted by an investigation into NGO foreign funding that began in 2011. In June 2016, Hassan was barred from traveling, having been accused of “inciting and calling for the irresponsible liberation of women.” In January 2017, the group's assets were frozen. An appeal of both orders is still pending.

Nazra is the only NGO in the case with frozen assets, and the only one accused of tax evasion. “In fact, it is the only women's rights organization to have its assets frozen since the 1950s,” said Hassan.

Stressing that the punishment against her organization is tougher than that of nonregistered NGOs, Hassan believes the reason is that “the government found that we are doing serious work on issues like rape.”

Zaree explained that the state does not want the “headache” of civic associations. “In short, there are arbitrary terms to establish an organization. If one bypasses those, the state interferes in the everyday work of an NGO. If it pushes through, the state can fine and dissolve an NGO,” Zaree said.

On July 24, Human Rights Watch criticized the entire process of approving the law.

Parliament passed the 107-article bill after only one discussion session. Afterward, the bill was referred to the State Council, a judicial body that issues nonbinding legal reviews of legislation. The council sent its review back to parliament in less than a day. Parliament Speaker Ali Abdel Aal declared that he was personally “under pressure” to put the law in motion before Egypt’s Universal Periodic Review at the UN Human Rights Council, which is set to take place in November.

Moreover, the Human Rights Watch statement said, “The government seems to have finalized the draft law in early April but did not make the draft public, even after sending it to the parliament on June 26."

Zaree said, “The regime in Egypt wants to monopolize politics, and hates any form of assembly, no matter how local. Criticism of the smallest governing unit could snowball into criticizing the president. It aborts all attempts before they start." He added, “Any tyrannical regime is always fearful, so it closes up spaces of freedom." 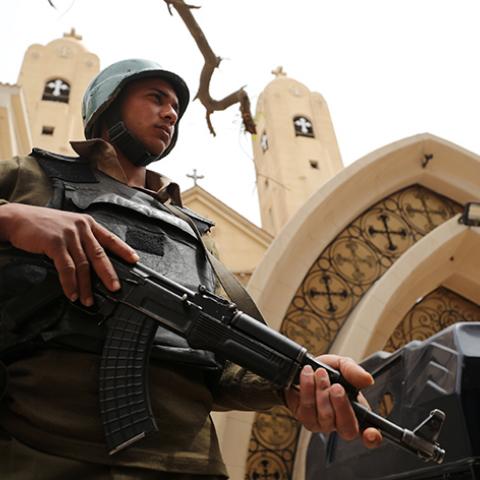