Why is Iraq now stripping Palestinians of their rights?

The Iraqi government passed a law depriving Palestinians in the country of their basic rights, which raised questions about the timing that coincided with growing US and Israeli pressure to stop funding the UNRWA. 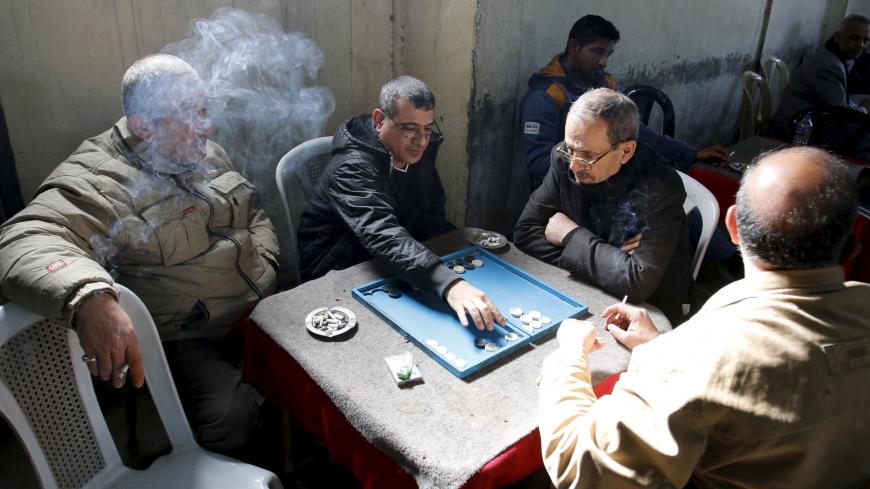 The Arabi21 news website revealed Dec. 20 that Iraqi President Fuad Masum had approved Law No. 76 of 2017, which stripped Palestinian refugees living in Iraq of their rights and classified them as foreigners. The law came into effect after being published in the Iraqi Gazette.

The new law replaced Law No. 202 of 2001, issued by former President Saddam Hussein, forcing the Iraqi state to treat Palestinians as equals to Iraqis, with all privileges and citizenship rights, such as tax exemption, opportunities to work in government departments, and access to education and health care services.

Mohammed Mshenesh, a Palestinian researcher on refugee affairs, told Al-Monitor, “The most important issue with the new law is that it replaces the previous one that stipulated treating Palestinians as Iraqis. This is why Palestinians are worried about the future of those in Iraq who were already marginalized regardless of the law protecting them, which has now been quashed.”

Mshenesh added, “The new law will deprive Palestinian engineers, doctors and teachers the ability to become members of Iraqi trade unions," thus preventing them from practicing these professions, "and whoever wants to start a commercial project will have to comply with the foreigners law, which requires the presence of an Iraqi sponsor and the approval of the Ministry of Labor and Social Affairs and the Ministry of Interior. This will increase the Palestinians’ suffering and push the few left to leave Iraq.”

Until the US invasion of Iraq in 2003, roughly 43,000 Palestinians resided in Iraq since they arrived as refugees in 1948; their numbers decreased as they were targeted, killed and hundreds were arrested by US forces. Thousands suffered from organized killings, expulsion and displacement at the hands of armed Shiite militias. There are no precise figures on the number of Palestinians residing in Iraq today, yet some estimate less than 4,000 remain, some of whom live among Iraqis while others reside in refugee camps.

The legal status of Palestinian refugees in Iraq is not clear. The Iraqi Ministry of Interior does not adopt specific instructions in this regard; it sometimes gives Palestinians a one-month residency, at other times a permit for two or three months.

Ihsan Adel, a legal adviser to the Euro-Mediterranean Human Rights Monitor, told Al-Monitor, “This new Iraqi law has a political background and it should have been the subject of discussion between the concerned authorities such as the Palestinian Authority and the United Nations. Palestinians have been in Iraq for decades, and their legal situation has been altered in virtue of policies adopted by successive governments.”

Adel noted, “However, they have suffered a setback since the ousting of Saddam in 2003. Iraqi governments have treated them as undesirable guests, claiming that Palestinians supported Saddam. The new law will have a harsh impact on them. They do not have Iraqi passports, but rather refugee travel documents that does not make it easy for them to travel.”

On Dec. 21, Al-Araby Al-Jadeed quoted a senior source in the Iraqi presidency's office on condition of anonymity as saying that the new law is inhumane to the Palestinians.

Palestinian Ambassador to Iraq Ahmad Akel told Al-Monitor, “We are confident that the Iraqi government will not change the situation of the Palestinian refugees, but we fear that the ministries will start treating them differently. On Jan. 2, I met with Iraqi parliament Speaker Salim al-Jabouri to clarify the situation.”

According to Akel, Jabouri had promised him to reach a legal arrangement so Palestinian refugees and Iraqis can be treated as equals in terms of rights and duties.

On Dec. 25, the Democratic Front for the Liberation of Palestine expressed its deepest regret that the law would deprive the Palestinians in Iraq of their human rights, especially of permanent residency, and wished Iraq would reconsider its repeal of Law No. 202 in order to spare Palestinians further harm.

Taysir Khaled, a member of the PLO Executive Committee, called Dec. 23 on the Iraqi parliament and government to withdraw their approval of the law because it represents a serious violation of the rights granted by the Iraqi government to Palestinians in Iraq 70 years ago. He also found it baffling for such a law to be issued in parallel with US and Israeli pressure to dissolve the UN Relief and Works Agency for Palestine Refugees (UNRWA) and to settle the refugee issue once and for all.

The legal status of Palestinian refugees in Iraq progressed between 1961 and 2001, when dozens of resolutions and laws dealing with their affairs were issued.

Issam Adwan, the head of Hamas’ Division of Refugee Affairs, told Al-Monitor, “The new law falls in line with the repressive circumstances suffered by the Palestinians in Iraq, because some Iraqi government parties have always accused them of supporting Saddam. In addition, they are marginalized because of their sect; those parties are against Sunni Muslims, especially since Iraq is known for its Shiite majority.”

Adwan added, “This law would have never seen the light if the PLO showed a strict stance in defense of the Palestinians’ rights. However, the PLO is not paying much attention to them, which could prompt us to resort to Iran since it has great influence in Iraq and could put an end to the new law.”

If the law were to be applied in early 2018, the number of Palestinians in Iraq would decrease even more; they would leave in search of safety, especially since they would be prevented from investing and deprived of employment in the private sector. The law would also prevent them from owning property or joining trade unions, and it would force them to pay full college tuition.

Thamer Mashineesh, the president of the Iraqi Palestinians Association, told Al-Monitor, “The Iraqi law ends the permanent residency of Palestinians in Iraq, so they are now required to renew their residency through consulting the official agencies. They could risk being expelled from Iraq if they were to commit any violation. This could threaten their rights to compulsory and university education, which evidently affects their education and gradually turns them into an ignorant community. In addition, all health care services would decline and they would be unable to pay for expensive surgeries, increasing their daily suffering.”

Majed al-Zeer, the head of the Palestinian Return Center in London, told Al-Monitor, “The new Iraqi law is a step backward in how Palestinians in Iraq are treated.” He said that he wants to meet with Iraqi Ambassador to the United Kingdom Salih Husain Ali to discuss the law, its effects and its impact on the situation of Palestinians in Iraq.

by Murielle KASPRZAK and Joseph SCHMID | AFP | May 26, 2022
END_OF_DOCUMENT_TOKEN_TO_BE_REPLACED