The wave of unrest in Iran is not only triggering the mobilization of the security services, but also the regime’s media producers. 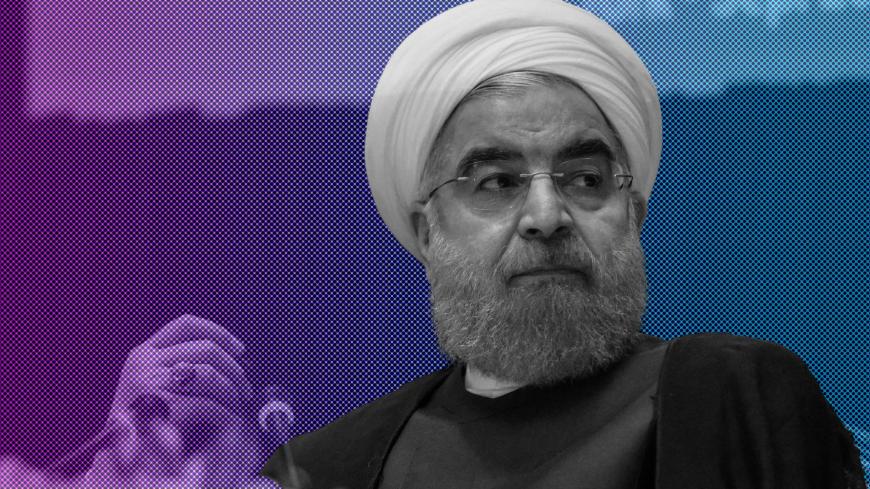 In a style typical of state television, a young interviewer stands on a sidewalk in a busy area and asks passersby their opinions about the recent outpouring of protests across Iran. A man in his 60s with tired eyes responds, “I have three children. They’re doctors and engineers. And all three are unemployed.” A veteran of the 1980-88 Iran-Iraq War, with a crowd standing around him, defiantly tells the interviewer, “I need medication for my injuries from the war, but my medicine isn’t covered, and I’m told to go buy it on the black market. Who can afford that? I have a condition in my back and at any moment I can be paralyzed. Who am I supposed to air my pain to?” In a sharply produced video by Avant TV, a new internet channel on the sophisticated Iranian media landscape, a steady stream of people relay that they can no longer make ends meet in Iran’s struggling economy.

The Avant TV video, released on social media five days after protests erupted in Iran, which have thus far spread to dozens of cities and almost every province, carefully stitches together an emotional array of interviews of people unhappy with the economic situation and President Hassan Rouhani’s policies. With scarce public information available about Avant TV, and with the great pains its producers have taken to present it as an independent station, the video is intended to appear to be transparent, a true representation of the will of the Iranian people. Glaringly absent from the video are any criticism of the political establishment as a whole, which has been one of the main themes of the current demonstrations.

Avant TV is in fact not independent at all. Al-Monitor has not been able to contact it, but two pro-regime media producers confirmed that it is only the latest example of a new media outlet backed by the Islamic Revolutionary Guard Corps (IRGC) seeking to reinforce the narrative of the supreme leader above the politics of Iran.

Like media outlets established in the aftermath of the Green Movement, which emerged after the disputed 2009 presidential elections, Avant TV stems from the media wars at the heart of political factionalism both inside and outside Iran. After the large-scale protests in 2009, regime media producers recognized that they faced a crisis of legitimacy. The director of one of the main channels of Islamic Republic of Iran Broadcasting (IRIB) told me in 2010, “We know we’ve lost a great deal of our audience to foreign satellite stations run by exiled Iranian communities. And our young people get their news and entertainment from social media outlets. State television is no longer the way. We need to figure out new ways to influence the narrative and bring the story back to our side.”

The tactic that producers developed was to move away from content solely made for state television — which potential audiences almost automatically consider regime propaganda — to creating small production studios that develop content not easily identifiable as pro-regime. These ad hoc production studios receive funding from the IRGC and the government's cultural budget, but they remain small and unidentifiable on purpose.

Avant TV launched on Dec. 12, just days after Rouhani revealed his budget for the next Iranian year (beginning in March) and publicly criticized “fraudulent institutions” for wreaking havoc on Iran’s economy. In a speech to parliament about his proposed budget bill on Dec. 10, Rouhani had taken specific aim at cultural institutions in the hands of hard-liners as well as long-standing budgets allocated to clerics. In essence, he criticized some of the very media and cultural institutions that have been instrumental in lambasting the Green Movement as a foreign plot and in turn attacking Rouhani himself.

In revealing new details of his budget bill, Rouhani named, for the first time, the variety of state institutions, including cultural centers, that have received enormous funds and unconditional support from the regime. He attributed the move to a desire for transparency and an attempt to curtail corrupt use of state funds. The reaction on Iranian social media and in the local press was quick and harsh. People began attacking conservative and hard-line centers and clerics for taking so much from government coffers.

“We couldn’t allow him to cut off our lifeline,” a producer at the regime production studios said after Rouhani revealed his new budget. “He and his supporters want to silence us by taking away our funding. But we will not be silenced. We will show him that people don’t agree with him.”

As Rouhani stated Dec. 10, “Twenty-five percent of the money market is in the hands of six fraudulent institutions. When they want, they interfere with the money market, the gold market, the real estate market.” He went on to say that he had met with the supreme leader to discuss how the lives of 3-4 million people are being ruined by the actions of these fraudulent institutions. He urged parliament not to be bullied by these vested interests, saying, “I’ve gotten pressure from all sides. You will not believe the pressure and letters I started to get from all different institutions of the state: ‘You’re making a mistake. Don’t go after these people and their organizations.’”

The protests that began on Dec. 28 in Mashhad were a response to Rouhani from hard-liners for his remarks on the budget as well as his other attempts to curtail hard-line forces. Much of the analysis on the reasons behind the sudden outpouring of protests points to its origin in hard-liners' attempts to organize anti-Rouhani rallies in the lead-up to the annual pro-regime 9 Dey rally, established by the supreme leader in 2009 to celebrate the suppression of the Green Movement. Indeed, Mashhad is notably home to two of Rouhani’s main rivals in the 2017 presidential elections, Ebrahim Raisi and Mohammad Bagher Ghalibaf. The intent was for the protests to culminate in a large 9 Dey rally, but despite the hard-liners’ intentions, once people went into the streets, they eventually began to chant slogans against the supreme leader and the regime as a whole.

The aforementioned producer and his colleagues quickly realized that they might once again lose control of the narrative if it continued in the direction it appeared to be headed. Regime production studios have thus begun to create videos that highlight economic anxieties and attack Rouhani’s handling of the government. These slick new productions are meant to look critical, but in the end, they reinforce a belief in the virtues and the leadership of the supreme leader, Ayatollah Ali Khamenei. Avant TV is only the latest example of the ways in which factionalism within the Islamic Republic and opposition to the regime play out in the media landscape.

As Rouhani said in his speech to parliament, “We will be lucky if we can govern in such an environment,” referring to the vast budget allocations set aside for unaccountable centers of powers. He added, “Even if we are successful, the next government will not be able to operate.”