Russia says it has increased security on its Khmeimim air base in Syria after a Dec. 31 attack on the base, one of the worst in the country's two-year involvement in the Syrian war. 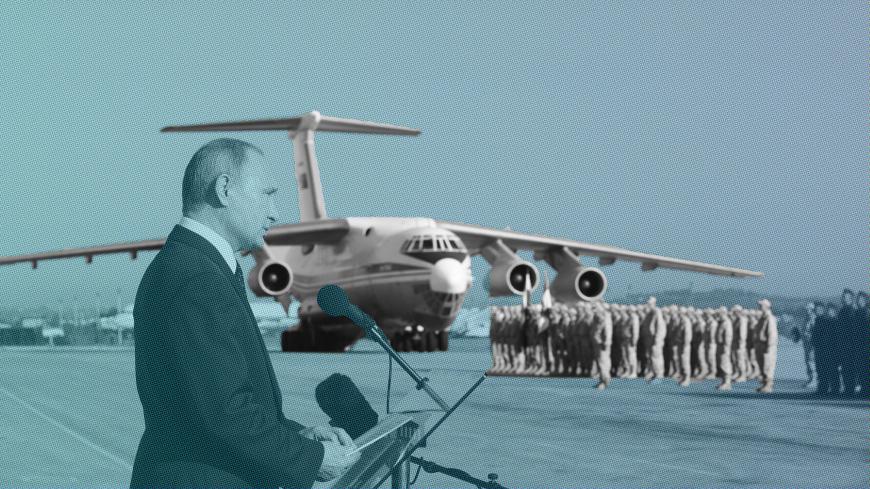 The last day of 2017 turned out to be one of the gloomiest for the Russian military in Syria. First, one of its helicopters crashed north of Hama due to a technical failure, killing two servicemen. Then, rumors spread that on Dec. 31 militants had shelled the Russian Khmeimim air base, which President Vladimir Putin and Syrian President Bashar al-Assad had visited about three weeks beforehand.

News of the attack wasn't reported until Jan. 3, when the authoritative Kommersant newspaper published a story saying two “political diplomatic sources” confirmed the air base had suffered one of its worst attacks during Russia's entire military campaign in Syria. According to the report, Islamist militants shelled the air base, allegedly destroying at least four Su-24 attack aircraft, two Su-35S multirole fighter aircraft and one An-72 transport aircraft, as well as an ammunition depot that detonated after it was hit by a missile. The report said that more than 10 servicemen were injured.

The Russian Defense Ministry on Jan. 4 denied that seven planes were destroyed, calling that part of the report “fake,” but acknowledged that two military personnel were killed in the attack.

During the four days it took Moscow to comment on the incident, numerous journalists found sources with differing stories, multiplying the number of theories about what happened at the key Russian military facility and sowing doubt about the accuracy of the official narrative. Moreover, subsequent days saw more reports of attacks or attempted attacks on Khmeimim air base: On Jan. 4, Russian anti-air defense systems downed two handmade drones over Latakia. That same day, an Il-76 heavy transport plane flying from Russia to Syria couldn’t land at the air base for undisclosed reasons and had to go back. On Jan. 6, the Russian air base reportedly was attacked yet again by small armed drones.

The official version from the Russian Defense Ministry reads, “On December 31, at nightfall, the [Khmeimim] airfield came under a sudden mortar fire from a mobile militant subversive group. Two military servicemen were killed in the shelling." However, the ministry added, "Russia’s air group in Syria is combat ready and continues to accomplish all its missions in full."

Franz Klintsevich, the deputy head of the Defense and Security Committee of the Russian Senate, argued that “foreign intelligence” was behind the Khmeimim attacks.

Some Russian military experts suggested the “mobile militant subversive group” mentioned by the Defense Ministry approached the base by car, coming as close as 2 miles carrying mobile 82 mm mortars. If that were the case, the attack should have lasted no more than a few minutes and the air defense systems wouldn’t have detected the mortar rockets due to their size (3.2 inches), which is smaller than that of unguided rockets. Others argued the attackers used 2B9 Vasilek (Cornflower) — an automatic 82 mm gun mortar. This type of weapon is easy to move as it fits into a van, can be loaded with cassettes for four shots each and used on repeat fire.

The Syrian army and different loyal militias provide security to the base. However, the base is difficult to secure because of the absence of a clear-cut front line, difficult terrain features, alleged corruption and the relative weakness of Syrian intelligence services. Besides, the attacks might not have been carried out by jihadis. As Syrian government forces, with the support of the Russian air power, continue their offensive against the opposition in de-escalation zones, it is possible that any rebel faction could be behind the incidents.

In most cases, journalists’ theories do not actually contradict the official narrative but rather complement it or interpret it differently.

According to Russian business news outlet RBC, militants shelled the base using mortars and multiple-launch rocket systems (MLRS). RBC cites its own source in the Defense Ministry as saying, "Defense of the base was duly organized: Rockets were downed by respective air defense systems, yet mortars are almost impossible to tackle.” The source mentioned the fire came from the “zone under control of the Syrians” and said one helicopter and a Su-24 aircraft were damaged.

“You aren’t always ready when they shoot you in the back,” he added.

Hypothetically, the extended coverage range of the BM-21 Grad MLRS is able to reach Khmeimim from such settlements as Nahr al-Bared (about 22 miles away) and Qalaat al-Madiq (25 miles away) in Hama province.

Roman Saponkov, a Russian military correspondent, posted images allegedly showing the damage at Khmeimim, suggesting six Su-24 aircraft were hit as well as one Su-35S, one An-72, one An-30 spy plane and one Mi-8 helicopter. According to him, the Russian military didn’t know the militants had “achieved a new technological level” and could reach the base, thus insinuating the attackers had “foreign backup."

Alternative theories propelled by liberal media insinuate the base was not attacked Dec. 31 and that the ammunition depot might have been accidentally detonated by New Year's celebrations in Latakia. This could in part explain why no group has yet claimed responsibility for the Khmeimim attacks. Opposition media outlets report the Latakia province saw some shooting on that night resulting in a number of civilian injuries and one death, yet local residents did not confirm any serious blasts.

On specialized online forums, some commenters — allegedly retired Russian military personnel — speculate that only two aircraft were damaged as a result of the night attack by mortar fire and homemade drones. The tail unit of one jet, according to them, was damaged not by a mortar, but by a crash with a car that happened during the confusion of the shelling.

Proponents of all theories seem to share a view that the government might have leaked some initial details of the story as Moscow wanted it presented, and chose Kommersant specifically because the paper is known for its quality and reliability, so the account would not be questioned. But once Kommersant fleshed out more details, and so many contradictions surfaced, the Defense Ministry might have turned to Sputnik to say some of the Kommersant story was fake. The ministry's "alternative facts," however, didn't strike many as being terribly credible.

Some pro-government Russian experts insist that no opposition group claimed responsibility for the attack because they fear the Russian military will take revenge. Yet previously, the opposition hasn't been afraid to "sign" the missiles they launched toward Syrian government forces in Latakia, saying in reference to peace talks in Russia and Kazakhstan, “Neither Astana nor Sochi, we are for Hama," and "Sochi is yours, Hama is ours."

The experts also deny the attacks might have been a provocation by pro-Assad forces, though the Syrian opposition suggests that might have been the case. Ayman al-Asami, a member of the delegation of the Syrian Revolutionary Forces to the Astana peace talks, said the Khmeimim base was shelled from the Bustan al-Basha settlement in Latakia by the pro-Iranian group Imam al-Murtada to block Moscow-led initiatives on the political settlement of the Syrian conflict. Another opposition media outlet shared a document — allegedly issued by Syrian intelligence — that orders an investigation of the attacks delivered from Bustan al-Basha, which is under the control of the pro-government militia the National Defense Forces.

Moscow declared that from now on the base will be better guarded. But the Russian military long ago should have taken measures such as spreading its aircraft across the base and mounting reinforced-concrete shelters that could protect the aircraft, ammunition and fuel from mortar shelling and missile and bombing raids. Most importantly, however, instead of just increasing the fighting in de-escalation zones, Russia should take the appropriate political steps to support the cease-fire and increase pressure on its allies in Damascus and Tehran.