Saudis fail at their own conspiracy

The fiasco surrounding the death of former Yemeni President Ali Abdullah Saleh shows how Washington needs to help Saudi Arabia end the war on its neighbor. 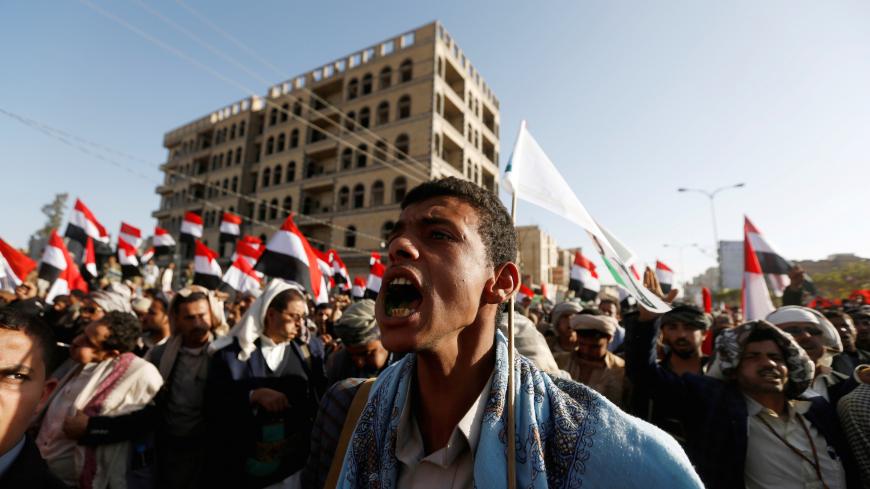 Saudi Arabia sought to divide the uneasy alliance between the Houthi rebels and former President Ali Abdullah Saleh for months. But when the 75-year-old Saleh moved against his onetime ally, the Saudis had no plan to assist him against the Houthis or to exploit the breakup. The outcome leaves Riyadh even more tied down in an expensive quagmire and raises more questions about the Saudi leadership.

The Houthi-Saleh alliance was always a tense and unlikely accommodation to temporarily shared interests. While he was president, Saleh fought a series of largely unsuccessful military campaigns against the Houthis. The Saudis provided assistance to Saleh. When Saleh was removed from the presidency in favor of his deputy Abed Rabbo Mansour Hadi after an unsuccessful attempt to assassinate Saleh, the Houthis and Saleh began cautiously to cooperate together. At first their conspiracy was clandestine, but after the Houthis seized Sanaa, the allies came out of the closet.

For at least the last year, the Saudis have been trying to persuade Saleh to abandon the Houthis and flip sides. In October, the Saudi media reported that the Saudi coalition had allowed a Russian medical team to travel to Sanaa to perform a life-saving operation on Saleh, presumably linked to wounds suffered in the previous assassination attempt. It was a very open signal of Saudi interest for Saleh to jump ship. The Houthis certainly noticed and intensified their long-standing efforts to weaken support for the ex-president in the capital and the rest of northern Yemen.

Last week Saleh made his move and denounced the Houthis as Iranian agents, offered to turn “a new page” with the Saudi coalition and portrayed himself as the defender of Arabism. Bloody street battles rocked Sanaa. But Saleh had no support elsewhere in northern Yemen and the Houthis quickly gained the upper hand in the capital. Saleh died Dec. 4 apparently trying to escape from the city.

Aside from a few bombing missions by the Royal Saudi Air Force, the coalition did nothing to assist Saleh’s loyalists. Hadi announced that the pro-Saudi forces he has nominal control over would advance on Sanaa only after Saleh was dead. They have yet to even try.

At a minimum, Saudi and coalition intelligence seems to have been caught off guard by the balance of power in the rebel-held north. Presumably they expected Saleh to do better. Or they just didn’t do their homework. Since the removal of Mohammed bin Nayef as crown prince this year, the security services have been less effective. But any intelligence lapses pale in comparison with the larger policy failures.

The Saudi conspiracy lacked a strategy for implementing it once Saleh flipped. There was no concrete plan to assist him and his loyalists. It is as misguided as the original decision to enter the war 2½ years ago when Saudi Defense Minister Prince Mohammed bin Salman promised a quick Decisive Storm operation would defeat the Houthis, Saleh and the Iranians.

The Houthis called Saleh’s death historic and have appealed to his followers to remain in the rebellion and fight the Saudi coalition and Hadi. It’s too soon to say how solid their grip on Sanaa and the north will be, but they have decisively won the first round. They have a strong nationalist message; most Yemenis despise their rich Gulf neighbors.

Saleh ruled Yemen for 34 years. He was the architect of the unification of the country in 1990. He flirted with stabbing the Saudis in the back that same year when Iraq invaded Kuwait. He foiled a Saudi plot to remove him in 1994. He was a master of playing a weak hand to outmaneuver stronger states. But he was fooled into his own undoing, ironically, by listening to the Saudis.

The war in Yemen is costing Riyadh about $5 billion a month. It is a humanitarian catastrophe for the Yemeni people. The Saleh fiasco demonstrates that the Saudi coalition is flailing without a way out. The only winner is Iran. Washington needs to help Riyadh find a way out of the quagmire.