Why did Saudi Arabia save Yemen's ex-president again?

Saudi Arabia has once again rushed to the aid of Yemen's ailing ex-president, Ali Abdullah Saleh, leaving many wondering why the kingdom continues to back the ineffective leader. 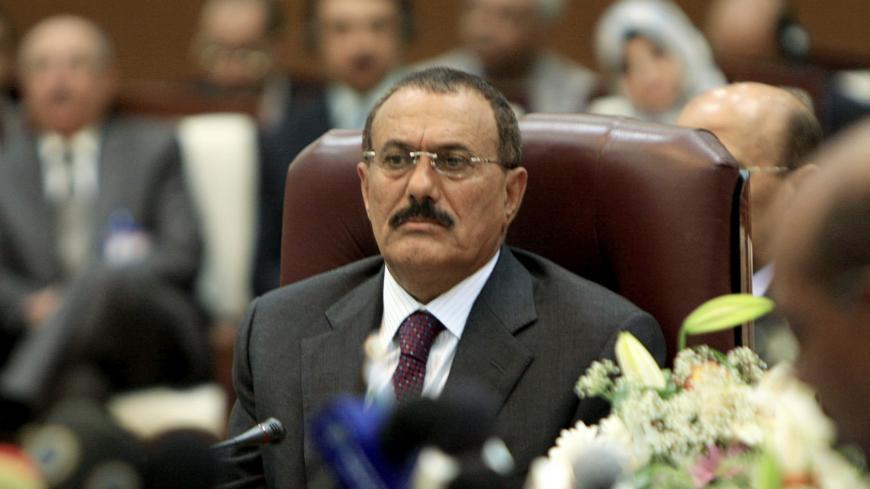 The Saudis are increasingly desperate to find a way out of the Yemeni quagmire. They apparently believe Yemen's ex-dictator, their longtime enemy Ali Abdullah Saleh, can help.

A Russian medical team flew into Sanaa on Oct. 11 with the approval of the Saudis, who control Yemeni airspace. The Russian surgeons then performed a life-saving procedure on the 75-year-old Saleh. Some reports say the surgery took place at the Russian Embassy in the capital. Saleh's exact health issue is unclear, but it apparently is a result of the severe burns and other injuries he suffered during an assassination attempt in 2011. At the time, the Saudis rushed him to a hospital in the kingdom, where his life was saved. He formally gave up the presidency the next year.

During his 34 years as Yemen's president, Saleh clashed repeatedly with the Saudis. In 1990, Yemen tilted toward supporting Iraq in the Kuwait crisis. The Saudis expelled a million Yemeni guest workers to punish Saleh and bring down the Yemeni economy. In 1994, Riyadh backed the south Yemeni secessionists with military and diplomatic support, hoping to split the country in two. Their machinations failed, leaving Saleh in office and the royal family humiliated. They finally eased him out of office in 2014 to be replaced by his deputy.

The United Nations Security Council has sanctioned Saleh for failing to abide by the terms of his dismissal from office — sanctions the Saudis supported and lobbied for. By some accounts, Saleh has hidden in foreign accounts tens of billions of dollars he looted from the Yemeni economy during his misrule of the country. The UN imposed a global travel ban on Saleh and sought to seize his assets.

After the Russian doctors saved Saleh, the Saudi press reported, "Saudi-led coalition intervenes to save seriously ill Saleh's life!" The reports noted that this is the second time Riyadh saved Saleh from his injuries. No explanation for why Riyadh wanted Saleh to live was offered. Nor was the permission to fly into Sanaa, breaking the Saudi blockade of Yemen, put into a larger context.

Most likely the Saudis are hoping to break the rebel alliance between Saleh and the Houthis, which has been fraying this year. The Saudi war effort is costly and contributing to the flatlining of the Saudi economy. It is unpopular in the West. The battlefield is a brutal stalemate that has produced the worst humanitarian catastrophe in the world. If the rebels split, perhaps the Saudis and their partners can prevail against the Houthis.

Both King Salman bin Abdul-Aziz Al Saud and his son, Crown Prince Mohammed bin Salman, have their prestige heavily invested in this war. They rushed into it precipitously 2½ years ago. They feared Iran was taking control of Yemen via the Houthis and creating an Iranian bridgehead on the Arabian Peninsula. The irony of saving Saleh to find a way out of the mess is rich.

Salman was in Moscow earlier this month for an unprecedented state visit to Russia. President Vladimir Putin provided a very positive reception, and Russian media extensively promoted the visit. Old promises of arms sales were dusted off and recycled.

It is reasonable to assume that the king and Putin discussed the Yemeni imbroglio. Russia has been openly critical of the UN's approach to the conflict, which Moscow rightly says is too friendly to the Saudi argument and insufficiently even-handed. Moscow was the only Security Council member to abstain from the council vote to back the Saudi coalition two years ago. It has maintained its embassy in Sanaa despite the Saudi blockade.

The Russians worked with Saleh during his decades in power. He was then a master of playing geopolitics from a weak hand. It was the demise of the Soviet Union in 1990 that set the stage for his greatest triumph, the peaceful union of Yemen's north with the former Soviet communist client state in the south, called the People's Democratic Republic of Yemen. Russia lost its naval base in Aden as a consequence.

The Russians may hope that helping the Saudis in Yemen and working with Saleh to resolve the war will increase the perception that Russian influence in the Arab world is reviving. Their intervention in Syria has gained much attention. Reluctantly the Saudis are accepting that Russian support for Bashar al-Assad has trumped their support for his Sunni enemies, despite billions from the Saudi intelligence services. So using Russian doctors to save Saleh may be the ticket to success in Yemen.

But Saleh is a declining player. The Houthis have systematically taken control of his bases and loyalists this year, as tensions with their putative partner grew. Now some Houthi leaders are calling for the rebellion to take control of his money to rebuild the economy. With his health deteriorating, the ultimate survivor of modern Yemeni politics is unlikely to be the Houthis' undoing. There may be no way out for the kingdom except to acknowledge Houthi control of north Yemen.