Moscow appears to be making some tentative steps for a deeper engagement in the Yemen war. 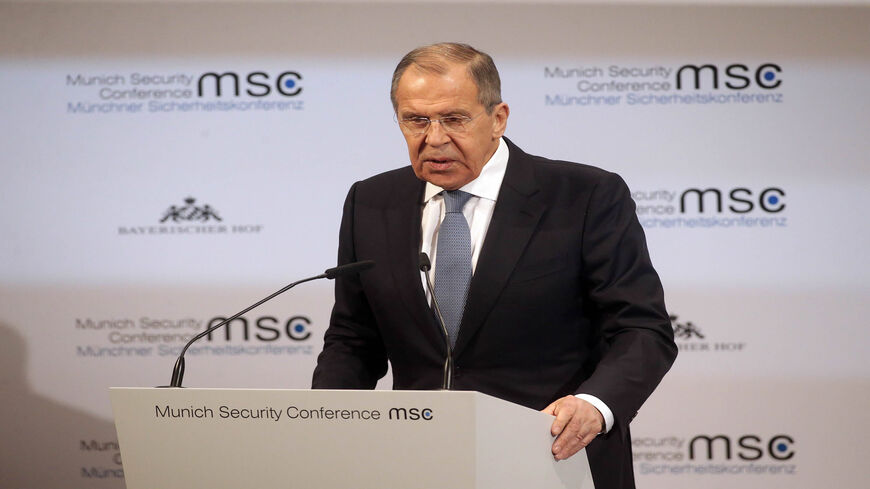 The Russian Black Sea resort city of Sochi hosted talks May 26 between Russian Foreign Minister Sergey Lavrov and his Yemeni counterpart, Ahmed Awad Bin Mubarak, who was in Russia on a work visit.

The main topic of the agenda of the talks was the military, political and humanitarian situation in Yemen, where for over six years the armed confrontation between the Houthis and the army of the official Yemeni authorities — headed by President Abed Rabbo Mansour Hadi — has continued. The Houthis, also know as the Ansar Allah movement, are supported by Iran, while Hadi’s forces have been receiving military assistance from Saudi Arabia and a number of other Arab states.

Russia believes that the long-term stability of Yemen requires a complete cessation of hostilities and a negotiated solution to the existing problems. During the Sochi talks, Moscow emphasized the need to launch a broad national dialogue whereby the approaches and concerns of all the leading political forces in Yemen will be taken into account.

It is significant that the topic of resolving the Yemeni conflict prevailed at the Russian-Yemeni talks over issues of bilateral relations. And this indicates Moscow is likely making some tentative steps for a deeper engagement in the Yemen war.

Unlike the Syrian and Libyan conflicts, the topic of a Yemeni settlement has always remained in the shadow of Russia’s Middle East policy. At the same time, Moscow continued to maintain contacts with all parties at war in Yemen and demonstrated its readiness to become more actively involved in the peacekeeping process in this country.

But what’s behind the timing of this push? New factors have emerged that increased the Kremlin's interest in Yemeni affairs. The Syrian crisis has reached a dead end, and although the Russian side has solved most of the tasks set for itself in Syria, it is becoming increasingly difficult to extract international dividends from participation in this conflict. This also applies to Libya, where after the cease-fire and the formation of a new Government of National Unity, Moscow's positions have weakened somewhat. The participants in the Libyan conflict — both external and internal — now have a reduced interest in attracting Russia as an allied force. Against this background, Moscow needs to continue to emphasize its importance in Middle East affairs, showing that it has not yet said its last word and is ready to offer its services not only as a mediator, but also as a participant in settling other Middle East crises.

Throughout the Yemen conflict, Russia has tried to remain equidistant from its participants. Moscow was interested in developing relations with Saudi Arabia and the United Arab Emirates (UAE), in connection with which Russia distanced itself from open support for Iran, which provided assistance to Ansar Allah.

Despite the allied relations between Iran and the Russian Federation on the Syrian track, no such alignment of positions was observed during the Yemeni conflict. Moscow at a certain stage was more sympathetic to the opponents of the anti-Houthi coalition — led by Saudi Arabia and the UAE — but ex-president of Yemen and head of the General People's Congress party Ali Abdullah Saleh, who was an ally of the Houthis, was considered Moscow's "favorite.” The Russian side believed that the peace process could be launched around this figure.

However, after a conflict broke out between Saleh and the Houthis, and Saleh himself was killed by the Houthis in December 2017, Moscow began to distance itself from the latter. In particular, at that time the Russian Embassy in Sanaa was closed. (Russia maintained contact with both parties to the conflict through its mission in Riyadh, where the Russian ambassador to Yemen was located, and in Sanaa, where the charge d'affaires was located.) In addition, the head of the Russian Foreign Ministry, after the assassination of Saleh, said that the Houthis were "radicalized." Nevertheless, the Russian side still maintains relations with the Houthis and is ready to host meetings with the group in Russia if the need arises.

In turn, in talks with his Yemeni counterpart, Lavrov raised the topic of the humanitarian catastrophe in the country caused by the external isolation of those regions of Yemen held by the Houthis. The head of the Russian Foreign Ministry noted the need to lift the sea, land and air blockade of the territory of Yemen, as well as to take other urgent practical steps to provide assistance to the civilian population, regardless of who controls certain areas of the country. He emphasized that Russia will continue to assist in every possible way in a comprehensive solution to the numerous problems that Yemen is facing today and the consequences of which are to a large extent felt by the neighboring states.

At the talks between Lavrov and Mubarak, they also discussed foreign military bases in Yemen. The head of the Ministry of Foreign Affairs of Yemen, in an interview with RIA Novosti, denied information about the existence of any agreements with the internationally recognized government of Yemen on the establishment of permanent foreign military bases on the territory of the country, in particular, the base of the Emirati air force.

“Such agreements must be approved by the Yemeni parliament. These are questions of the country's sovereignty. We adhere to one main principle: all Yemeni land, water and sky are its main values, neither side can refuse this. Therefore there is no agreement signed with someone regarding the creation of a military base on the territory of Yemen," the foreign minister said. He also called reports of alleged Israeli military installations located on Socotra Island “fictional.”

Such statements were important primarily because Russia may continue to show interest in establishing its own military bases in Yemen. Earlier, in 2016 prior to his death, ex-president Saleh indicated to Moscow that he was ready to support the Russian military presence in the country. Given the fact that the situation around the Russian base in Port Sudan has not been fully clarified and the final decision on the Sudanese side has not been announced, Moscow may have in mind Yemen as an alternative location for its naval base in the Red Sea and Indian Ocean. Therefore, it is likely that the Yemeni representatives made it clear that the presence of Emirati troops and military facilities in Yemen is a temporary phenomenon, and if an appropriate decision is made, Russian troops may appear at these bases instead of the Emirati military.

During the Soviet era, the possibility of creating a naval base on the island of Socotra, where the Soviet navy conducted military exercises with the participation of the marines, was considered. However, the base was never created since there was already a fully equipped permanent base of the Soviet fleet on the Dahlak archipelago, in Ethiopia (now Eritrea), nearby. In 2009, it was again announced that Moscow intended to create a naval base on Socotra, but the events of the Arab Spring thwarted these plans.

Russia would also like to restore military-technical cooperation with Yemen, which was interrupted by the civil war in that country. In 2010, Yemen announced its readiness to purchase military equipment from Russia for a total of more than $1 billion, including up to 30 MiG-29 SMT fighters, Mi-35 and Ka-52 attack helicopters, and military transport helicopters of the Mi type -17, T-72M1 tanks, Kornet-E anti-tank systems, Smerch multiple launch rocket systems and BMP-3 infantry fighting vehicles.

In 2013-14, after the revolution in the country, plans for such purchases were confirmed by the new Yemeni leadership. By that time, Rosoboronexport, the sole state-owned agency for exporting military equipment, expected to complete the order by the end of 2021. However, due to the arms embargo in effect since 2015, these contracts were frozen.

Russia has maintained a trusting relationship with the Houthis, while at the same time preserving a high level of contact with both the internationally recognized government of Yemen (under Hadi) and with the Southern Transitional Council, whose representatives also visited Moscow. They could use these platforms for organizing contacts between various parties to the conflict and their individual representatives. In addition, in resolving the Yemeni crisis, the interests of Russia and the United States may coincide, and both states are able to act in the same direction for an early settlement of the Yemeni crisis and overcoming the humanitarian catastrophe in this country.