Saudi Arabia is eager to put an end to the Yemeni conflict, and Russian mediation is looking like its best option. 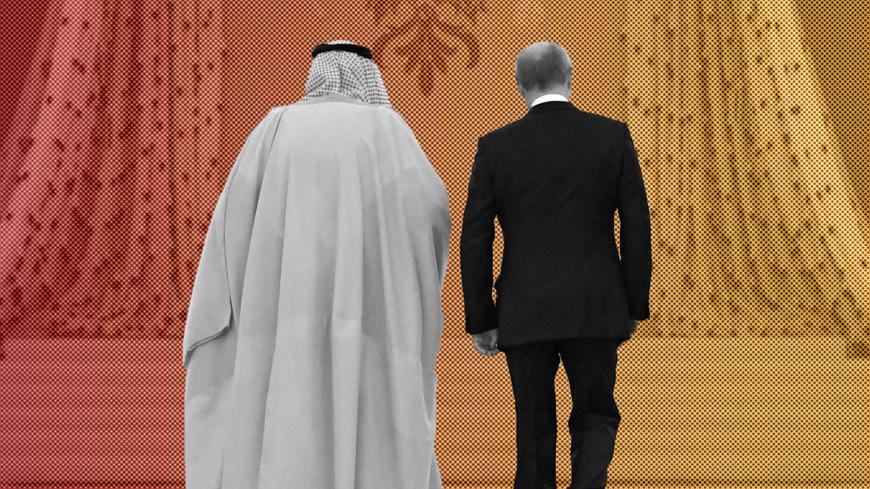 Moscow has been involved on multiple levels in the Syrian conflict, has been active in the Libyan settlement and has taken what looks like a pragmatic stance regarding regional spats, including the latest between Qatar and Saudi Arabia. Yemen, however — though it does register on Moscow’s diplomatic radar — has not so far warranted proactive Russian efforts.

Iran backs a coalition formed by Yemen’s Houthi Shiites (Ansar Allah) and loyalists (the General People’s Congress) of former President Ali Abdullah Saleh. Saudi Arabia backs the other side, the government of Abed Rabbo Mansour Hadi, who is widely referred to as the “internationally recognized but domestically opposed” current president.

The Saudi and United Arab Emirates-led military operation in Yemen has stalled, with no strategic successes since fall 2015 after the Saudi coalition forces seized Aden and parts of Taiz province. The UAE is believed to be more interested in combating the Muslim Brotherhood-affiliated Al-Islah (a Saudi ally in Yemen) than the Saleh-Houthi alliance. Given the two countries’ growing differences over Yemen, the coalition’s prospects for military success look dim.

The Yemeni nation is increasingly divided along all the fault lines. Apart from the fragmentation, the country faces groups like al-Qaeda in the Arabian Peninsula, which holds sway over large swaths of territory, as well as various semi-independent factions and tribal militiamen.

To top it off, Yemen is teetering on the brink of a humanitarian catastrophe. In 2016, the hostilities claimed the lives of more than 10,000 people, including 1,340 children. Despite being backed by the United States and Britain, Riyadh finds it increasingly difficult to withstand UN criticism of its “grave violations” of human rights against children. The UN said last week it might blacklist the Saudi-UAE coalition.

Russia seems the logical choice to solve the Yemen crisis. In their turn, Oman and Kuwait — Gulf Cooperation Council members that are not directly involved in the conflict and could act as third-party mediators — have actually exhausted their potential to settle the Yemeni dispute. Speaking not for attribution, a Russian diplomat serving in a Gulf monarchy told Al-Monitor that Kuwait, which hosted the latest round of Yemeni negotiations, sought to raise its “peacekeeper” profile, only for its reputation to pay a heavy price for the failed initiative. As of now, Kuwaiti Prime Minister Sheikh Jaber Al-Mubarak Al-Hamad Al-Sabah has told his General Assembly that the country would be ready to host intra-Yemeni talks again only if a cease-fire is signed — an understandable attempt to shield itself from more hits to its image.

As for Oman, the sultanate had a tense relationship with Hadi and his Saudi backers from the very day the Omanis blocked Hadi’s fleeing entourage from crossing the Omani-Yemeni border. The incident must be what prompted Yemen to turn to Kuwait rather than Oman. The Yemeni government subsequently accused Oman, which had previously hosted several rounds of consultations, of facilitating weapons smuggling to the Houthis.

Although 2016, the last year of US President Barack Obama’s term, saw US attempts to activate its peacekeeper role in Yemen, President Donald Trump’s administration has virtually thwarted the efforts by adopting a clear pro-Saudi stance on the conflict. Specifically, US Defense Secretary James Mattis even urged deeper military support against the Iran-backed Houthis. Despite the Pentagon’s initiatives being rejected out of hand by the White House, Washington did lift restrictions on arms sales to Saudi Arabia.

Thus, Riyadh is desperately searching for mediators to resolve the Yemeni conflict. The situation throws the door open for Russia.

Earlier, Moscow was keen to deflect attention away from the Syrian conflict and encouraged Gulf monarchies instead to focus on the Yemeni crisis and assist Hadi. The deeper the Gulf states became enmeshed in the Yemeni conflict, the fewer incentives and resources they had to support the Syrian opposition. Nowadays, though, that approach has become largely irrelevant, given the start of the Syrian peace process. Moreover, Moscow has yet another opportunity to gain credibility and leverage in the Middle East.

Ever since the Yemen crisis arose, Moscow has sought to maintain relations with all parties involved, and it has pursued a flexible policy that allowed it to stay abreast of developments.

In particular, since Hadi was forced to flee Yemen, Russia has maintained state-to-state relations through his administration. Notably, the Russian media refers to Houthi fighters as “insurgents” or “rebels,” implying the legitimacy of the Yemeni president. In November, Russian Ambassador to Yemen Vladimir Dedushkin, who sustained communication channels with the Hadi administration in Moscow, moved to Riyadh.

His departure could be accounted for by the need to intensify contacts with exiled Yemeni authorities. Also, Hadi-supported Ahmed Salem Al-Wahishi presented his credentials to the Russian Foreign Ministry and was formally recognized as Yemen’s ambassador to Russia. It became a milestone in the development of bilateral ties: Al-Wahishi was the fourth candidate proposed by Hadi in the past year; Moscow rejected the previous three. The Saudis’ active lobbying must have contributed to the decision.

Meanwhile, Russia has also managed to sustain ties with the other side: the alliance between the Houthi-led Ansar Allah movement and Saleh's General People’s Congress. The parties historically were rivals in Yemen, but later formed an alliance.

Their divisive background still makes itself known, however. Tensions have escalated and could degenerate into an armed conflict. But so far, it appears the situation might prompt both factions to embrace compromise and consider peaceful initiatives more willingly — especially Russian ones. Another factor to be considered is Ansar Allah’s disillusion with Tehran’s policies. The Houthis believe Iran is resorting to speculative statements about Yemen to bolster its own status. Many experts also conclude that Iran’s role in supporting the Saleh-Houthi alliance is seriously exaggerated. Therefore, Tehran will have fewer opportunities to exert a destructive influence on the peace process.

Russia’s plans to build trust and confidence with the Houthis and Saleh have come to fruition. Since Hadi fled to Saudi Arabia, Russia has become the only major player to preserve its limited diplomatic presence in the capital Sanaa. The relations with the Supreme Political Council formed by the Saleh-Houthi alliance and their Government of National Salvation are maintained on the level of the charge d'affaires. However, the diplomatic representation was downgraded in November 2016 following the departure of Minister-Counselor Oleg Dremov and the appointment of Andrey Chernovol as senior counselor.

Russian diplomacy is keeping an eye on other potentially legitimate political actors in Yemen. For example, Haidar Abu Bakr al-Attas, now counselor to Hadi, is a former statesman of the National Democratic Republic of Yemen and leader of the Socialist Party, with a strong grip on the southern regions. Attas visited Moscow in January. Russia also may have contacts with other politicians from the south backed by the UAE. The majority of those were linked to the Marxist party and Yemen’s military, which had strong ties with the Soviet Union. Many of them graduated from Soviet universities.

Thus, the Russian Federation has the potential to play the leading role in Yemen’s national reconciliation. A number of factors, including the military operations on the ground and the balance of forces in the Middle East, could facilitate the process.