Oman's strategy of constructive engagement with the Houthis has been met with pushback from Saudi Arabia and the UAE. 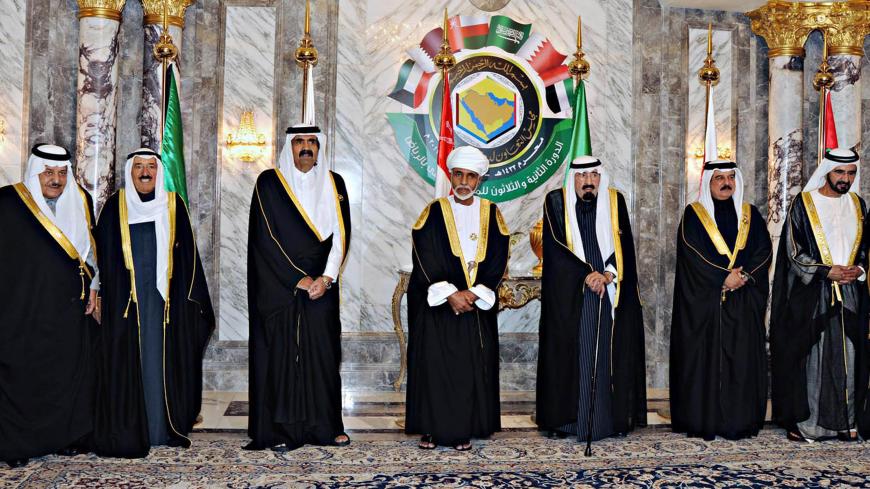 On March 31, the UN special envoy to Yemen, Martin Griffiths, met in Muscat with the chief Houthi negotiator, Mohammed Abdulsalam. They discussed ways to facilitate the implementation of the Stockholm agreement for peace in Yemen. While these negotiations were largely inconsequential, they highlighted Oman’s rising profile as a diplomatic arbiter in Yemen, as they occurred a month after British Foreign Secretary Jeremy Hunt held a rare meeting with Abdulsalam in Muscat.

Since the start of the Saudi Arabia-led military intervention in Yemen in March 2015, Oman has attempted to position itself as a critical mediator in the conflict. Unlike its Gulf Cooperation Council (GCC) counterparts, Oman has consistently maintained a position of neutrality in Yemen, and questioned the feasibility of the Arab coalition’s efforts to subdue the Houthis through force alone. In order to burnish its credentials as a mediator, Oman has pursued a strategy of constructive engagement with the Houthis.

This policy has reaped fruit, as Oman has successfully negotiated the release of numerous detainees held in Houthi prisons, supported UN cease-fire efforts in Hodeidah by hosting parallel intra-Yemeni dialogue sessions, and helped the United States evacuate its embassy in Sanaa after the Houthi coup d’etat. In lieu of these successes, Oman is hoping to convince the Houthis to end their occupation of Hodeidah, as the Stockholm agreement requires, and play a central role in Griffiths’ ambitions of securing peace in Yemen. In addition, Oman has been feted as an effective mediator between warring factions in Yemen by numerous prominent analysts, including former US ambassador to Tunisia, Gordon Gray, and Hakim Almasmari, the editor-in-chief of the Yemen Post.

In spite of these optimistic assessments of Oman’s diplomatic role, Muscat’s mediation gambit has received a mixed reception in Yemen and the GCC. Among Yemeni factions, the Houthis and numerous members of Yemeni President Abed Rabbo Mansour Hadi’s coalition have supported Oman’s arbitration efforts, while the Southern Transitional Council (STC) views Muscat’s involvement with less enthusiasm. Saudi Arabia and the United Arab Emirates share the STC’s reticence about Oman’s mediation efforts, as both countries view Muscat’s intentions with suspicion, due to its close relationship with Iran and alleged transfers of arms to the Houthis. These polarizations could undermine Oman’s mediation ambitions in Yemen and reduce the credibility of Muscat’s purported mission of promoting “understanding, stability and overcoming differences” in dialogue with its neighbors.

As Oman has maintained normalized relations with the Houthis since the start of the war and supported the eventual transformation of the Houthis into a legitimate political party, the Houthis are the leading advocates for the expansion of Muscat’s diplomatic role in Yemen. These positive perceptions of Oman were further entrenched in early 2018, as Muscat’s diplomatic efforts helped prevent loyal supporters of Ali Abdullah Saleh’s General People’s Congress party from engaging in open conflict with the Houthis, after the former president’s assassination. The trust that the Houthis place in Oman is exemplified by the insistence of senior Houthi officials on using Omani planes for diplomatic purposes and Muscat’s acceptance of Houthis requiring medical treatment.

Oman is also viewed as an effective mediator by senior figures in Hadi’s coalition. Yemeni journalist Mareb al-Ward told Al-Monitor that Hadi-aligned diplomats view Oman as a helpful “assistant” to UN-backed peace talks, because of its consistent track record of successful negotiations with the Houthis. According to Ward, Oman’s cordial relationship with senior Houthi officials does not concern Hadi’s allies, because Muscat believes the Houthi seizure of Sanaa was an illegal action. In Ward’s view, the refusal of Hadi’s inner circle to condemn Oman’s alleged role in facilitating Iranian arms transfers to the Houthis indicates that Hadi’s government is receptive to Oman’s mediation initiatives.

While Oman’s mediation ambitions are supported by the Houthis and Hadi’s government, Muscat might struggle to win over supporters of the UAE-aligned STC. According to Ward, Oman is not sympathetic to the cause of south Yemeni independence, because Muscat fears that a UAE-aligned state on its borders will leave it “trapped and narrowed in its border area.”

Meanwhile, Summer Ahmed, an analyst who works closely with the Southern Movement, presented a more optimistic view of STC-Oman relations. Ahmed told Al-Monitor that she is confident that Oman could eventually accept south Yemeni independence as the most effective antidote against instability on its borders, but she also criticized Oman’s decision to host Qatar-aligned figures inflaming instability in the Shabwah region.

Growing tensions between Oman and the Saudi Arabia-UAE alliance could also dilute the effectiveness of Muscat’s mediation ambitions in Yemen. Omani academic Abdullah Baabood told Al-Monitor that Saudi Arabia and the UAE could undermine Oman’s mediation aspirations, as they distrust Muscat for its partnerships with Qatar and Iran. As several of Yemen’s principal warring parties are beholden to Riyadh and Abu Dhabi for support, Baabood fears that these anti-Oman sentiments could restrict the ability of Yemeni political factions to participate in Muscat-brokered peace negotiations.

Although the Saudi-owned daily al-Hayat played a key role in popularizing Oman’s alleged involvement in transferring weapons to the Houthis, publicly exposed tensions between Oman and the UAE on Yemen arguably surpass the gripes Muscat has with Riyadh. On Feb. 19, Oman’s Foreign Minister Yusuf bin Alawi admitted that Oman disagreed with the UAE’s Yemen policy, because Muscat does not “push forward and cause wars and disputes.” Abdulsalam Mohammed, the director of the Abaad Center for Studies in Sanaa, told Al-Monitor that Oman held joint military drills with Britain in October 2018 to signal its opposition to the UAE’s military activities near al-Mahra and disdain for Abu Dhabi’s perceived obstruction of peace in Yemen.

Although Oman has potentially laid the foundations for constructive intra-Yemeni dialogue and achieved notable diplomatic successes in its negotiations with the Houthis, Muscat’s growing assertiveness as a diplomatic arbiter has caused controversy within the GCC. The long-term success of Oman’s mediation efforts in Yemen hinges on Muscat easing tensions with Saudi Arabia and the UAE, as both countries continue to wield decisive influence over Yemen’s future political trajectory.